US farmers are upset that Australia and Canada will soon get a leg up on them under the TPP trade pact, with reduced tariffs selling wheat to Japan. 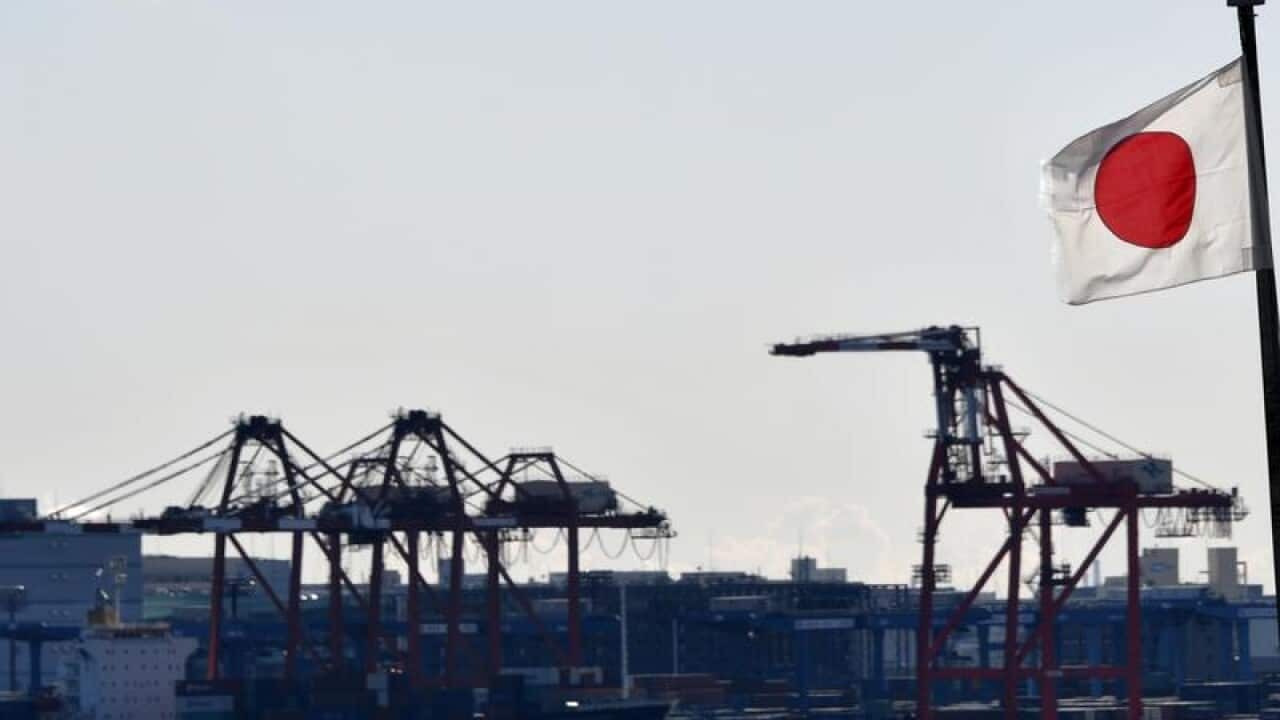 US farmers are complaining the TPP will give Australia and Canada easier access to Japanese markets. (AAP) Source: SBS

After President Donald Trump withdrew the US from the TPP on just his third day in the White House in 2017, the States will be left on the sidelines when the re-shaped TPP-11 comes into effect 12am on Sunday AEDT.

Australia, Canada, Japan, Mexico, New Zealand and Singapore were the first nations to ratify the agreement, formally titled the Comprehensive and Progressive Agreement. Vietnam, Chile, Brunei, Peru and Malaysia are set to follow in coming months

Advertisement
US farmers, already hit hard by Trump's tariff battle with China and the lack of a free trade agreement with Japan, are bracing to immediately lose market share.

American wheat and beef producers have been particularly vocal.

They expect Australian farmers to use their TPP advantage to sell more to Japan.

"Japan is generally a market where we seek to maintain our strong 53 per cent market share, but today we face an imminent collapse," US Wheat Associates President Vince Peterson told a public hearing held by the US Trade Representative earlier this month.

"Frankly, this is because of provisions negotiated by (former US president Barack Obama's administration) for our benefit under the Trans-Pacific Partnership.

"Our competitors in Australia and Canada will now benefit from those provisions, as US farmers watch helplessly."

Peterson said Australian and Canadian wheat producers will enjoy an immediate seven per cent drop in tariffs selling to Japan because of the TPP-11.

"In very real terms, as of April 1, 2019, US wheat will face a 40 cent per bushel, or $US14 per metric tonne, resale price disadvantage to Australia and Canada.

"After nine years the US will face an automatic premium of $US70 per tonne.

"But by that time most of the market will be long gone."

The National Cattlemen's Beef Association says exports to Japan, the top market for US beef with nearly $US2 billion in sales in 2017, could be eroded by Australian beef exporters enjoying tariff reductions to Japan under TPP-11.

The beef tariff in Japan will be cut by 27.5 per cent for Australian producers in the first year of the agreement for fresh and frozen products.

The NCBA said in most cases TPP-11 countries will see their tariff rates for beef exports to Japan fall nine per cent over the next 15 years.

"The US beef industry is at risk of losing significant market share in Japan unless immediate action is taken to level the playing field."