The US military said Wednesday it is sending helicopters, an aircraft carrier, troops and other equipment to Haiti to provide humanitarian assistance after the impoverished Caribbean nation was lashed by Hurricane Matthew. 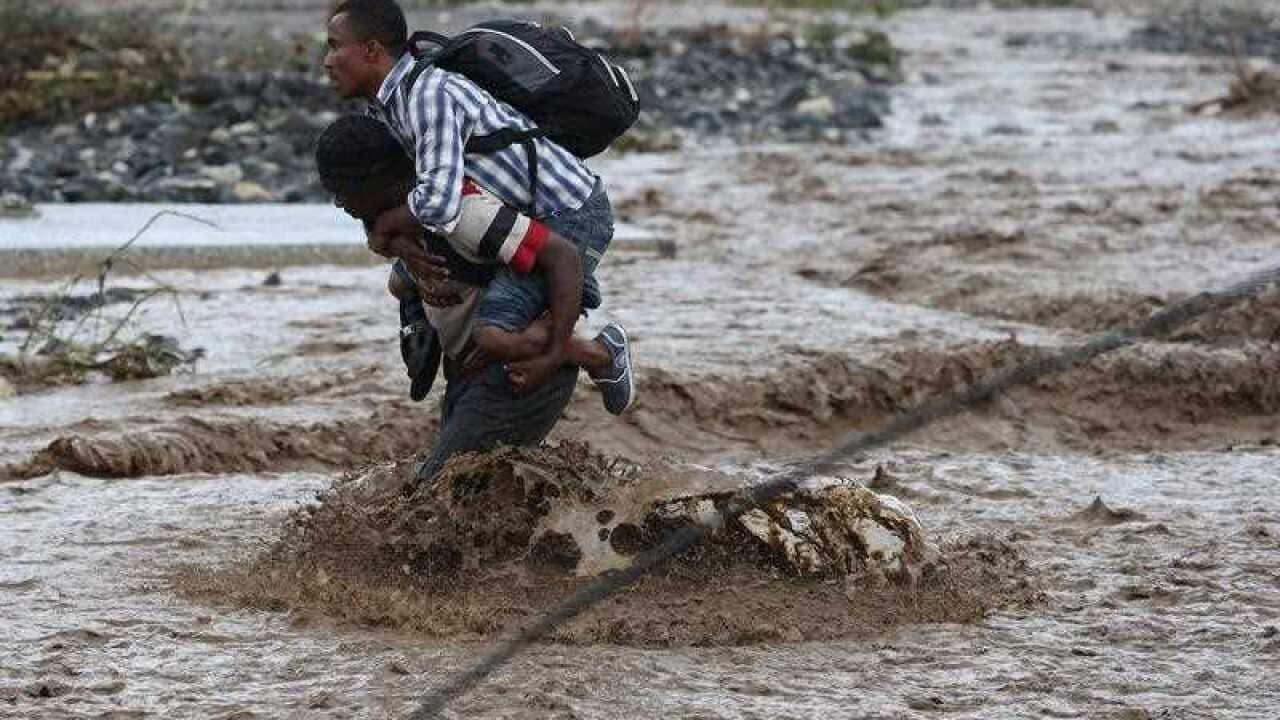 People cross a flooded street after the passing of hurricane Matthew in the country, in Grand Goave, Haiti. Source: AAP

Nine Army and Marine Corps choppers were expected to arrive in Haiti on Thursday, and will conduct surveys to figure out which areas are hardest hit before delivering aid, the military's head of its Southern Command, Admiral Kurt Tidd, told reporters.

"We have reports indicating that roads and communications infrastructure along the southern coastline are impassable," Kurt said.

Hurricane Matthew killed at least 26 people and has left a wake of devastation in Haiti including a local hospital in the hard-hit Les Cayes.

Between 150-200 US troops will be on the ground in Haiti, and operations in the country will be directed from a center at Port-au-Prince airport.

Additionally, the USS George Washington aircraft carrier, the USS Comfort hospital ship and the USS Mesa Verde amphibious transport ship were all en route to the seas around Haiti.

A Navy official said the ships were yet to receive formal requests for help from Haiti.

"They are underway, heading south, to be prepared to provide disaster response. They haven't yet received any orders," the official said.

RELATED STORIES
Hurricane sets Haiti back in recovery from earthquake
Hurricane Matthew pummels Haiti and Cuba, evacuations ordered in US

Hurricane Matthew -- the Caribbean's worst storm in nearly a decade -- pounded Haiti this week, and aid organizations are bracing for "catastrophic damage" in the impoverished nation's hardest hit regions.

The United States Agency for International Development (USAID) is coordinating the US response and has dispatched an elite team to the poorest nation in the Americas.

Separately, the US Air Force said it was evacuating dozens of warplanes from bases in Virginia, North Carolina and Florida as Matthew headed toward the southern United States.

It churned toward the Bahamas and Florida's east coast on Wednesday.