The United States set a record for coronavirus cases on Sunday, with more than 5 million people now infected. 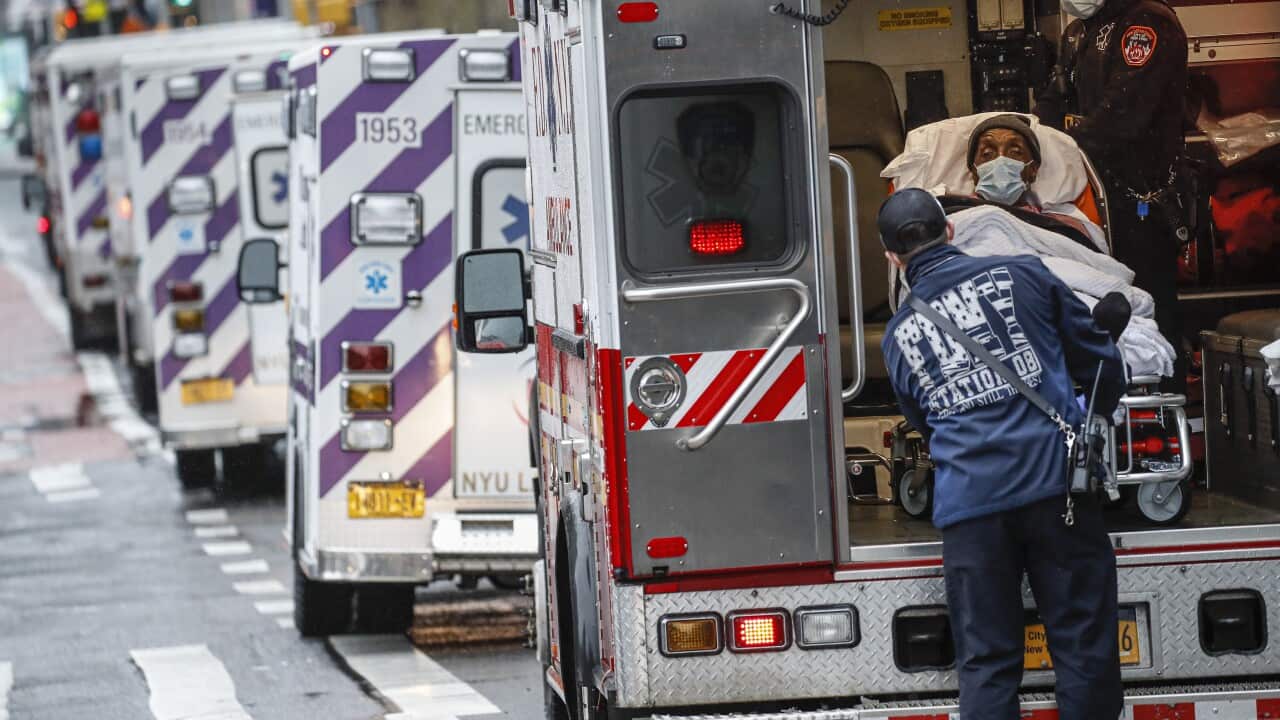 Patient arrives in an ambulance cared for by medical workers wearing personal protective equipment due to COVID-19. Source: AAP

The United States on Sunday reached the extraordinary milestone of five million coronavirus cases as President Donald Trump was accused of flouting the constitution by unilaterally extending a virus relief package.

The US has been hammered by the COVID-19 pandemic, recording over 162,000 deaths - by far the highest of any country, ahead only of Brazil which on Saturday became the second country to pass 100,000 deaths.

Mr Trump's Democratic opponent in the presidential election, Joe Biden, tweeted that five million coronavirus cases was "a number that boggles the mind and breaks the heart."

Advertisement
"It shouldn't have gotten this bad," he said.

The global death toll is at least 727,288 since the novel coronavirus emerged in China last December, according to a running tally from official sources compiled by AFP.

The US has hit 5 million virus cases. Source: AAP

Nearly 20 million cases have been registered worldwide, probably reflecting only a fraction of the actual number of infections.

As around much of the globe, the small African country of Malawi on Sunday imposed tight social restrictions to try to contain the disease, shutting all bars and churches, while hot weekend weather drew crowds in Europe to the beach.

But with the nation's economy still struggling to dig itself out of an enormous hole, Democrats appeared skittish about any legal challenge to a relief package they see as seriously inadequate.

The four executive orders Mr Trump signed Saturday at his golf club in Bedminster, New Jersey will, among other things, defer payroll taxes and provide some temporary unemployment benefits.

The president was seen as keen to show himself taking decisive action ahead of a 3 November election that could see him ousted from office, with polls showing a large majority of voters unhappy with his handling of the crisis.

But Ms Pelosi demurred when asked about possible legal action, saying, "whether (it was) legal or not takes time to figure out."

Treasury Secretary Steven Mnuchin issued a statement Sunday saying Mr Trump "was fully committed to making sure that hardworking Americans and businesses continue to have the resources they need as our country safely reopens."