The US on Thursday reported a 24-hour increase of 1,169 new COVID-19 fatalities - the highest one-day death toll recorded in anywhere in the world since the crisis began. 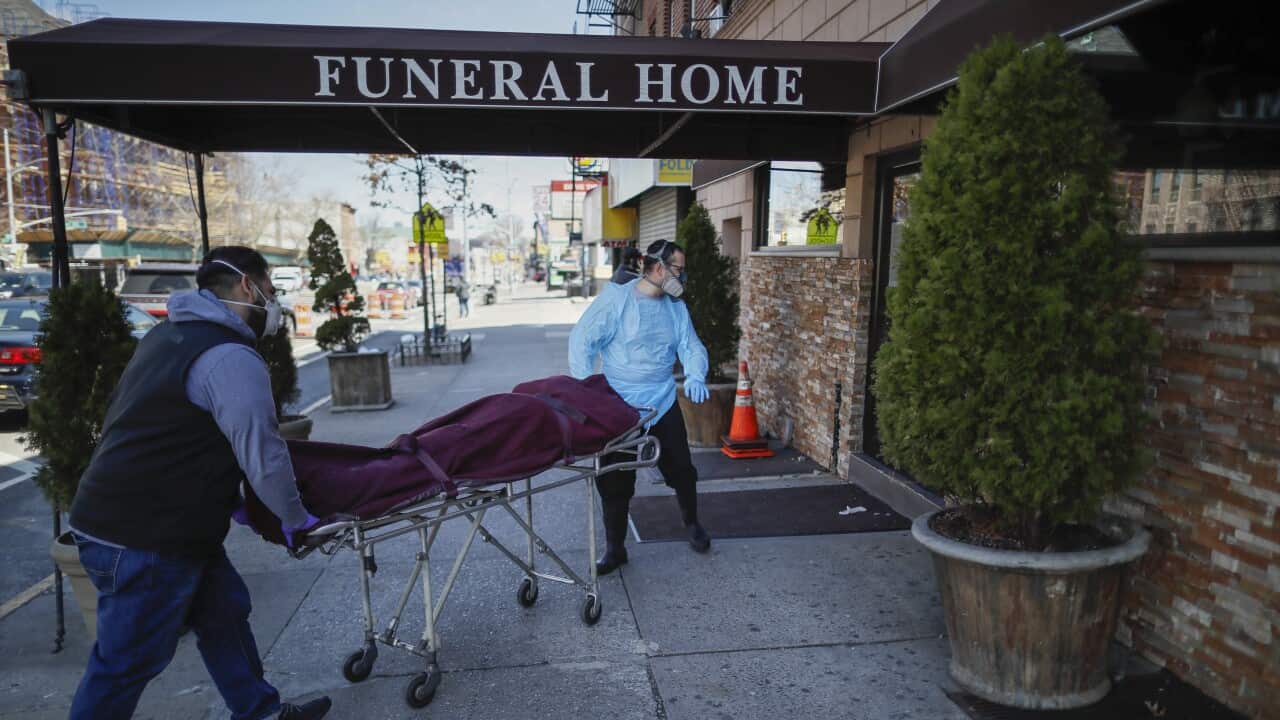 The United States recorded 1,169 COVID-19 fatalities in the past 24 hours, the Johns Hopkins University tracker showed Thursday, the highest one-day death toll recorded in any country since the global pandemic began.

The grim record was previously held by Italy, where 969 people died on 27 March.

The US has now recorded 5,926 coronavirus deaths since the pandemic began.

Advertisement
Globally, Italy still has the highest total death toll, with 13,915 dying of the disease there, followed by Spain at 10,003.

The US also recorded more than 30,000 new cases of COVID-19 in the same 24-hour period, bringing the total number of officially reported cases in the country to more than 243,000, according to Johns Hopkins.

That is roughly a quarter of the more than a million cases reported globally.

New York City is at the epicenter of the American outbreak, recording more than 1,500 deaths and nearing 50,000 positive cases, according to figures released late Thursday by city health authorities.

More than 1.3 million COVID-19 tests have been conducted in the US, Vice President Mike Pence said Thursday at a daily White House press conference on the virus.

"We are now conducting over 100,000 coronavirus tests per day," President Donald Trump added at the same briefing, saying that was "more than any other country in the world, both in terms of the raw number and on a per capita basis."