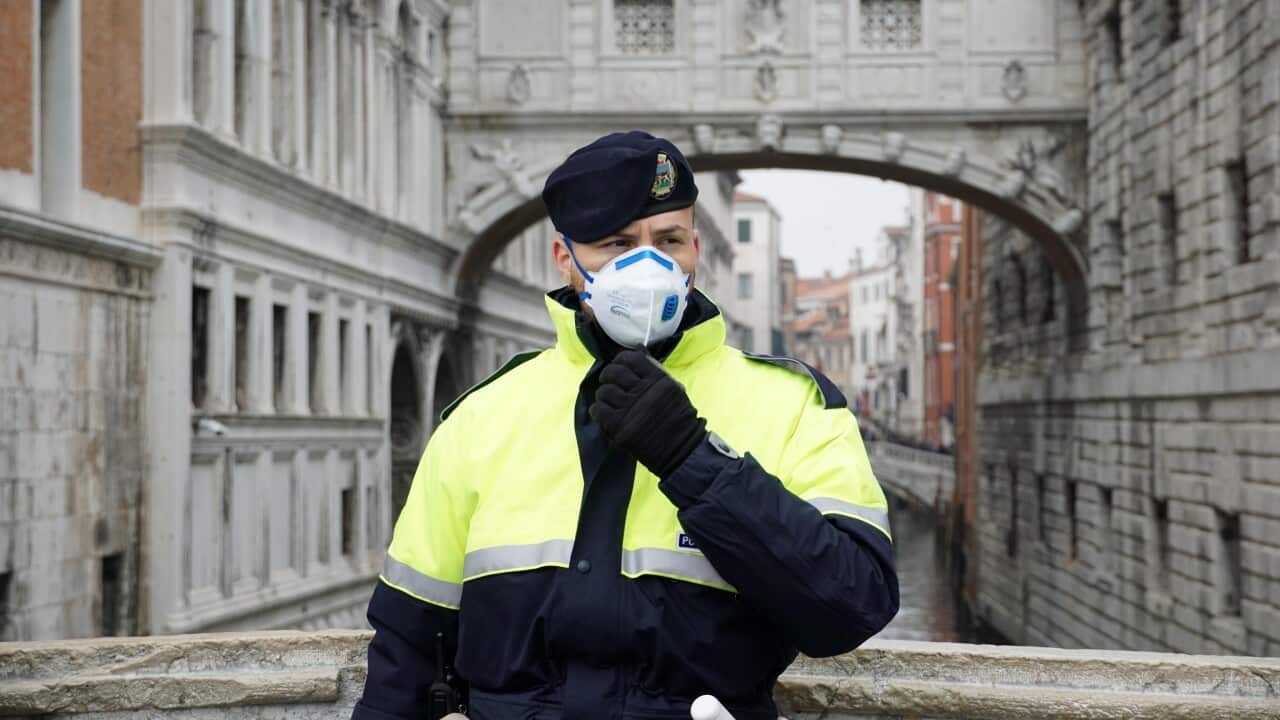 The Venice Carnival has been cancelled over concerns for the spread of coronavirus in northern Italy. Source: AAP

High profile events including fashion shows in Milan, Serie A football matches and the last days of the Venice Carnival have been disrupted from the outbreak. Source: AAP

Businesses have closed in Codogno, one of 11 towns in lockdown amid fears of a coronavirus outbreak. Source: AAP