Veteran suicide inquiry will be 'bigger and better' than a royal commission, PM says

A permanent independent commissioner into veteran suicides will be appointed to investigate deaths and make recommendations on mental health and wellbeing. 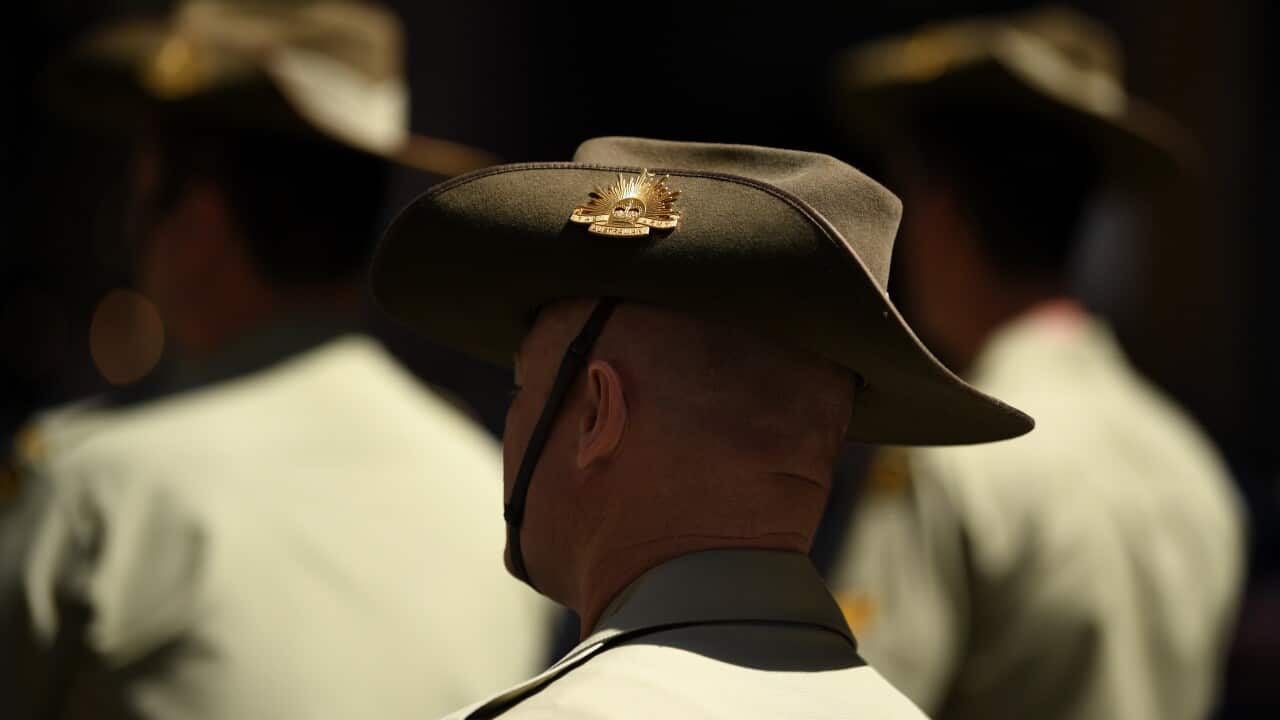 A permanent independent commissioner has been appointed to investigate veteran suicide.

The new National Commissioner for Defence and Suicide Prevention will reportedly have the powers of a royal commission to probe the deaths of more than 400 serving and ex-service men and women have taken their own lives since 2001.

The national commissioner will investigate the deaths of more than 400 Defence personnel since 2001, and report back within 18 months.

Advertisement
The permanent role requires new legislation, but an interim chief will work out of the prime minister's department immediately.

Mr Morrison said the inquiry would be able to keep evidence private, unlike a royal commission.

"I think we've come up with a much better way that brings everybody together," he said.

He said he believed the ultimate result would be "bigger and better" than a royal commission.

Mr Albanese endorsed the public campaign after meeting with Julie-Ann Finney, whose son David died by suicide earlier this year.

While making clear he would have preferred a royal commission, Mr Albanese welcomed the alternative as a necessary step.

"We don't want the perfect to be the enemy of the good here," he told reporters in Canberra.

"Labor will approach this issue in a positive way and join with the government in participating in this process."

The suicide rate for ex-servicemen is 18 per cent higher than the broader population and ex-servicewomen are twice as likely to take their own lives as other Australian women.

READ MORE
'Life just went to crap': why army veterans are twice as likely to end up in prison

The government will spend $40 million to set up the office of the commissioner.

Apart from investigating past and new deaths, the commissioner will also make recommendations to improve mental health and wellbeing.

The watchdog will deliver an annual report to parliament to assess the reduction of suicide risk factors.

'Veterans are sick of it'

"Every day I wake up and I remember my mates that have been killed on operations and my friends that have died by suicide," he said.

"I'm sick of it, veterans are sick of it and the family members are absolutely sick and tired of burying our loved ones and now this is the action."

The government will also establish a veteran family advocate alongside the new commissioner role to communicate with veterans and their families and help develop related policy.

Readers seeking support and information about self harm and suicide can contact
Lifeline
24 hours a day online and on 13 11 14. Other services include the
Suicide Call Back Service
on 1300 659 467,
Beyond Blue
and
Kids Helpline
(for people aged five to 25) on 1800 55 1800. More information about mental health is available at
Beyond Blue
.