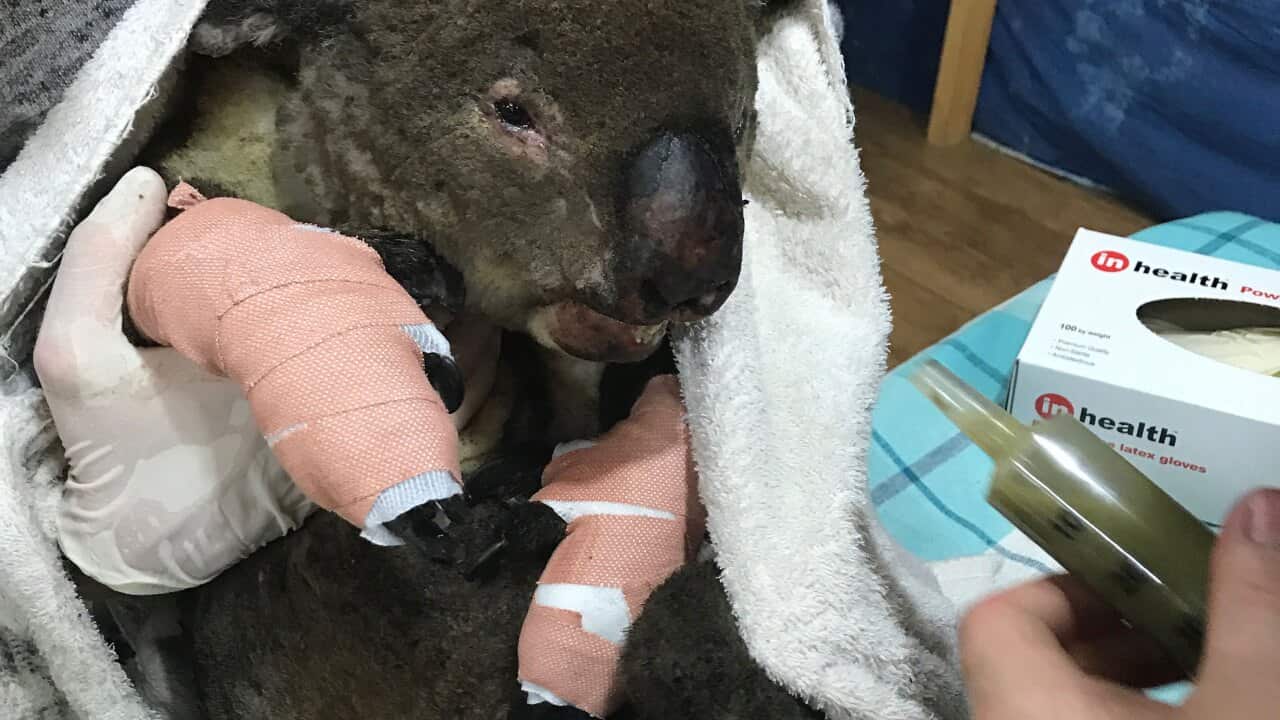 A team of veterinarian staff have entered bushfire zones in Victoria to treat injured wildlife affected by the state's current crisis.

Advertisement
"Many people are asking how they can help affected wildlife. At the moment we are focused on getting veterinary supplies and skilled staff to the bushfire sites," Zoos Victoria CEO Dr Jenny Gray said.

More than 1,000 people and their pets trapped in Mallacoota were
evacuated by a naval ship
on Friday after the small town was cut off by an out-of-control bushfire.

Dedicated wildlife carers have also been working with the Incident Control Centre that has been established by the Victorian Government.

"Across the nation's bushfire-affected areas, it is estimated that as many as 500 million animals, including critically endangered species, have already perished in the bushfires," Dr Gray said.

There have been more than 480 million animals killed, either directly by fires, or because of the subsequent depletion of food and shelter in New South Wales alone since September 2019
according to a calculation by professor Chris Dickman
, an ecology and conservation expert at the University of Sydney.

As people escaped South Australia's Kangaroo Island, authorities warned they should not take injured koalas and other wildlife to the mainland for treatment.

This was particularly important for the island's koalas which make up the only population in South Australia free of chlamydia.

"We've received reports that some koalas from Kangaroo Island have been taken to Adelaide by people who want to get help for them," he said.

"It's understandable and heartening that people want to rescue these animals, but unfortunately it will mean that those koalas can't be returned to the island because of the risk of contamination of the population there."

Chlamydia in koalas can cause blindness, bladder inflammation, infertility and death.

As the island's animals are isolated and free of the disease, its introduction would devastate the population.

Mr Grear said because of the size of the fires burning on the island, it was too soon to know how many animals had been affected.

South Australian Veterinary Emergency Management (SAVEM) has been activated to manage the wildlife rescue effort and is working with other groups in fire-affected regions.

The island blaze remains uncontrolled and has already burnt through more than 100,000 hectares of scrub, including much of the Flinders Chase National Park.