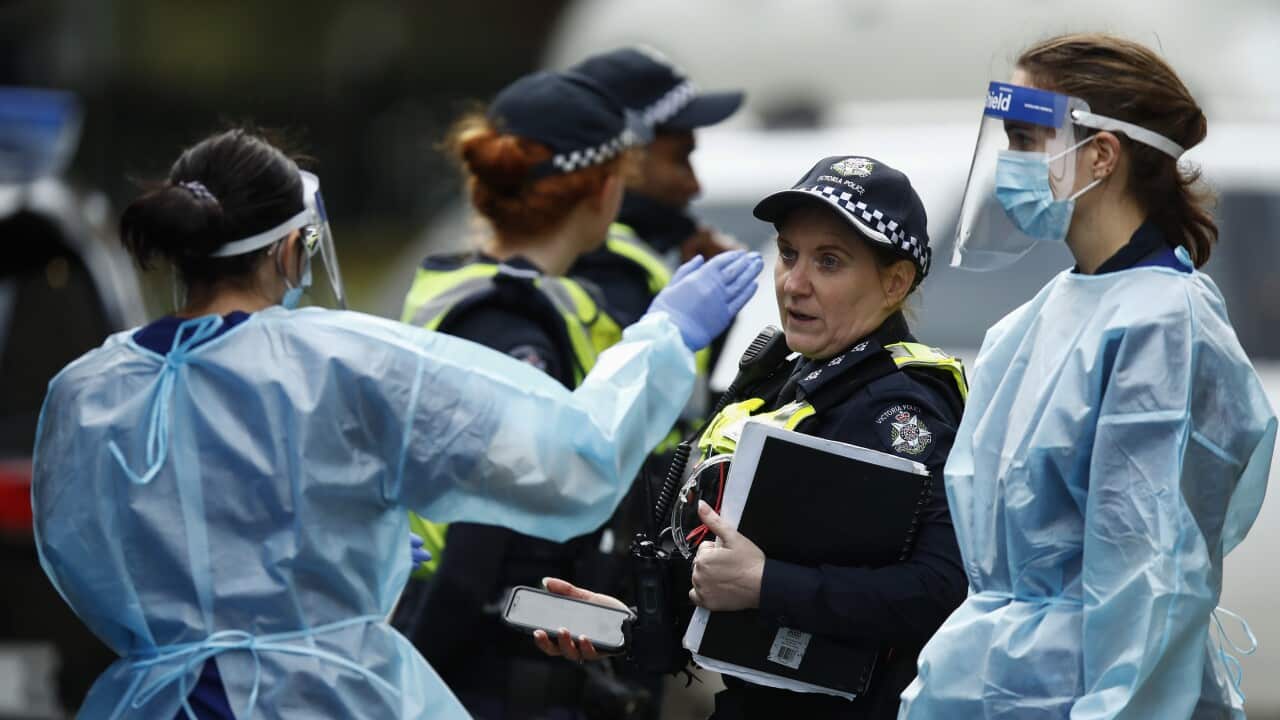 The border between New South Wales and Victoria
will close
for the first time in 100 years as coronavirus cases in Melbourne hit a record high.


The closure, which comes into effect at 11:59pm on Tuesday, will be policed on the NSW side, he added.

The Saturday spike resulted in a
hard lockdown
of nine public housing blocks in North Melbourne and Kensington for at least five days.

A sign is seen on a window at one of the public housing towers on Racecourse Road in Flemington, Melbourne. Source: AAP