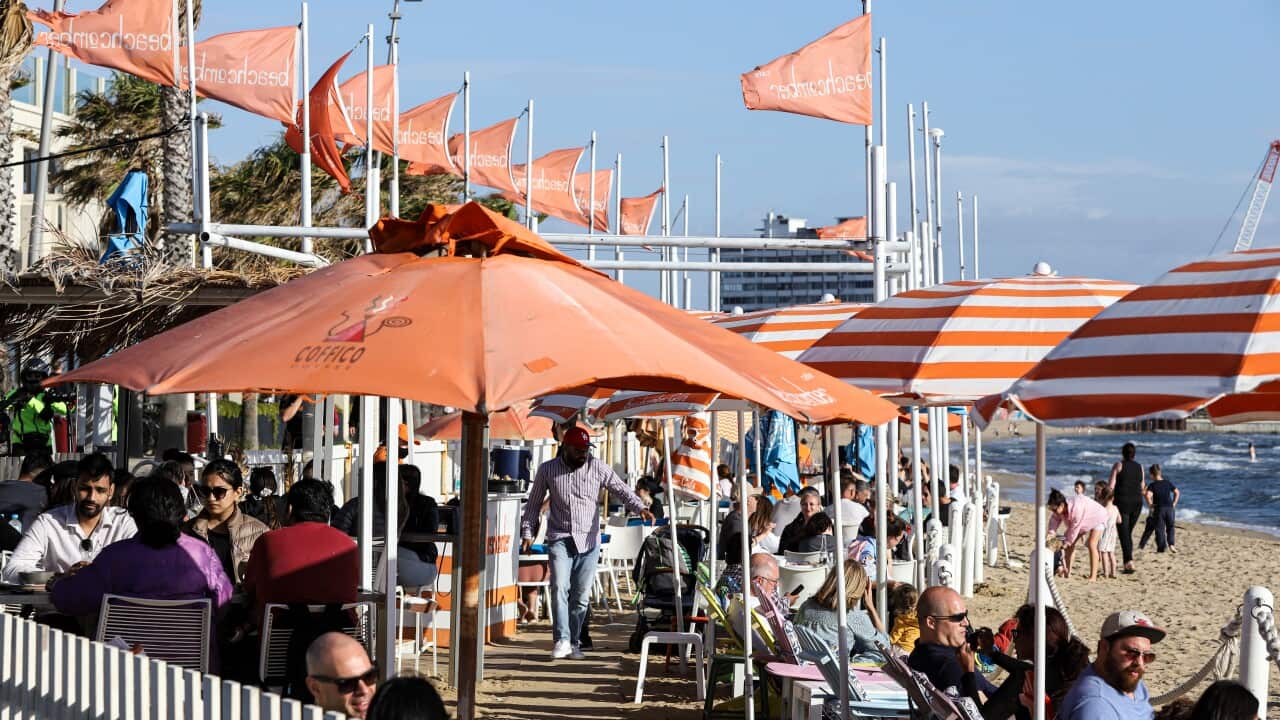 Victoria and New South Wales have recorded a combined 1,753 new COVID-19 infections and 16 deaths, as both states continue to see an uptick in cases.

Three of NSW's 560 new cases are of the Omicron variant.

It comes as Queensland announces quarantine rules for close contacts of COVID-19 cases will be relaxed from the start of next month.

Advertisement
Victoria on Saturday added 1,193 new infections to its COVID-19 caseload along with 13 virus-related fatalities.

Seven of the deaths were historic cases that occurred in November, the state's health department said.

Saturday also marked the sixth consecutive day where the number of new cases in Victoria has been above 1,000.

There are 323 patients with COVID-19 in Victorian hospitals, 68 of whom are in intensive care and 29 who require ventilation.

The new caseload came from 83,000 test results in the 24 hours to Friday evening.

The state is now managing more than 11,400 active coronavirus cases.

Victoria is now 92 per cent double vaccinated among people aged 12 and over.

As of Saturday, there were three Omicron cases in Victoria, though authotiries expect genomic sequencing to uncover more in the coming days.

He confirmed in a statement the mechanism would come into effect at 11:59pm on 15 December, when the current state of emergency expires.

Mr Andrews says he consulted with Chief Health Officer Brett Sutton and Health Minister Martin Foley before making the declaration, with Professor Sutton noting the widespread community transmission of COVID-19 in the state and thousands of active cases that require care.

NSW's 560 new cases is the highest daily tally recorded in the state since 9 October, two days before lockdown lifted.

The three new Omicron cases bring the number of people diagnosed with the new variant in NSW to 45.

Three new deaths have also been recorded in the state: two men in their 80s and a woman in her 70s.

One of the men in his 80s was a resident of the Gillawarna Village Aged Care facility, where he acquired his infection. He had received three doses of a COVID-19 vaccine and had underlying health conditions.

The other man and the woman in her 70s had received two vaccine doses and underlying health conditions.

Health authorities are concerned festive season celebrations - many of which are being held inside due to heavy rain brought by the La Niña phenomenon -  are driving an uptick in cases.

"The transmission in these types of settings is contributing to the increase in cases," NSW Health’s Jeremy McAnulty said on Friday. "We urge people not to attend any of these social functions or venues if you have any symptoms at all, even if mild."

A trivia night at a Sydney pub sparked a new cluster of cases, with at least 46 patrons testing positive for the virus after attending the Oxford Tavern in Petersham on 30 November.

Authorities are also concerned about 140 passengers who embarked on a Sydney Harbour cruise last Friday night.

NSW Health has also issued alerts for the Golden Sheaf Hotel in Double Bay and the Albion Hotel in Parramatta. Woody's Surf Shack Night Club in Byron Bay has also been linked to at least three cases, while an event at the nearby Coorabell Hall last Saturday night has resulted in 16 cases so far.

There are 150 COVID-19 cases in hospital, with 25 people in intensive care.

The new local case is a Gold Coast woman who was already under investigation on Friday, and who authorities believe likely caught the virus from a casual contact at a Bunnings store.

Health Minister Yvette D'Ath also announced that from 1 January, fully vaccinated household contacts of positive COVID-19 cases will only have to quarantine for seven days.

However, they will need to get tested on day one and five, and if they then return negative results they can be released.

During days eight to 14, the close contact must wear a mask outdoors and not visit high-risk settings such as hospitals, aged care facilities and correctional facilities.

"We know there is still a risk from day eight to 14 but what we know is that risk is reduced when you are fully vaccinated," Ms D'Ath told reporters.

Businesses visited by active COVID-19 cases will no longer have to shut for deep cleaning from 1 January but will still need to for a normal clean.

It comes as the ACT announces it recorded 11 new COVID-19 cases in the 24 hours to 8pm Friday.

It takes the number of active cases in the Territory to 76.

There are five people in hospital, two of whom are in intensive care.

Just over 98 per cent of the population aged 12 and over are now double vaccinated.