Prime Minister Scott Morrison has issued a call for international students and working holiday makers to "come on down" to Australia as the nation grapples with workforce shortages. 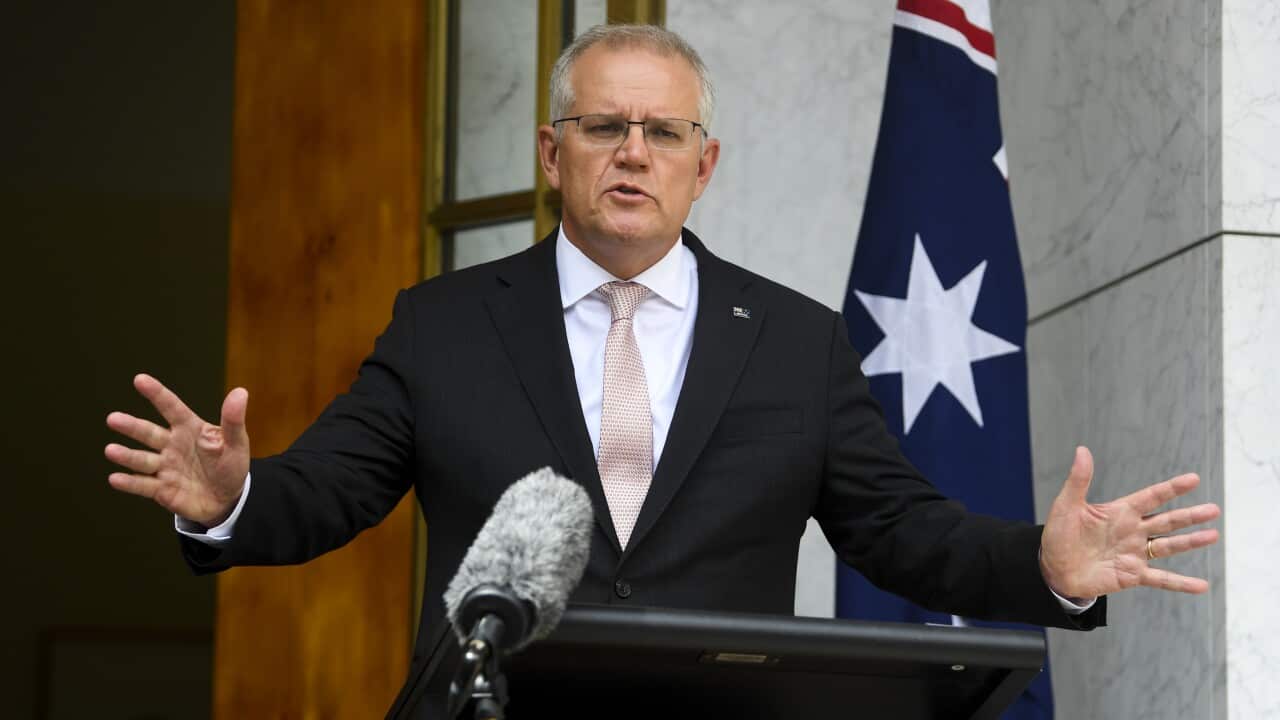 International students and working holiday makers who arrive in Australia from today will have their visa application fees rebated to encourage more to enter the country.

Prime Minister Scott Morrison announced the changes on Wednesday to help the nation ease workforce shortages caused by the spread of the Omicron variant.

“What we'll be doing is we will be rebating the visa application fees from all those who arrive today,” he told reporters in Canberra.

International students will have the fees waived for eight weeks from Wednesday, while the changes will be in place for 12 weeks for working holiday makers.

Mr Morrison called on the visa holders to consider coming to Australia as soon as possible.

“My message to them is come on down,” he said.

“We want you to come to Australia and enjoy a holiday here in Australia - move all the way around the country and, at the same time, join our workforce.”

The Working Holiday Maker (WHM) program allows "young adults to have a 12 month holiday, during which they can undertake short-term work and study", according to the Home Affairs website.

The current visa application fee charge applied against international students is $630 and against working holiday makers is $495.

The rapid rise of COVID-19 infections has resulted in thousands of people being forced off work due to the virus or being required to self-isolate as a close contact.

Mr Frydenberg said the government wanted to lure an estimated 175,000 foreign students and working holiday makers to come to the country and the scheme was expected to cost $55 million.

"We are putting out the welcome mat," Mr Frydenberg told reporters.

The federal government last week announced a 40-hour per fortnight working cap would be removed for foreign students in sectors affected by workforce shortages.

There are currently around 325,000 foreign students in Australia - with an estimated 150,000 still offshore, and there are an estimated 18,500 onshore working holiday makers onshore and 23,500 offshore.

Mr Morrison said foreign students working and being trained in health and aged care would, in particular, be "incredibly helpful" as the nation continues to grapple with the pandemic.

The National Farmers Federation has also warned about the impact of labour shortages on farms stemming from working holiday makers being unable to enter the country over the past two years.

Australia's borders only reopened to international students and working holiday makers last December after being shut down in response to the pandemic in March 2020.