Voluntary assisted dying will not be introduced by Annastacia Palaszczuk's Labor government before Queenslanders head to the polls in October. 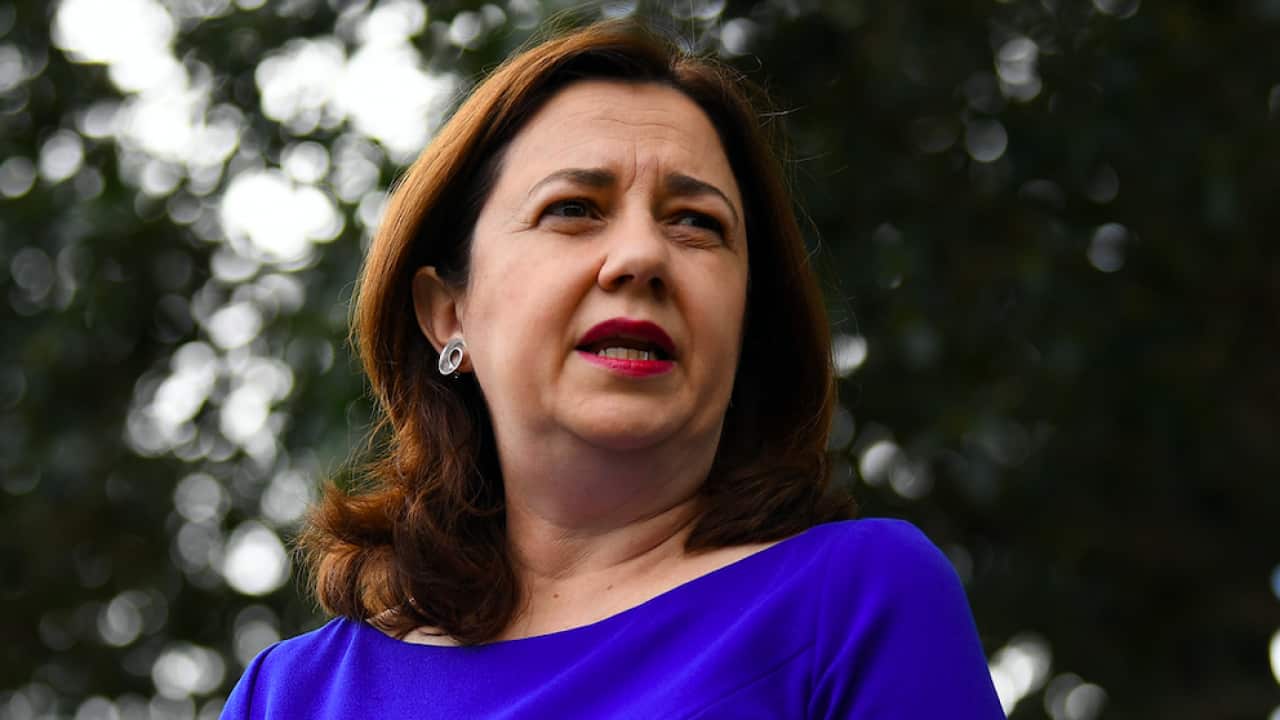 Hundreds of terminally ill Queenslanders could wait years for lawful ways to die after the state government stalled a voluntary euthanasia law.

Annastacia Palaszczuk confirmed on Thursday her Labor government will not legalise voluntary assisted dying before the October state election.

One terminally ill Queenslander takes their own life every four days, according to the findings of a parliamentary committee that spent 18 months gauging public opinion on voluntary euthanasia.

Advertisement
A sample bill similar to laws in Victoria and Western Australia was put forward in March by the committee, which found more than 80 per cent of the community was in favour.

The sample bill, drafted by Queensland University of Technology Professors Ben White and Lindy Willmott, will now be referred to the state's Law Reform Commission.

Advocates feel let down by the delay to introduce a law to parliament.

"The aim of VAD laws is to give another option at the end of life to those with terminal illness causing intolerable suffering," David Muir, chair of the Clem Jones Trust, said in a statement.

"It is especially disappointing for them that action on law reform is now deferred to the next term of state parliament."

Mr Muir fears the timetable risks turning new laws into a political football at the next state election.

"The premier and LNP leader promised their MPs a conscience vote, but we have no idea if such guarantees will be repeated by whoever leads the government and opposition after October," he added.

It is now up to Queenslanders to make voluntary euthanasia a reality by backing candidates or MPs who will vote in favour of such a law in the next parliament, Mr Muir said.

Genuine faith-based opposition to a new law should be respected, Dying With Dignity Queensland president Jos Hall said, but opponents should not impose their views on others and deny access to people who are suffering.

"No VAD law gives an open-slather right to VAD - they all contain strict criteria, safeguards, and protections including the right for those with personal objections not to participate," Ms Hall said.

The commission has been tasked to report back with a second draft by next March for the state government's final consideration.

Michael Berkman, a Greens MP who sat on the parliamentary committee, has questioned why the referral wasn't made 18 months ago.

"Our 400+ page report and the draft White and Wilmott Bill is being put in the bottom drawer," he wrote on Twitter.

The premier has described the issue as complex and deeply personal, with issues needing to be worked through before a scheme can be brought in.

Under the sample bill, patients must be diagnosed with an advanced or progressively terminal, chronic or neurodegenerative condition that cannot be eased to be eligible.

They must also be Australian citizens or permanent residents in Queensland with the capacity to make decisions.

Those with a mental health illness would not be ruled out, so long as they can make decisions.

The
Australian Centre for Grief and Bereavement
can be contacted on 1800 642 066.