Warming Arctic is 'new normal', will affect us all: report

A rapidly warming Arctic, where temperatures are rising twice as fast as the rest of the planet, is the "new normal," and the melting ice is triggering environmental changes that will affect the whole world, warned a global scientific report. 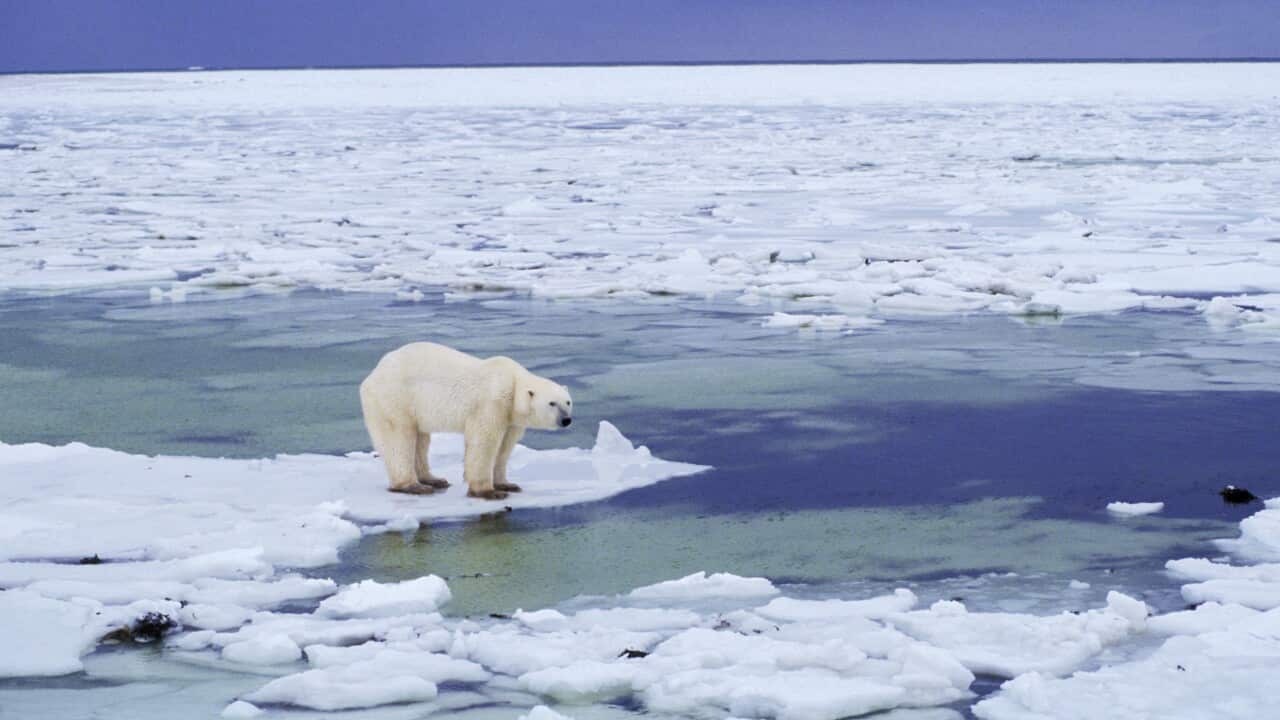 A NASA report last year said the sea ice extent on both poles had reached the lowest levels since data began being collected in 1979. Source: AAP

The Arctic is going through "an unprecedented transition in human history," that will accelerate sea level rise and boost the frequency of extreme weather events, said the Arctic Report Card, released annually by the US National Oceanic and Atmospheric Administration.

The region around the north pole "shows no sign of returning to the reliably frozen region it was decades ago," it said.

Last year, winter sea ice fell to the smallest extent on record, and air temperatures reached the second warmest in modern times, said the peer-reviewed report compiled by 85 scientists from 12 nations.
Advertisement
Fewer heat records were shattered last year, compared to 2016. But in context, the trend was clear.

"The magnitude and pace of the 21st century sea ice and surface ocean warming decline is unprecedented in at least the last 1,500 years and likely much longer," said the report.

"There are many strong signals that continue to indicate the Arctic environmental system has reached a 'new normal.'"

The consequences of this continued warming are dire, according to co-author Jeremy Mathis, director of NOAA's Arctic Research Program.

"The changes that are happening in the Arctic will not stay in the Arctic," he told the annual meeting of the American Geophysical Union in San Francisco, where the report was released.

"These changes will impact all of our lives. They will mean living with more extreme weather events, paying higher food prices and dealing with the impacts of climate refugees."

The warming is already harming valuable fisheries in the eastern Bering Sea, compromising roads, homes and infrastructure due to permafrost thaw and risking increasing wildfires at high altitudes, said the report.

"The Arctic has traditionally been the refrigerator of the planet," explained Mathis.

"But the door to that refrigerator has been left open and the cold is spilling out, cascading throughout the northern hemisphere."

Scientists say the two most pressing problems are the melting of the Greenland ice sheet and the warming of Arctic air and water.

"Greenland ice sheet melting has the potential to trigger catastrophic sea level rise, while the overall warming that is occurring in the Arctic can disrupt the jet stream, which drives our weather patterns and contributes to extreme weather events," said Mathis.

"These changes will impact all of our lives. They will mean living with more extreme weather events, paying higher food prices and dealing with the impacts of climate refugees." - Jeremy Mathis, director of NOAA's Arctic Research Program

Unusual cold snaps, drought in the western US, and storms along the Gulf Coast could all be influenced by Arctic sea ice melting, he said.

"We are seeing from model results and now from some limited observations that there are some connections between the warming and the loss of sea ice in the Arctic and the propagation of extreme weather events that we are having across North America,' he told the conference.

While much more research is needed to fully understand how the Arctic is influencing weather globally, Mathis said "we are fairly confident now that something is going on in the Arctic."

The Arctic Report Card is now in its 12th year, and is the first to be issued since the inauguration of President Donald Trump, who has vowed to quit the 2015 Paris climate deal and has described global warming as a Chinese hoax.

NOAA's acting administrator Tim Gallaudet was asked at a press conference if the American public should have confidence in the US government's actions to fight climate change.

"The public -- citing the State of the Arctic Report Card as an example -- should have high confidence in us, NOAA and the administration, because we are continuing to report on changes around the planet and in the Arctic to better inform the public and the government," he answered.