Malcolm Turnbull has been asked in question time whether the US president was right when he said the Australian PM was 'worse than he is' on immigration. 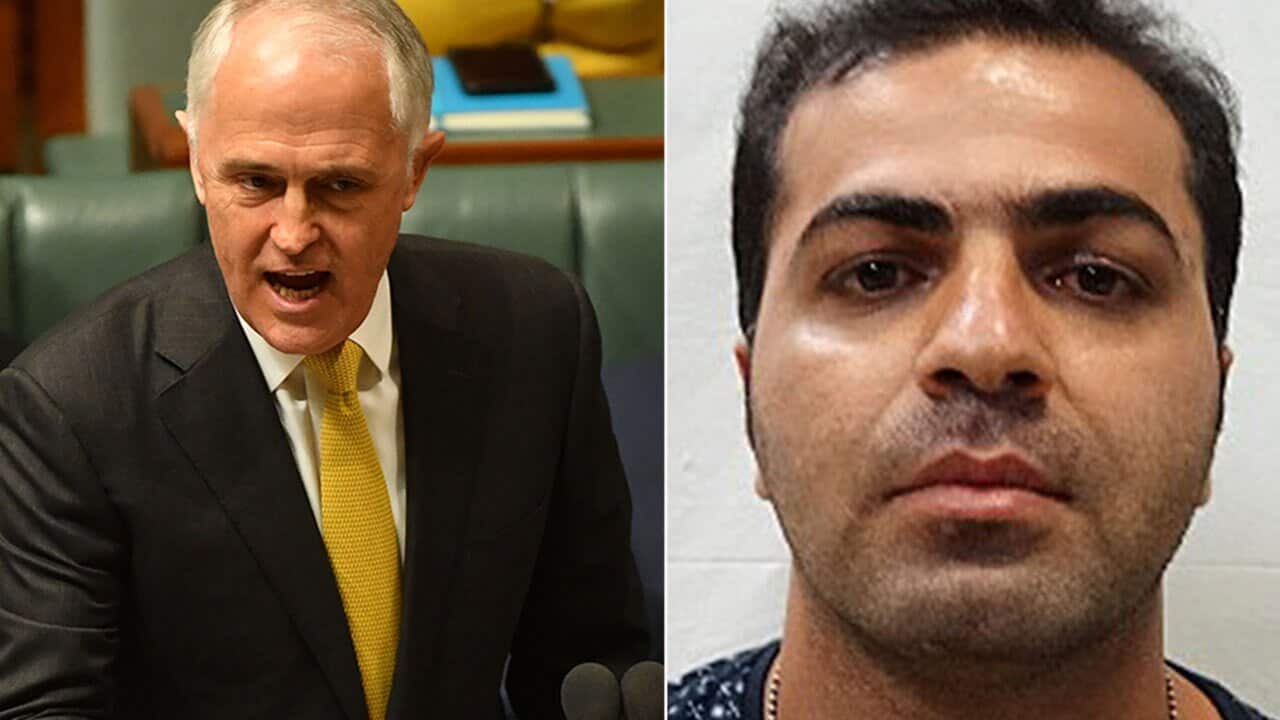 "We all regret the death the honourable member referred to (of) the person detained in PNG," Mr Turnbull said in question time.

Hamed Shamshiripour reportedly had a history of mental illness, and
refugee advocates and other asylum seekers say they had been calling for extra support
prior to his death.

Advertisement
It’s believed the 31-year-old had spent the last four years in detention.

Mr Turnbull told parliament: “We stand for the integrity of Australia’s borders.”

"We are not going to outsource our borders to people smugglers ever again."

"People's lives have been broken in immigration detention and yesterday another asylum seeker died on Manus Island," he put to the prime minister.

"Was Donald Trump right when he said that you are worse than he is?"

The question referenced the recently leaked transcript of Mr Turnbull and Mr Trump discussing a refugee swap deal in January.

A photograph of a protest at Manus Island in wake of the death of Hamed Shamshiripour. (Amir Taghinia on Twitter) Source: SBS / , Amir Taghinia Twitter

The prime minister assured the new president the US was not obliged to accept a single refugee, needing only to go through the vetting process for those held in detention to honour the bargain.

Greens senator Nick McKim also disrupted parliament on Tuesday to demand the immediate evacuation of all of those held in detention on Manus Island and Nauru.

“The overwhelming majority of people that Australia has detained on Manus Island and Nauru have been found to be genuine refugees, that is, they have a well-founded fear of persecution, which means they cannot, without being placed in danger, in some cases danger of death, arbitrary imprisonment and torture, be returned to their home countries,” Senator McKim said.

“There are now eight people who have died on Manus Island and Nauru whilst being Australia's responsibility. They have effectively died at Australian hands.”

Senator McKim read aloud the names of eight people who have died while in offshore detention since 2013, before pausing for a minute's silence.

Iranian journalist and asylum seeker Behrouz Boochani on Manus Island accused the prime minister of being more concerned with politics than people.

“The PM is more concern with his political party than the Australian people. People are dying in Manus and Nauru in Australia's name, (sic)” he wrote on Twitter.

The UN High Commissioner for Refugees says it is gravely concerned by deteriorating conditions at the Manus Island regional processing centre as authorities shuffle detainees around ahead of its October closure.

"The UNHCR is deeply saddened by the tragic death of a young refugee yesterday, which also highlights the precarious situation for vulnerable people on Manus Island," the agency said.

The UN believes the looming closure of the processing centre, along with the withdrawal of medical care, torture and trauma support and security services, is exacerbating a highly stressful situation for those on the island.

The agency says many of the nearly 800 refugees on Manus Island fear for their safety outside the centre following violent incidents in recent years.

The UN insists critical services on Manus Island must continue, warning any further reduction of fundamental supports for refugees and asylum-seekers would add to the serious health and security risks of detainees.

Hamed Shamshiripour’s death is being investigated by PNG authorities.

Following news of the death on Monday, asylum seekers in immigration detention on Nauru posted images and video of a protest calling for the shutdown of offshore immigration centres. There has also been a vigil held on Manus Island.

A protest was held on Nauru calling to shutdown offshore detention centres following the death of a refugee. (@Shahriarhatami1 on Twitter) Source: Twitter

On Tuesday afternoon Mr Boochani said on Twitter he was concerned about the well-being of another asylum seeker he said was "in critical condition" with "a fractured skull".

He called for the man who was receiving treatment in hospital to be transferred to Australia.

SBS World News has sought comment and further information from the Department of Immigration and Border Protection who are yet to confirm the claims.