Was it legal to deport West Papuans to PNG?

Questions are being raised over whether Australia acted lawfully when it sent seven West Papuan asylum seekers to PNG. 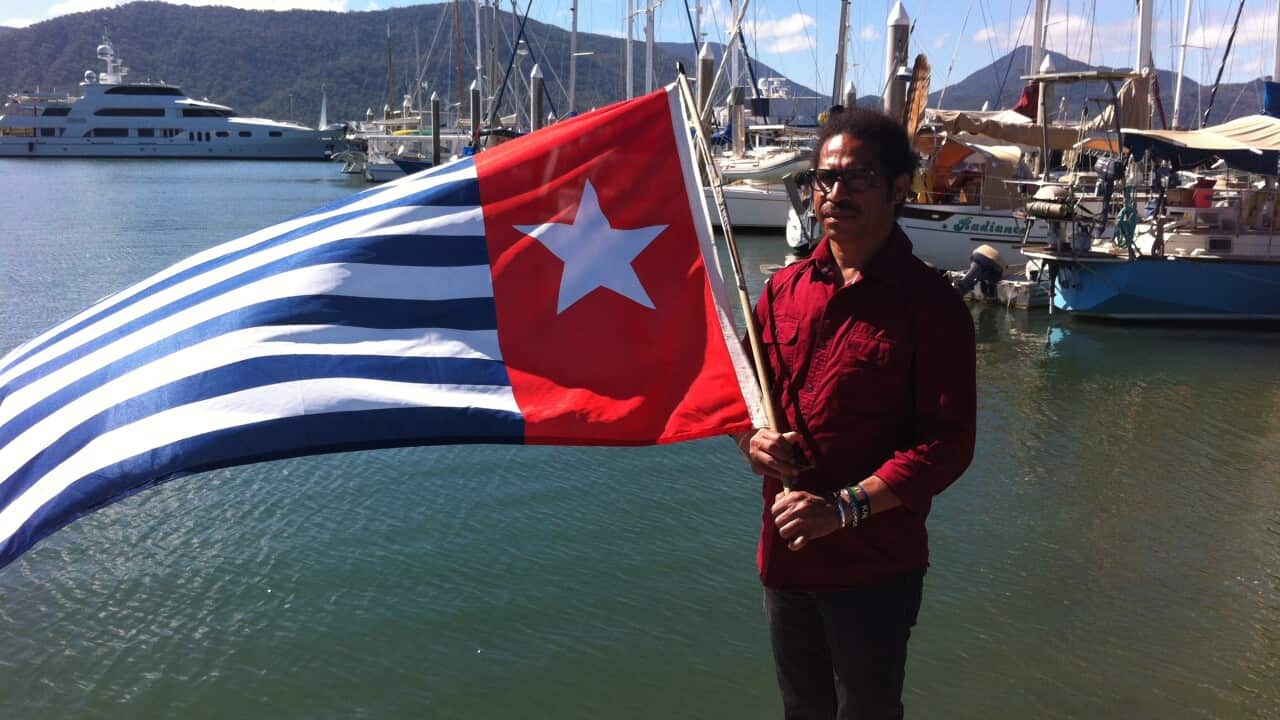 Questions are being raised over whether Australia acted lawfully when it sent seven West Papuan asylum seekers to Papua New Guinea after they were apprehended in the Torres Strait.

People in fear for their lives or political activists intent on grandstanding?

Prime Minister Tony Abbott says the seven are in the latter category and it was appropriate for them to be transported to Port Moresby under a 2003 Memorandum of Understanding with Papua New Guinea.

The seven from the Indonesian province of West Papua, including a 10-year-old child, took part in a ceremony involving the handover of sacred water and ashes from Australian Indigenous elders.

"The group of activists that came through here and did the ceremonial handing of the ashes and the water from Lake Eyre, without my knowledge, I've only found that out in the past couple of days that these guys were doing this around my community, which they indicated down there that they were doing this close to Indonesia, it wasn't, it was just behind one of the islands that is just about 500 metres behind my community."

The elders are members of a group calling itself the Freedom Flotilla, which sailed from Australia towards Indonesia to bring attention to alleged human rights abuses in West Papua, and its long running independence movement.

Indonesia claimed West Papua in 1969 in a referendum regarded by some as a sham.

The seven West Papuans say they were hounded by the Indonesian security forces for taking part in the ceremony and that saw them attempt to get asylum in Australia.

"There was only one or two that speak English, so I managed to talk to them and the information they gave me was that they were fleeing from the tension that is happening in Indonesia. and we could tell that when we were talking with them and trying to get some information they were very very scared and under fear."

The group is understood to have travelled to PNG by speedboat from West Papua and spent just over three days there before crossing the Torres Strait in a small boat to Australia's Boigu Island, which is only a few kilometres south of PNG.

"They arrived by banana boat. It is about a 17 to 20 foot dingy. I think the skipper was, from what the local knowledge says, is that several weeks earlier on he had two Somalians. The local knowledge that was told by the local is that it was the same operator who dropped off the Somalians, because the point they were dropped off at night is the same area in the community, which is the back end of the community, they were found walking up the same street."

Immigration officials intercepted the West Papuans on Boigu before they were flown to Papua New Guinea.

One of the seven, Yacob Mandabyan, told the ABC immigration officials told them they were going to be taken to Australia, but once they were aboard a plane the story changed.

"When we are in the aircraft, when the door is closed the guy from the Immigration told us that we are not going to the mainland but we are returned to PNG. I am asking him why? But their answer: because that's what the boss or the office or anything like that say that that's what the country decides. We are so sad, it's driving us crazy and we all cry, just so upset, yeah."

The Refugee Action Coalition says sending the West Papuans to PNG was unlawful because the 10-year-old MOU only permits Australia to send asylum seekers back to PNG if they had been living there for more than a week.

Ian Rintoul says there are real concerns about how the seven will be treated in Papua New Guinea.

Ian Rintoul's concerns are shared by this man who took part in a demonstration in Melbourne on the weekend against the deportation.

"Taking them to PNG is not very bright idea because Papua New Guinea is not a very safe place for them speaking by my own experience especially one of them who is a minor who is 10 years old so we would like to ask the Australian government and Australian public to see this as a serious matter."

"There were some people who turned up in the Torres Strait last week wanting to grand stand about issues in Papua. Well very swiftly under the usual MOU, under the MOU with PNG, they went back to PNG."