'Wasteful': Home Affairs under fire over one page report on $5 million review

The Home Affairs department paid consultants $5 million to conduct a strategic review, but say they did not produce a comprehensive report. 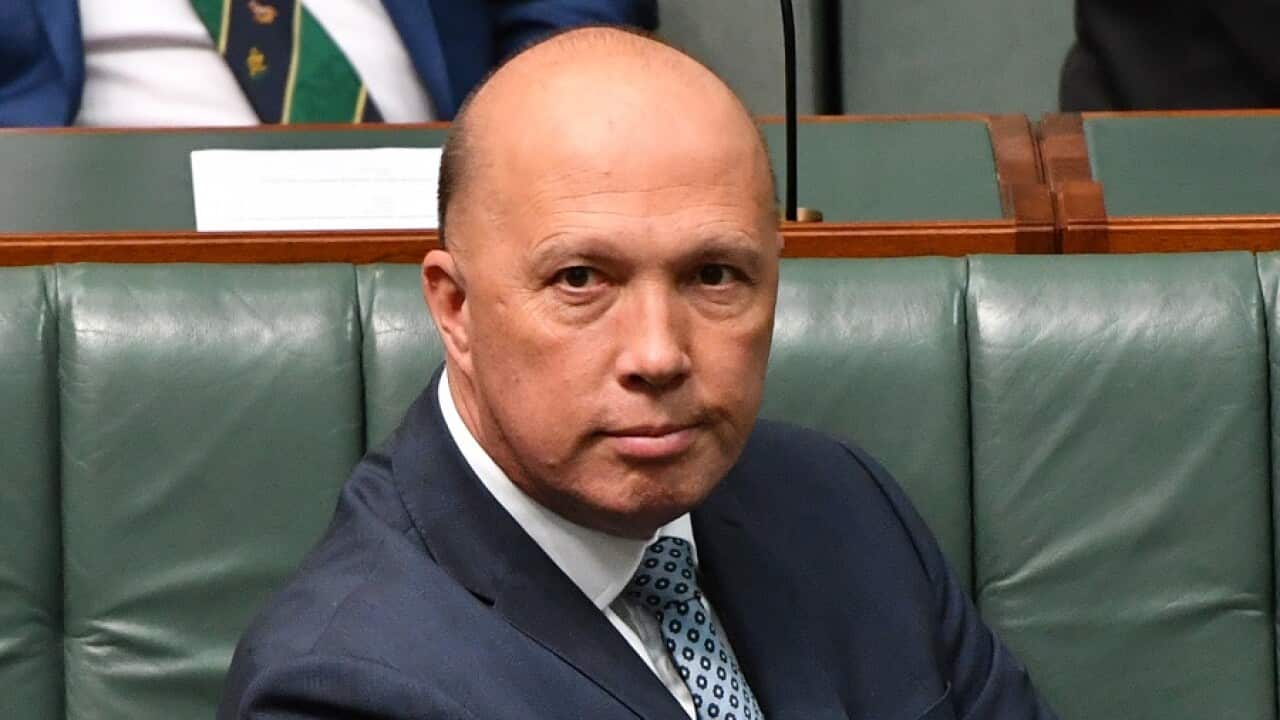 Labor has slammed the government for spending $5 million on a strategic review into the Home Affairs mega department without producing a comprehensive report.

In response to a Senate demand to table the results of the review, the government instead provided a single page of information.

"There was no single consolidated report prepared as part of the strategic review process," the document tabled noted.

It said the review "delivered substantial and long-term benefits" but did not go into detail.

Home Affairs Minister Peter Dutton says it's ultimately a matter for the mother, but he is against late term abortions. Source: AAP

Described by then prime minister Malcolm Turnbull as "the most significant reform of Australia's national intelligence and domestic security arrangements" in more than 40 years, the super department was formed in late 2017 by combining the Immigration and Border Protection Department with parts of the Attorney-General's, Infrastructure and Social Services departments.

The department's responsibilities range from transport security to multicultural affairs, and it manages key national security agencies including ASIO, the Australian Federal Police and the Australian Criminal Intelligence Commission.

Then treasurer Scott Morrison allocated $7 million in the 2018-19 budget to conduct a review of its performance five months after the merger.

But the document said only about $5 million was spent, mostly on consultant fees.

Labor Senator Kristina Keneally has called for the review into the Home Affairs department to be released. Source: AAP

"This is a $5 million piece of paper. This is either the single most expensive piece of paper in the history of this chamber or a blatant rejection of the will of the Senate by a minister who is allergic to scrutiny," Senator Keneally told the Senate on Wednesday night.

"The community has the right to know how one of our largest government departments - and one that is so fundamental to our national security - is being administered."

She accused the Minister of attempting to hide the results of the strategic review.

The review aimed to identify opportunities for "integrating capabilities, reducing duplication and maximising efficiencies" within the mega department.

The Home Affairs department is reportedly under financial pressure, facing a $150 million budget cut in the year to June 2021 after it was already reportedly planning to cut back on boat patrols to save money.

The department has also been under intense scrutiny over its decision to award a $423 million contract to provide services on Manus Island to a company that was registered to a shack on Kangaroo Island.

The department is also preparing to award a major contract worth up to $1 billion to privatise Australia's visa processing system.