'We reject the issue of sex selection': NSW abortion debate to resume next week

Debate on amendments to draft NSW abortion decriminalisation laws will resume next week after upper-house MPs this week passed and rejected several changes. 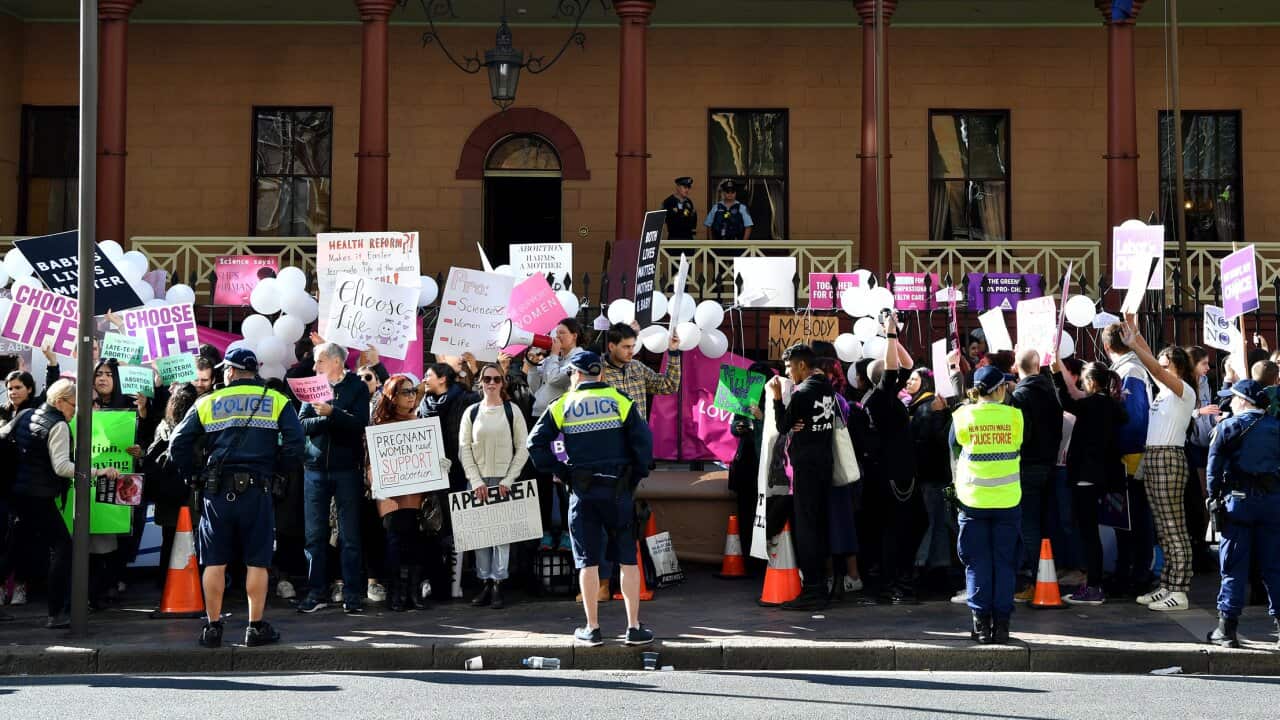 Debate on amendments to a bill decriminalising abortion in NSW will resume next week after the upper house in a late-night session approved a watered-down amendment opposing sex-selective terminations.

An amendment to ban sex-selective abortions was on Wednesday rejected in the upper house, with members voting against the change 26-15.

However, Finance Minister Damien Tudehope, who moved the failed amendment, on Thursday introduced and passed another on the issue.

That amendment diluted the original, stating solely that the NSW parliament opposes sex-selective abortions, and required a future parliamentary report on the issue includes prevention recommendations.

"I'm pleased we've got to a stage where the parliament can, in fact, say to the people of this state that we reject the issue of sex selection," Mr Tudehope said.

Another amendment on Thursday by Labor MLC Greg Donnelly to require informed consent for terminations of foetuses with a suspected or confirmed disability was rejected by 26 votes to 14.

The upper house has passed several amendments, including one clarifying that doctors must provide appropriate care to babies born alive after a termination.

They spent hours on Thursday debating amendments on conscientious objection before agreeing to one moved by Nationals MP Niall Blair, who said it would ease the obligation on practitioners with such an objection.

Debate continues in the NSW parliament on amendments to the bill to decriminalise abortion. Source: AAP

The issue of sex-selective abortions took on additional importance to MPs after three rebel Liberal MPs this week announced and then scrapped a leadership spill motion against Premier Gladys Berejiklian.

Tanya Davies, Matthew Mason-Cox and Lou Amato said in a statement that they had made clear to the premier a minimum of four key amendments were needed to ensure "continued membership of the Liberal Party room", including a prohibition on sex-selective abortions.

However, that prohibition was not approved by the upper house.

Ms Berejiklian on Thursday said she was "entirely relaxed" about the process "because we live in a democracy and people are allowed to express their views".

Debate on the remaining amendments to the bill will resume next Tuesday.