WHO head Tedros Adhanom Ghebreyesus says no more COVID-19 jabs should go to countries that have more than 40 per cent of its population vaccinated. 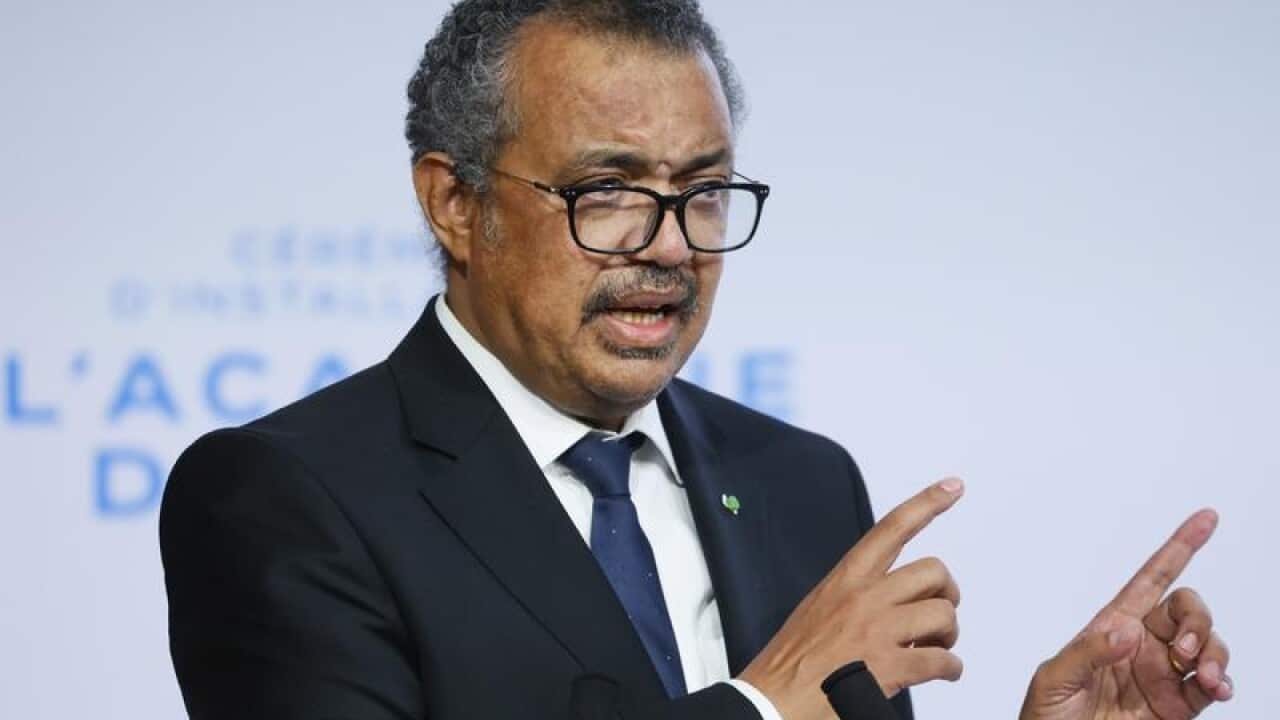 WHO head Tedros Adhanom Ghebreyesus says booster jabs should only be given to the immunocompromised. Source: AAP

The World Health Organisation has called for vaccine makers to prioritise deliveries of COVID-19 jabs to the COVAX dose-sharing facility for poorer countries and says no more doses should go to countries with more than 40 per cent coverage.

WHO Director-General Tedros Adhanom Ghebreyesus said that boosters should not be administered except to people who are immunocompromised.

"We continue to call on manufacturers of vaccines that already have WHO Emergency Use Listing to prioritise COVAX, not shareholder profit," he said.

Poorer countries have so far received just 0.4 per cent of vaccine stocks but make up 9 per cent of the world population.

Dr Tedros said he had heard various excuses as to why this is the case, including that certain countries' vaccination programs were not ready.

However, this was true for only a few countries, he added.

Producers also argue that these countries have not ordered any vaccines - but the WHO chief pointed out that they are relying instead on the COVAX scheme to access them.

COVAX has the funds and contracts to secure COVID-19 vaccines.

"But manufacturers haven't played their part," he said.

Dr Tedros called on producers to stop selling their drugs to countries where more than 40 per cent of the population are already vaccinated, and to only resume such sales only once the other countries had reached 40 per cent with the help of COVAX.

The WHO listing of Indian drugmaker Bharat Biotech's Covaxin on Wednesday contributes to vaccine equity, he added.