Some of the explosive quotes from Bob Woodward's book on on President Donald Trump's first 18 months in office; and the New York Times op-ed assailing Mr Trump. 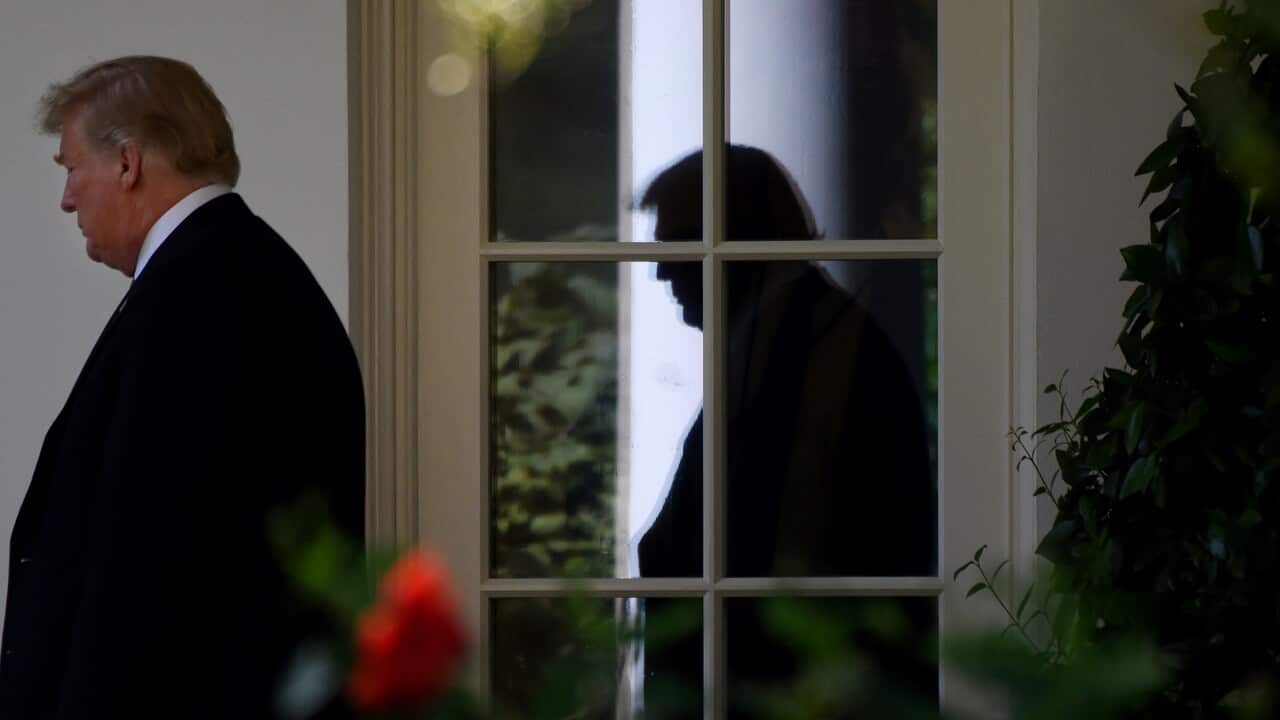 Donald Trump's White House has been convulsed by a bombshell New York Times opinion piece, penned by an unnamed senior administration official and published just a day after excerpts of a
damning book
on the presidency by Pulitzer-winning journalist Bob Woodward.

Here are some of the most incendiary passages from both:

Advertisement
Trump's chief of staff, the retired general John Kelly, considers the president "unhinged," according to Woodward's "Fear," a 448-page account of an out-of-control White House set to hit bookshelves next week.

"He's an idiot. It's pointless to try to convince him of anything. He's gone off the rails. We're in Crazytown. I don't even know why any of us are here. This is the worst job I've ever had," Kelly was quoted as telling a small group of confidants.

Kelly has denied calling the president an idiot.

After a chemical weapons attack blamed on the Syrian regime of Bashar al-Assad in April 2017, Trump allegedly urged Defense Secretary Jim Mattis to kill the Russian-backed president and his entourage.

"Let's fucking kill him! Let's go in. Let's kill the fucking lot of them," Woodward quoted Trump as telling his military chief. According to Woodward, Mattis later told staff, "We're not going to do any of that." The US went on to launch a cruise missile strike against a regime air base.

The Pentagon chief allegedly fumed that Trump had the mental capacity of "a fifth- or sixth-grader" after he had to face a presidential rant about the cost of keeping troops in South Korea to contain the nuclear threat from Pyongyang. "We're doing this to prevent World War III," Mattis was quoted as telling the president.

John Dowd, the former White House legal counsel, allegedly told Robert Mueller, who is leading the investigation into Russian meddling in the 2016 election, that he did not want the president to testify because he would embarrass himself and the country.

"I'm not going to sit there and let him look like an idiot. And you publish that transcript, because everything leaks in Washington, and the guys overseas are going to say, 'I told you he was an idiot. I told you he was a goddamn dumbbell. What are we dealing with this idiot for?'" the book quotes Dowd -- who later resigned -- as saying.

Woodward describes Trump regularly insulting key members of his team, branding Attorney General Jeff Sessions -- who angered him by recusing himself from oversight of the Mueller probe -- as "mentally retarded. He's this dumb Southerner... He couldn't even be a one-person country lawyer down in Alabama."

Trump is quoted as likening former chief of staff Reince Priebus to "a little rat," and telling his 80-year-old secretary of commerce, Wilbur Ross, "I don't trust you... You're past your prime."

'I can stop this'

Gary Cohn, Trump's former top economic adviser who subsequently quit, by Woodward's account stole a letter off the president's desk to avoid him canceling a trade agreement with strategic ally South Korea. Cohn was reported to have told a colleague Trump did not notice it was gone.

Consulted later by a colleague worried Trump was poised to sign a decree pulling the United States out of the NAFTA trade pact with Mexico and Canada, Cohen replied: "I can stop this."

"I'll just take the paper off his desk."

'Resistance' in the White House

Reinforcing Woodward's account, a "senior official" in the administration penned an unsigned opinion piece for The New York Times, describing himself as part of a secret inside "Resistance" to Trump.

"We believe our first duty is to this country, and the president continues to act in a manner that is detrimental to the health of our republic."

"That is why many Trump appointees have vowed to do what we can to preserve our democratic institutions while thwarting Mr. Trump's more misguided impulses until he is out of office."

President Donald Trump walks off of Marine One as he heads to Air Force One at Andrews Air Force Base. Source: AAP

"The root of the problem is the president's amorality," wrote the official.

"President Trump's impulses are generally anti-trade and anti-democratic," the column said. It asserted that Trump "shows a preference for autocrats and dictators, such as President Vladimir Putin of Russia and North Korea's leader, Kim Jong Un, and displays little genuine appreciation for the ties that bind us to allied, like-minded nations."

"The bigger concern is not what Mr. Trump has done to the presidency but rather what we as a nation have allowed him to do to us. We have sunk low with him and allowed our discourse to be stripped of civility."

"There were early whispers within the cabinet of invoking the 25th Amendment, which would start a complex process for removing the president. But no one wanted to precipitate a constitutional crisis. So we will do what we can to steer the administration in the right direction until -- one way or another -- it's over."