Donald Trump threatened to cut funding to countries that vote against the United States on a motion at the United Nations condemning Washington's recognition of Jerusalem as Israel's capital. 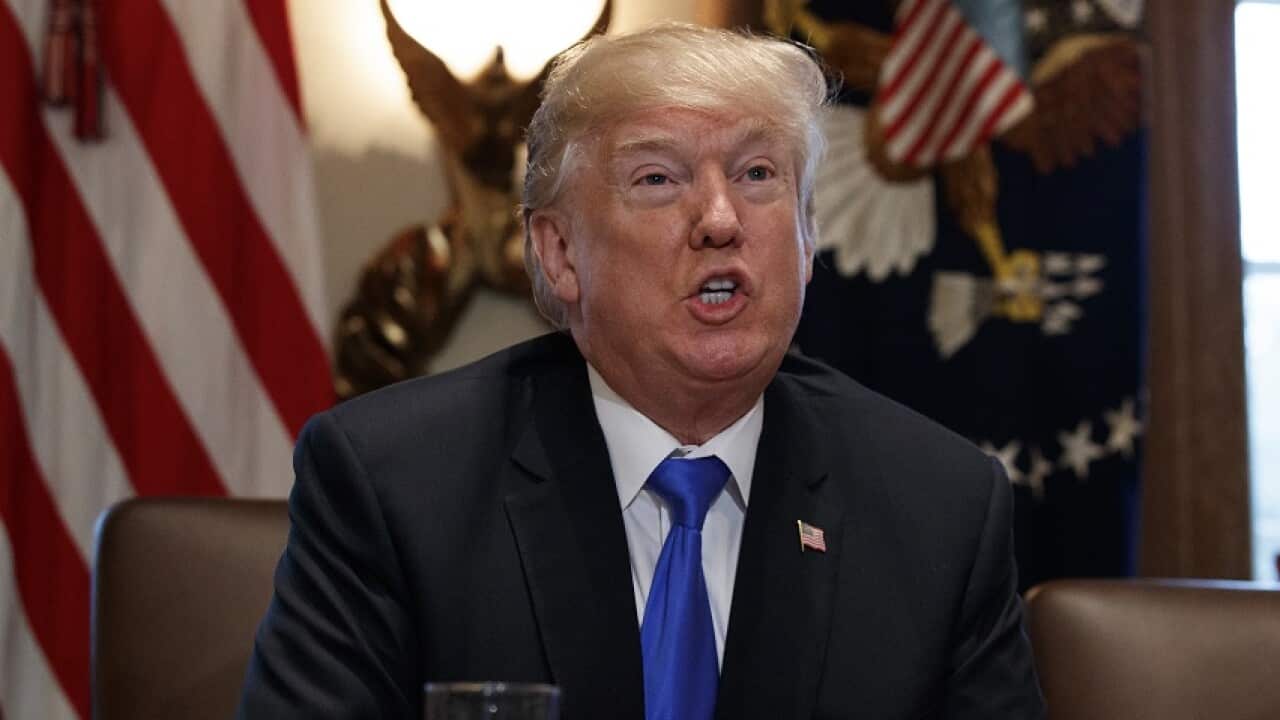 Donald Trump threatened to cut funding to countries that vote against the United States on the eve of the UN Jerusalem vote. Source: AAP

President Donald Trump threatened on Wednesday to cut funding to countries that vote against the United States on a motion at the United Nations condemning Washington's recognition of Jerusalem as Israel's capital.

The UN General Assembly will hold an emergency session Thursday to vote on a draft resolution that the United States vetoed at the Security Council after all other 14 countries backed the measure.


Advertisement
"Well, we're watching those votes. Let them vote against us. We'll save a lot. We don't care."

The draft resolution mirrors the vetoed measure, reaffirming that any decision on the status of Jerusalem has no legal effect and must be rescinded.

It does not mention Mr Trump's decision but expresses "deep regret at recent decisions concerning the status of Jerusalem".

Diplomats expect strong support for the resolution, which is non-binding, despite the US pressure to either abstain or vote against it.

A council diplomat said Canada, Hungary and the Czech Republic might bow to US pressure and not support the draft resolution.

On Tuesday, US Ambassador Nikki Haley sent an email to fellow UN envoys to put them on notice that "the president will be watching this vote carefully and has requested I report back on those countries who voted against us".

"We will take note of each and every vote on this issue," she wrote in the message seen by AFP.

On Twitter, Ms Haley posted "the US will be taking names" when the ambassadors of the 193-nation assembly cast their vote on Thursday.

"Nikki, that was the right message," Mr Trump said.

Key US allies Britain, France, Italy, Japan and Ukraine were among the 14 countries in the 15-member council that voted in favor of the measure and were expected to do the same on Thursday at the assembly.

Palestinian Foreign Minister Riyad al-Maliki accused Washington of "threatening" member-states, saying it was "another mistake" following the US veto at the Security Council.

Mr Maliki said the UN session would show "how many countries will opt to vote with their conscience."

Turkey and Yemen requested the urgent meeting on behalf of the Arab group of countries and the Organisation of Islamic Cooperation (OIC).

The two countries circulated a draft resolution on Tuesday that mirrors the vetoed measure, reaffirming that Jerusalem is an "issue that must be resolved through negotiations."

"They will vote for justice and they will vote in favour of that resolution that was presented by both Yemen and Turkey on behalf of the Arab group and OIC," Mr Maliki said.

Turkish President Recep Tayyip Erdogan has sought to lead Islamic condemnation of Mr Trump's Jerusalem plan, calling a summit of the leaders of Muslim nations last week in Istanbul, who urged the world to recognise East Jerusalem as the Palestinian capital.

East Jerusalem was annexed by Israel after the 1967 war, in a move never recognised by the international community.

"Everyone with a conscience ... is against this decision that usurped Palestine's rights," he said.

The foreign minister said any honourable country would not bow to US pressure, urging Washington to reverse its mistake.

"God willing, I believe we will obtain a good result tomorrow (Thursday)," he added.