What are the European Parliament elections and why do they matter?

While voter turnout has consistently dropped since 1979, some analysts say this week's elections are the most important in years. 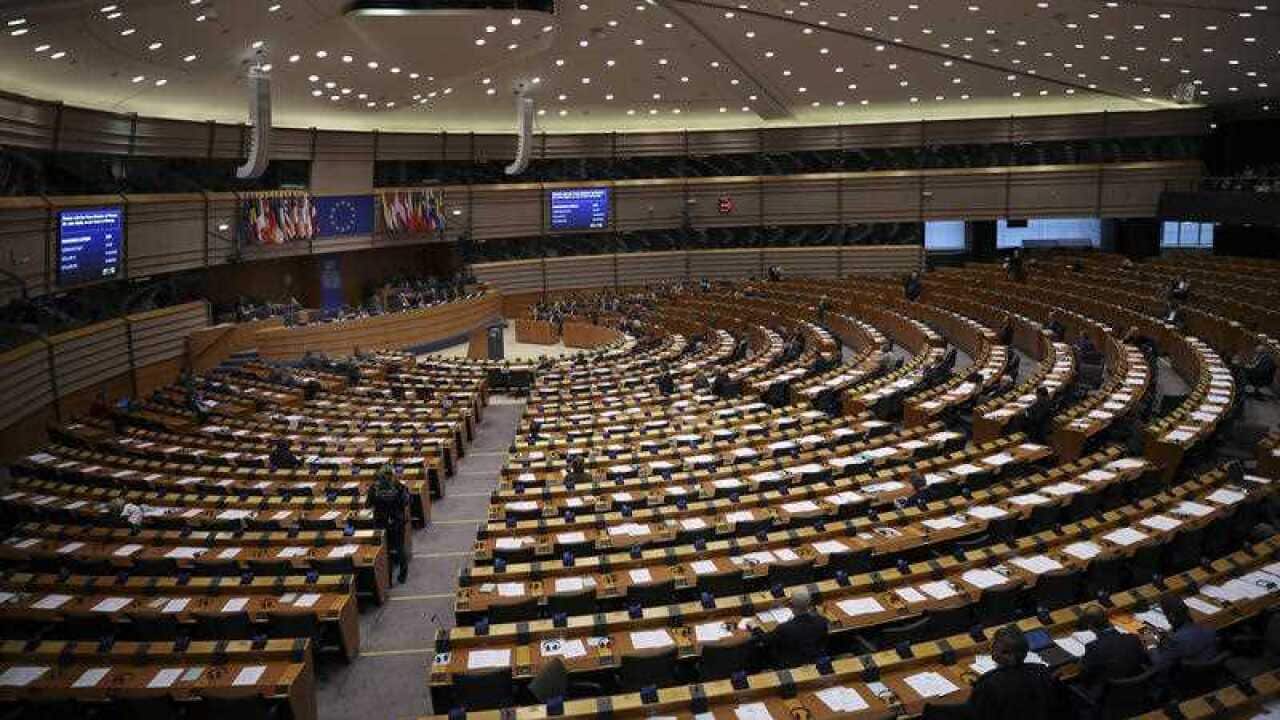 Inside the European Parliament in Brussels. Source: AP

With about 374 million people eligible to vote, they are the second biggest democratic contest in the world, after India’s elections.

To vote, you must be a citizen of a country which is a member of the European Union and aged over 18. Voting begins on Thursday 23 May for three days.

What is the European Parliament?

The European Parliament is the directly-elected represented body of the European Union.

"It is the only directly-elected trans-national parliament in the world. It is distinct from the national parliaments within EU member states - but works alongside them to make decisions on grants, farming, energy, environment, data protection, migration and more.”

Inside the European Parliament in Brussels. Source: AP

The European Parliament has traditionally been made up of centre-left or centre-right politicians and parties. It does not make decisions on tax, health, housing or education, which are made by individual member governments.

It is also separate to the European Commission, the main executive body of the European Union, which is responsible for proposing bills, implementing decisions, and managing day-to-day operations. This is the body British politicians are taking about when they reference "Brussels".

“The European Parliament tends to be a bit of a rubber-stamping body,” University of Sydney Professor Simon Tormey told SBS News.

"While a lot of the initiatives for doing anything in legislation tends to happen via the European Commission, it is still a parliament, so all legislation has to pass through."

In its last term, the parliament, among other things, helped
ban single-use plastics
and passed hundreds of resolutions, including pledges to fight racism and stop arms sales to Saudi Arabia.

This time around, immigration is the biggest talking point in most countries.

Jobs and the economy are also concerns in the bloc's ‘poorer’ states, while for richer nations, climate change is a key debate.

Why do these elections matter?

Turnout for the elections across the 28 member countries has consistently dropped since they were established in 1979. In the last election, only one in 10 voters turned up.

“In some places, more people vote in Eurovision and the X-Factor than in the European elections,” Mr Tormey said.

But some analysts say this week's polls are the most important in years.

As Europe splinters further to the left and right, the 2019 elections are seen by many politicians as an opportunity to help steer the continent through the next five years as it faces deep political division and environmental, economic and migration-related challenges.

Aside from shaping the kind of policies that are able to pass through the parliament, results could also provide a snapshot of the continent as it sits at a crossroads, Mr Tormey said.

"We are essentially taking the temperature here of how citizens are feeling about the direction Europe is going. I think we are going to get a very good idea of where sentiments lie across the continent."

The elections can also be seen as a referendum on human rights, according to Human Rights Watch.

"We're seeing a rise in intolerance, a rise in rhetoric from some far-right European politicians that is quite shocking and would like to divide us. These people would like to say some people - based on race, ethnicity, religion and such - have those rights, and other people do not,” HRW spokesman in Brussels, Andrew Stroehlein, told SBS News.

"It's a good time now to remember, as we hear this rhetoric, that we all have these universal human rights."

Can EU citizens in Australia vote?

Some EU citizens living in Australia can also vote in the EU parliament elections. Most countries allow their citizens to vote from abroad, but they need to register beforehand.

Countries include Austria, Belgium, Croatia, the Netherlands, Estonia, France, Latvia, Hungary, Luxembourg, Portugal, Spain, Lithuania, Romania, Cyprus, Finland and Slovenia. The registration deadline for most of these countries has passed.

People walk outside the European Parliament in Brussels Source: AP

A number of other countries do not allow their citizens to vote from Australia or any other non-EU country; they include Ireland (unless they intend to return within 18 months), Greece, Malta, Slovakia and the Czech Republic.

There are different rules for EU citizens on holiday in Australia.

Will the far-right get more power?

Populist far-right parties and candidates increased their parliamentary representation in the 2014 election, something which is tipped to continue this year.

Marine Le Pen of France’s National Rally, Matteo Salvini of the Italy’s League party, and Hungarian Prime Minister Viktor Orban are among those looking to consolidate recent domestic support on the continent. High-profile British far-right activist Tommy Robinson is also running for election as an independent.

The prospect of an increased far-right presence in the parliament has led some centrist European leaders, such as French President Emanuel Macron, to move closer to the left.

"The last vote signalled quite a significant change in the direction of European politics. I think this election is going to consolidate this change,” Dr Wellings said.

Italian Interior Minister Matteo Salvini during Italian talk show "Porta a Porta", with a picture of Emmanuel Macron in the background. Source: AFP

The elections might not just be a question of left versus right, but also pro and anti-EU, Mr Tormey said.

More anti-EU representation in parliament would likely stifle the parliament’s effectiveness, he said.

"Italy, France, Holland, Belgium, some parts of Scandinavia, they have some quite strong anti-EU forces, both from the left and right, which are standing in these European parliamentary elections.

“This is making European elites nervous, because what they don't want a European parliament which is stacked full of people who really don’t want their own countries to be members of the European Union at all."

How does Brexit fit into things?

Britain was not expected to participate in these elections, as it was supposed to have left the European Union by now.

But with Brexit delayed until the 31 October,
it is now running candidates
.

The man who helped spearhead the Brexit vote in 2016, Nigel Farage, is running for re-election as leader of the appropriately-named Brexit Party. He was the latest candidate
to be doused with a milkshake on the campaign trail.

Some of Britain's seats have already been re-allocated to current EU member states, and the remainder are set to be given to countries hoping to join the bloc.