What did Australia's women's safety summit achieve and what needs to happen now?

SBS News spoke to experts, advocates, and survivors about what they think the two-day virtual National Summit on Women’s Safety has achieved and what needs to happen next to ensure meaningful change. 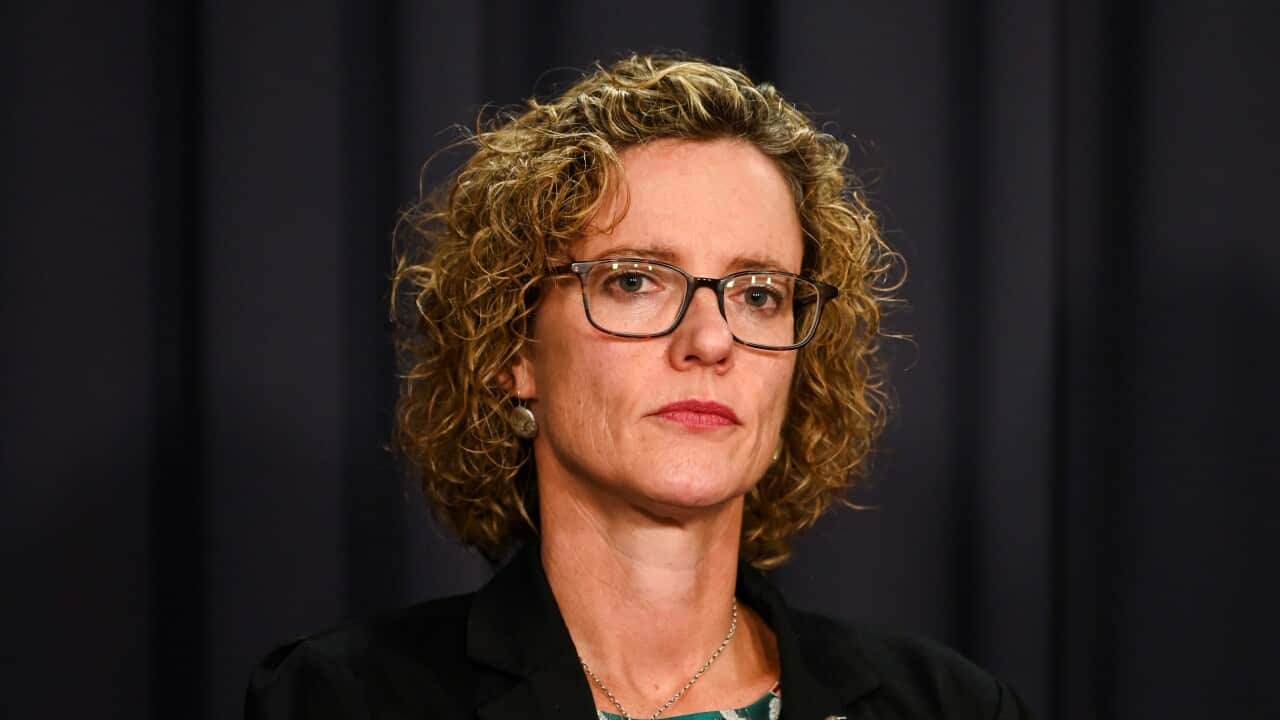 After two days of virtual panel discussions and keynote addresses, the National Summit on Women's Safety has come to an end.

The aim of the summit was to bring together hundreds of advocates, experts and survivors to help shape the next national plan to reduce violence against women and their children.

So what has the summit achieved and what needs to happen next?

Prime Minister Scott Morrison opened the summit on Monday with a
keynote address
in which he conceded that Australia is failing to do enough to protect women from domestic and sexual violence.

Sexual assault survivor and director of advocacy at Rape and Sexual Assault Research and Advocacy, Saxon Mullins, said the speech was "offensive", particularly after the government responded to only six of 12 recommendations from Kate Jenkins’ Respect@Work report.

Last week, the Senate passed the Sex Discrimination and Fair Work (Respect at Work) Amendment Bill 2021 to bring into law six recommendations from the report.

"It's so hypocritical and reductive to virtually stand in front of survivors and experts and say, 'Oh, we really need to do something about this'," she said.

“We know. The call is coming from inside the house.”

Ms Mullins said the time could have been better used by giving a platform to someone else.

“I think it would’ve been really valuable to hear from an Aboriginal and Torres Strait Islander woman to give that keynote," she said.

"Maybe even specifically someone who works on one of those frontline services, because I think a really big aspect of this national plan is how it includes - or does not include - Aboriginal and Torres Strait Islander women, and I think that's one of the fundamental things.”

The pandemic forced the summit to be conducted virtually, allowing the public to watch the sessions online. But only delegates who had been invited to attend were able to ask questions of the panelists - and time limits meant not many of them could be answered.
A panel discussion about preventing and responding to sexual violence at the National Summit on Women's Safety. Source: The National Summit on Women's Safety

Ms Mullins said the set-up meant voices were excluded, including those of survivors of family and sexual violence.

“Hopefully, there is actually further discussion because an hour on a panel isn't enough to inform a 12-year national plan,” she said.

“I hope that they are planning or that they will consult further with those groups and the groups that were left out of the summit.”

Ms Morris said she was grateful to be on the panel about perpetrator interventions, coercive control and early intervention, but it was a challenge to adequately discuss the nuance of such complex issues in just an hour.

She said one issue that she was surprised was brought up by several speakers, including Australian Federal Police Commissioner Reece Kershaw, was the challenges faced by temporary visa holders in getting access to services and independence after experiencing family violence.

“They don't have any entitlements that everybody else in the country has,” she said. “The issue is not just an issue for agencies like inTouch, it actually impacts many of our institutions.”

“It's really clear and evident that this is part of a national problem, and we need to address it.”

“There are no excuses. If you weren’t aware before, now you know,” she said. “Now it’s about acting to create that change and build into this national plan these recommendations that have been called upon.”

One of those recommendations is for a dedicated plan for Aboriginal and Torres Strait Islander women and children.

Minister for Women’s Safety Anne Ruston has promised to work with Aboriginal and Torres Strait Islander people to develop such a plan.

“I heard loud and clear that the solutions for Indigenous women and children, particularly those in community, are going to require a whole heap of different initiatives and actions if we want to make a difference," she told the ABC.

"We are working with them to develop a plan that is specific and targeted to the needs of their women and children."

'Have the right people at the table'

Wynetta Dewis said she would welcome such a commitment, but the approach must be community-led.

"We would then be advocating that we would make sure that we would have some level of representation to be a part of the development of that national plan," she said.

"We need to have the right people at the table. And it's not to disregard those who are currently there, it's not about that. It's just making sure that we can really get the right people there that can be advocating for our women and children."

Other key priorities outlined in the summit outcome statement include continuing to build on primary prevention, achieving long-term attitudinal, cultural, systemic and behavioural change; improving the justice system, and giving victim survivors more of a role in the decision-making that impacts their lives.

Women's Safety Minister Anne Ruston speaks to the media during a press conference at Parliament House in Canberra. Source: AAP

Our Watch CEO Patty Kinnersly said in the immediate aftermath of the summit, she feels “hopeful”.

“I am hopeful that people's voices have been heard, that there is a pathway forward, that you can hear from these ministers that they're talking about a commitment to the things that we're talking about here: primary prevention, Aboriginal Torres Strait Islander people, the diverse experiences of victim survivors and children in their own right."

She said the focus now shifts to how to bring those key priorities into action.

“What does this look like in the plan? What funding follows? What commitments come from the government?” she said.

“Do they apply a gendered lens to their policies to make sure that they're not accidentally disadvantaging women? Do they take a greater leadership role on gender equality, workplace sexual assault, the pay gap?”

“I feel like it's just a really important step for the next phase.”

Government agrees 'challenges must be addressed'

Anne Ruston said the summit statement will “anchor” the development of the next national plan with state and territory governments.

“None of us underestimate the challenges ahead, but all of us must agree that they must be addressed,” she said.

“The ongoing issues that give rise to violence against women and their children, gender inequality and stereotypes pair and balance, all need addressing in the new plan.”

Michal Morris said a lot of structural change is needed, along with increased and sustained financial investment.

"But we also need that bottom-up approach," she said.

"We cannot do this without engaging with communities, and also communities that are particularly disadvantaged in family violence and sexual violence," she said.
inTouch Multicultural Centre Against Family Violence CEO Michal Morris. Source: SBS News

Patty Kinnersly, who is one of 19 members of the multidisciplinary advisory group for the next national plan, said that it will come together in a few weeks with the Aboriginal and Torres Strait Islander Advisory Council to review and edit the draft.

"We weren't having these conversations 10 years ago, we're having them now," she said. "And I want us to be in a significantly different place in another 10 years."

All Australians can make a submission based on the issues discussed at the summit via
DSS Engage
before 15 September.

If you or someone you know is impacted by family and domestic violence or sexual assault, call 1800RESPECT on 1800 737 732 or visit
1800RESPECT.org.au
. In an emergency, call 000. The Men’s Referral Service provides information for men about domestic violence and can be contacted on 1300 766 491.