What do GP indemnity changes mean for younger Australians wanting the AstraZeneca shot?

The prime minister says the Commonwealth will provide GPs with indemnity cover so they can administer the AstraZeneca vaccine to all adults, regardless of age. Here is what you need to know about the change. 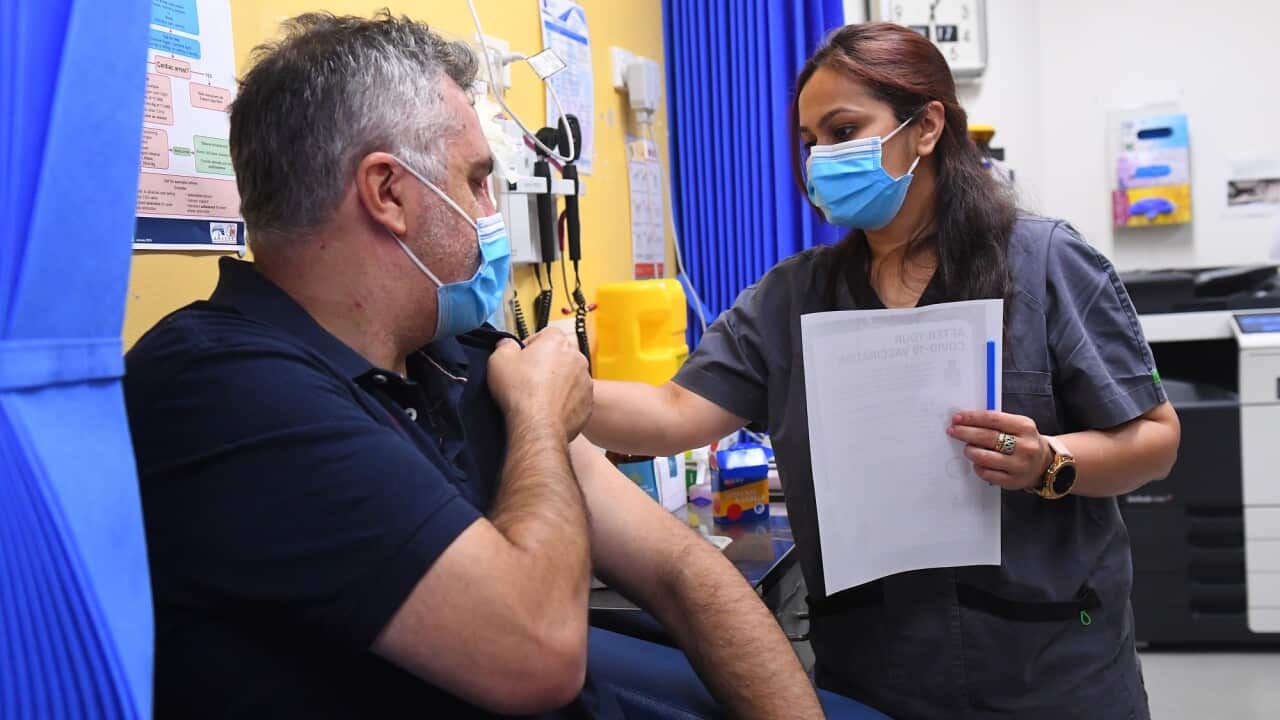 In a major shift in the COVID-19 vaccine rollout, Australians under the age of 40 are able to request the AstraZeneca vaccine from their GPs.

Prime Minister Scott Morrison announced the change in a late evening press conference on Monday after a meeting of national cabinet.

The move has been welcomed by some as a way to speed up Australia's bungled vaccine rollout. But state premiers have been reluctant to endorse the decision and the finer details are yet to be released, causing community confusion.

Advertisement
Here's what we know so far.

What are the changes?

Monday's announcement of a Commonwealth-supported no-fault indemnity scheme allows GPs to administer the AstraZeneca shot to those under the age of 40 with informed consent.

The medical advice on the AstraZeneca shot hasn't changed - it remains the preferred vaccine for people aged over 60 and Pfizer is recommended for those under 60.

But Mr Morrison said while the preference is still for over 60s to use the AstraZeneca vaccine, medical advice does "not preclude persons under 60 from getting [it]".

"So if you wish to get the AstraZeneca vaccine, then we would encourage you to go and have that discussion with your GP."

"We are ... providing the indemnity scheme for those general practitioners so they can actively engage with you and you can make the best decision for your health."

Head of the Australian Medical Association Omar Khorshid told The Guardian that their recommendation "is still really for patients to follow the [Australian Technical Advisory Group on Immunisation's] advice".

Up until now, the Pfizer vaccine was the only option available to most under 40s after advice from ATAGI, which had been responding to the extremely rare side effect of blood clots. But supplies of Pfizer have been "constrained" causing a further slow down in the national vaccine rollout.

Much more stock of the AstraZeneca vaccine exists because of the local manufacturing capabilities at CSL's facility in Melbourne.

How will it work?

The finer details are yet to be made publicly available, which has caused some confusion in GP clinics as they field calls from younger Australians wanting to get the AstraZeneca shot.

Dr Anita Muñoz, chair of Royal Australian College of General Practitioners (RACGP) Victoria, said it is understandable that GP clinics will be wanting to do their due diligence.

"It may well take some practices (GP clinics) days or weeks to make a decision about acting on this new set of criteria for AstraZeneca and that is okay. That means they are thinking about it and taking it seriously," she told SBS News.

She said the RACGP will be supporting GP clinics through the process and won't be mandating that they immediately move to implement the change.

"There are other practices that may have been anticipating this - have done some of their thinking - and they're able and willing to act on the change in advice immediately," Dr Muñoz said.

She also advised patients to discuss with their GPs any concerns they may have to receive "tailored advice" for their situation.

"I do think it is important that everyone gets vaccinated as quickly as possible, but I also think it is equally important for people to properly weigh up risks and benefits before they participate in that program".

When will it start?

Australia's chief medical officer Paul Kelly said individual clinics will have the choice on how quickly they implement the change.

"It's a discussion for doctors to have with their own patients and work through their own risk and benefit in relation to that," he told the ABC.

COVID-19 task force commander John Frewen on Tuesday said they were making changes to their eligibility checker to ensure that those under 60 who wanted to get AstraZeneca could book in, and "then we'll be ready to receive them".

"We'll be onto it as quickly as we can. And I really think people should be able to start making arrangements in the days ahead. And over the next couple of weeks, I hope to see the effect of these new policies," he told the Today Show.

The issue is likely to be further discussed at the next national cabinet meeting on Friday morning.