When can people in Australia travel overseas again and how would vaccine passports work?

Australia's coronavirus vaccine rollout is well underway, but questions remain about the future of international travel and hotel quarantine. We asked the federal government and health experts what will happen next. 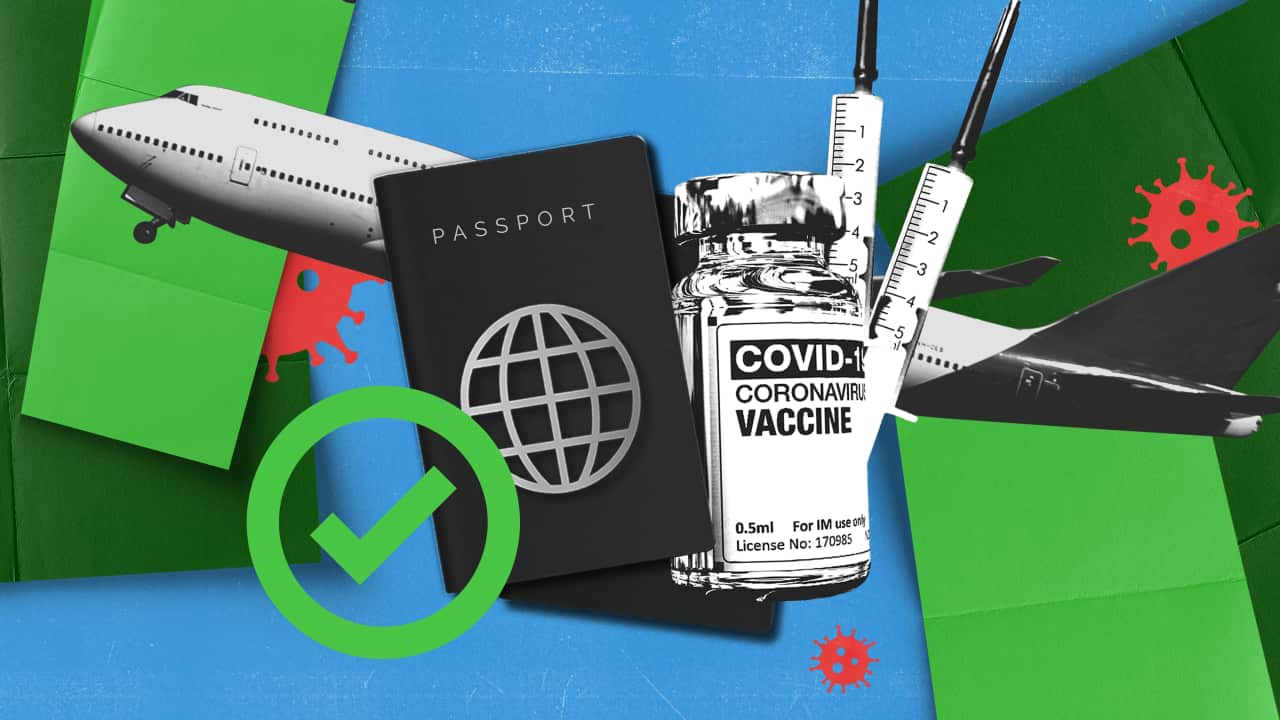 The federal government says work is progressing on the introduction of COVID-19 vaccine certificates. Source: SBS

What will it take for Australia's borders to open?

The federal government recently extended the existing emergency period by three months until 17 June 2021, meaning international travel will remain off-limits for those who don't qualify for an exemption until the middle of the year, at the earliest.

A Department of Health spokesperson said the government's expectation is that while COVID-19 continues to pose a significant threat to public health around the world, people coming to Australia will need to undertake "appropriate risk mitigations".

Advertisement
While that strategy includes immunisations, they said the government does not view the vaccine as a "panacea or a complete substitute for other public health interventions", but rather a supplementary measure.

Dr Fiona Stanaway is a clinical epidemiologist from the University of Sydney's School of Public Health. She said a few factors will need to be taken into consideration before reopening Australia's borders.

"The borders being closed is really about reducing our risk and there's a number of things that contribute to that.”

“One is really what the pandemic is doing in other countries - so how high their rates of infection are would be one factor that will be considered - and then the second is what has happened here, so how many people have been vaccinated.”

“The third thing that's important, and this is unfortunately something that we do not really know yet, although data is becoming available more and more, is how good the vaccine is against preventing transmission."

When can we expect international travel to resume?

Given the uncertainty surrounding the COVID-19 situation around the world, it is hard to put a date on it.

Adrian Leach is the chief executive of travel risk management insurer World Travel Protection. He said he does not think international travel will really be possible until the first quarter of 2022.

He pointed to comments made earlier this year by Federal Health Department Secretary Professor Brendan Murphy, who suggested overseas travel will not open up for Australians at a holistic level until next year.

"I think that's still a sensible timeline,” he said.

“I know bookings are opening up in July [2021], but you would really be looking for your travel in 2022, and that will give everyone time to see the success rate of the different vaccinations being rolled out across the globe, and give time for the different health authorities to get to a level which will achieve the goals of the vaccination, so I think there's a bit of time to pass yet."

Health experts said it is likely Australia will open up to some countries before others.

Dr Stanaway said she expects countries with little to no local transmission, like Taiwan, will be higher on the list than nations that have a high number of cases.

What is a vaccine passport and how will it work?

In order to allow people to travel overseas with low risk, many airlines will be implementing a "no jab, no fly" policy, meaning anyone who boards an international flight must have received a COVID-19 vaccine.

That is where the concept of a vaccine passport comes in.

"It's a presentable document to help an individual prove that they've either been tested or vaccinated for COVID-19,” Mr Leach said.

“That could be manual or digital.”

“In a digital format, there would be a digital wallet on your phone or smartphone. Or the alternative system would be the yellow vaccination passports that have been around for some time, that you carry around, which have been signed off by a doctor to say you've had that vaccination.”

A Department of Health spokesperson said details around how a possible vaccine passport could work in Australia are still being developed.

Mr Leach said the World Health Organisation is expected to release its global guidelines on what a vaccination passport would look like in May this year.

"When that is released then everyone will be able to build their version to that standard, which would mean when crossing different jurisdictions you could use the one application to do that.”

“That one application may exist in an airline version or someone else's, but as long as it meets the same standard across, and that is accepted by all the different jurisdictions, that is the ultimate goal, and that really needs to come from the World Health Organisation."


Several types of vaccine passports are already under development.

The International Air Transport Association (IATA), which represents 290 carriers worldwide, is working on a digital health pass that would show the passenger’s testing and vaccination status.

Air New Zealand will begin trialling the app on flights between Auckland and Sydney in April.

"They would link that information from the trusted vaccine providers, so those hospitals or clinics who have the information about the individual traveller's vaccine history or results to be transferred to IATA's software,” Dr Chrystal Zhang from RMIT University said.

“Then that would be accessible by the airline people, so that when the traveller books their ticket, then the airline would be able to use that app to check and verify whether this traveller has the vaccine."

But Dr Stanway said they won't really be of much use until we have a better understanding of whether the vaccines can prevent transmission and how many people have had the vacccine.

"The vaccines do seem to be very good at preventing that severe illness,” she said.

“But I guess the problem is, at the moment, when you've got most people not being vaccinated, then this impact on transmission really does matter.”

“The importance of things like a vaccine passport, and the importance of the impact on transmission that the vaccine has, is probably going to change depending on how many people in Australia, and indeed around the world, are vaccinated."

Dr Zhang said there are also privacy concerns around how the information collected by the software is stored.

"The other thing is about equity issues,” she said.

“People argue against this because it creates a kind of a discrimination against others: those people who are living in some countries or regions where they cannot afford the vaccine, or they do not have access to this technology, for example, the smartphones where they could download the app and have the information."

Will vaccinated travellers still need to quarantine in Australia?

The short answer is yes, at least in the meantime.

A Department of Health spokesperson said "mandatory quarantine with COVID-19 testing at frequent intervals has been a key pillar of Australia's response" to the pandemic.

But should favourable data on vaccination continue to be published over time, they said it could trigger a decision to scale back other public health interventions.

"You would still need to be sure that those individuals aren't transmitting,” Dr Stanaway said.

“Whether there might be some modifications when it becomes clear that the risk is is much lower, then that is likely to happen, but I think until we know that, to maintain no local transmission in Australia, we really have to think about how those people are managed, and we could not just assume that they are not going to have the virus based on the data we have at the moment."

Should I start booking flights to or from Australia?

Qantas said it is planning to resume regular international passenger flights to most of its pre-COVID destinations from 31 October 2021, when the federal government hopes to have vaccinated all adults in Australia who want the vaccine.

But experts warn to hold off on booking a ticket just yet, with the global situation still so uncertain.

Dr Zhang said people should assess whether there is really a need for their trip, while Mr Leach said travellers should make sure they're well prepared.

"When family reunions open up and things like that, people want to go back and see their family or getaway on that long-awaited holiday, you'll need to really understand your destination, understand the risks of that location and really plan for it,” he said.

“It won't be 'I've decided on going here, just book a flight and go', like it used to be. That is going to be with us for a couple of years.”

Read more stories from our Vaccine in Focus series here.