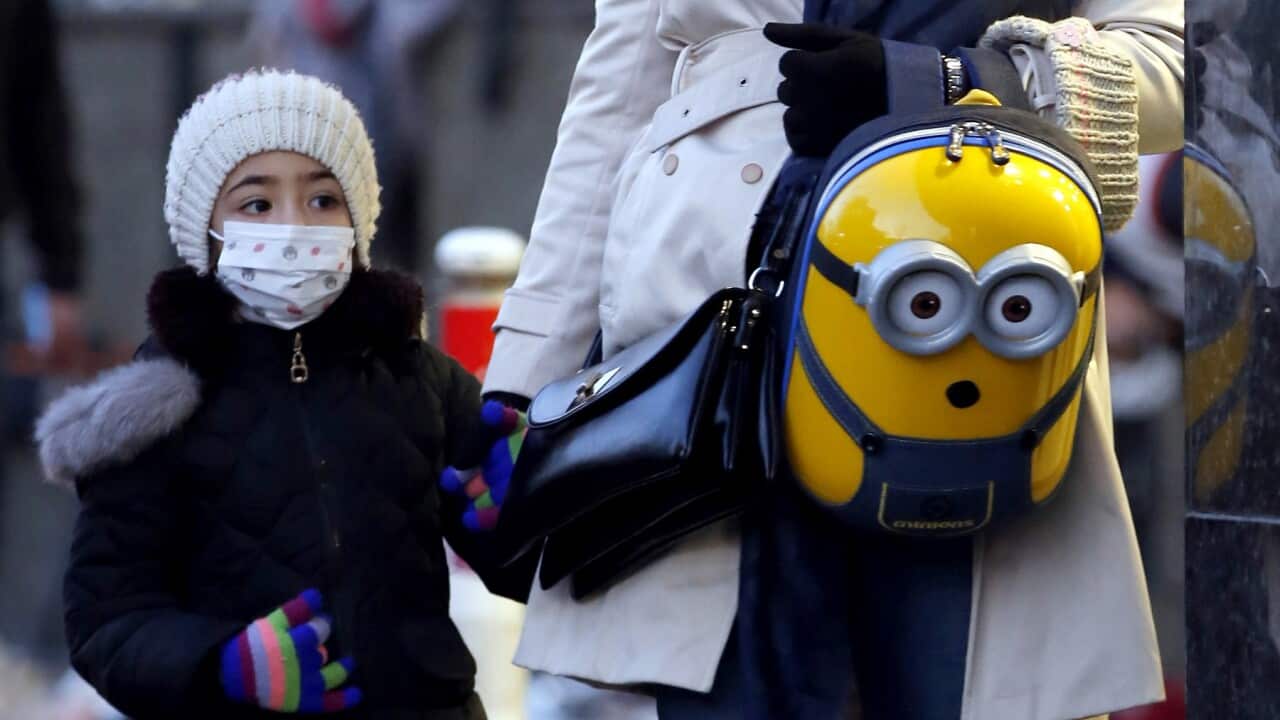 An Iranian woman and her child wearing face masks walk on a street of Tehran, Iran, 22 February 2020. Source: AAP

In South Korea, authorities said on Saturday the number of new infections had risen sharply
, and suggested the tally could rise significantly as more than 1,000 people who attended a church at the centre of the outbreak reported flu-like symptoms.