Who is Chelsea Manning and why might Australia ban her?

Chelsea Manning, the transgender American soldier whose prison sentence President Barack Obama commuted in 2017, became a hero to anti-war activists and a villain to government officials outraged over her leaking of classified files. 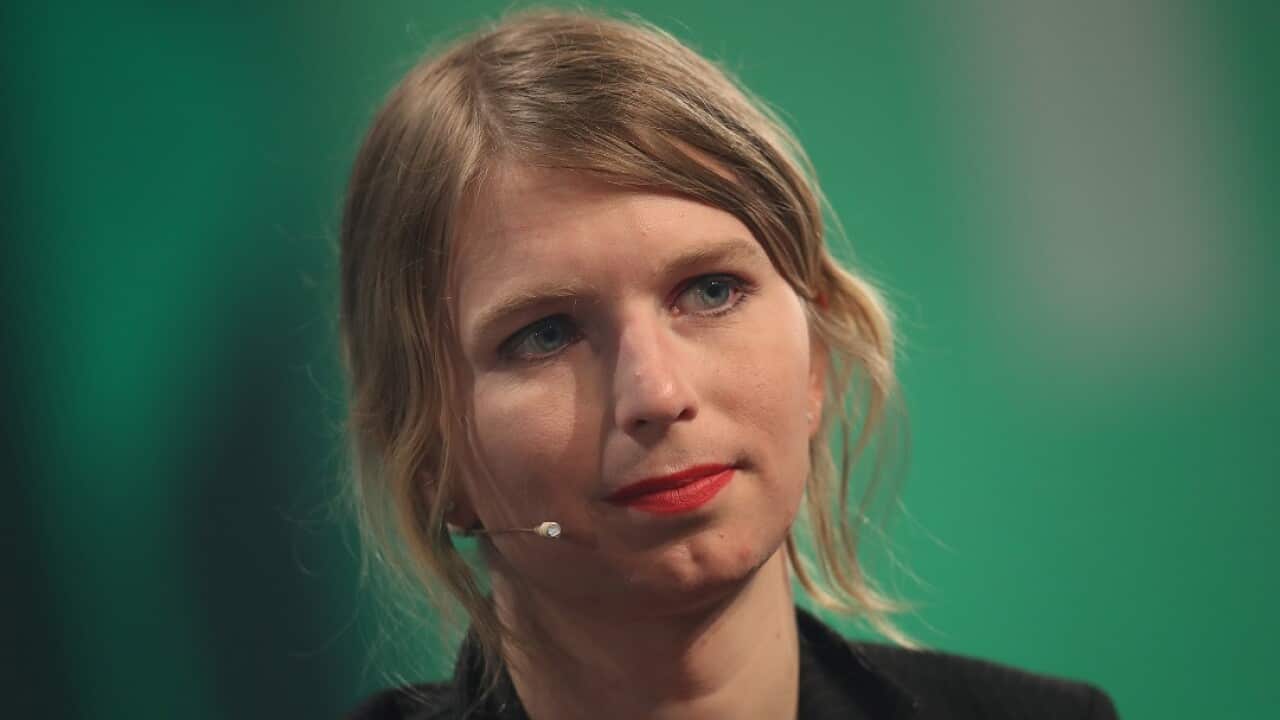 Chelsea Manning, the transgender whistleblower who leaked US military secrets to Wikileaks, is again in the headlines.

Due to arrive in Australia in September 2018 for a speaking tour, it was revealed on Tuesday that Ms Manning could have her visa cancelled on "character grounds".

So who is Chelsea Manning and why does she attract such attention?

The former member of the US Army was convicted in 2013 and sentenced to 35 years in prison for espionage and other offences after admitting to handing a massive trove of classified documents to the WikiLeaks website.

After sentencing, Manning announced that she identified as female and was granted the right to be legally recognised as Chelsea Elizabeth Manning and receive hormone therapy.

Manning, now 31, twice attempted suicide, and began a hunger strike to protest what she said was the military's refusal to treat her gender dysphoria.

In the US Army, Manning was reportedly reprimanded for assaulting an officer, resulting in a demotion from specialist to private first class.

As a low-ranking intelligence analyst, Manning had access to a vast archive of sensitive documents on the military's classified computer network, SIPRnet or the Secret Internet Protocol Router Network.

In online conversations published in the magazine Wired with a former hacker, Adrian Lamo, Manning said "let's just say 'someone' I know intimately well, has been penetrating US classified networks," and transferring the data "to a crazy white-haired Aussie who can't seem to stay in one country very long."

That was an apparent reference to WikiLeaks founder Julian Assange, who remains holed up in the Ecuadorian embassy in London in a bid to avoid extradition to the United States.

WikiLeaks lawyer Greg Barnes speaks with hosts of The Feed

Manning told Lamo the motive was to expose the "truth."

"I want people to see the truth... because without information, you cannot make informed decisions as a public," Manning said, according to Lamo, who turned over the online chats to the authorities.

Manning was first detained in May 2010 for leaking US military files - including video of a helicopter gunship attack - and classified State Department cables.

Later, Manning admitted to downloading some 700,000 sensitive military and diplomatic files and handing classified documents over to WikiLeaks.

After serving nearly seven years in prison at Fort Leavenworth, Kansas, Ms Manning had her 35-year sentence commuted - a form of clemency that reduces the punishment for a crime - by former president Barack Obama and was released from prison in 2017.

On Twitter, she now identifies herself as a network security expert who makes "powerful people angry".

Since her release from prison, Manning has been sharing her perspective on gender identity and her imprisonment, writing opinion columns for several media organisations.

Manning appeared in the September 2017 issue of Vogue magazine, photographed in a red swimsuit by celebrity photographer Annie Liebovitz.

Manning has also conducted numerous speaking tours and was scheduled to travel to Australia in September 2018 for planned speeches at the Opera House in Sydney, Melbourne and Brisbane.
However, her planned speaking tour of Australia was thrown into doubt after organisers Think Inc received a letter from the Australian government warning Manning's visa may be refused.

"We have just received a Notice of Intention to Consider Refusal under s501 of the Migration Act from the Australian government in regards to Chelsea's Visa," Think Inc director Suzi Jamil wrote to supporters.

Section 501 of the Migration Act gives the government the power to refuse visas on "character grounds". The power has previously been used to ban speakers who advocate anti-vaccination theories or violence against women.