The Pfizer vaccine has a higher efficacy than AstraZeneca, but most will be getting the latter. Here, health experts explain why it's still important to be vaccinated and why you might be getting another jab next year. 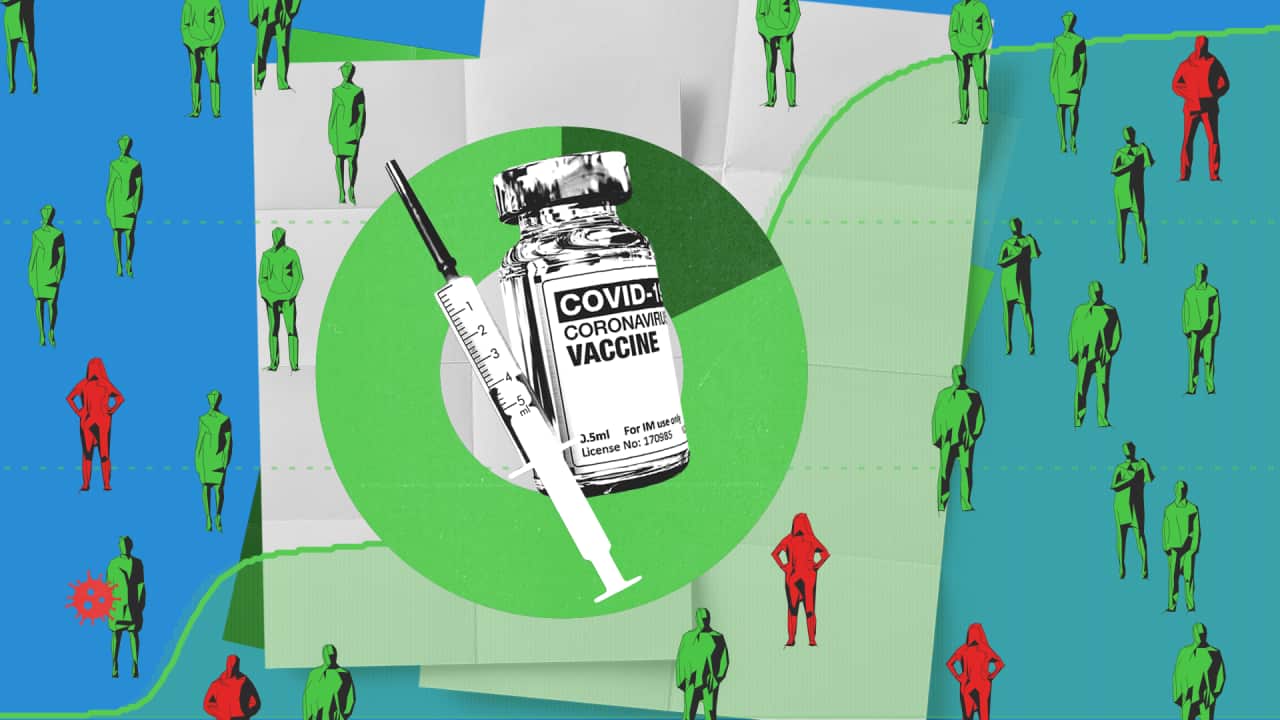 A small group of people in Australia are among the lucky few who've now received their first doses of a COVID-19 vaccine. By October, the government has said it hopes to have the entire adult population vaccinated.

But concerns have been raised about the efficacy of the vaccine that most people will receive - the AstraZeneca jab - and whether it’s sufficient to achieve herd immunity.

Here's why it’s still an important vaccine despite some questions surrounding it.

What are the concerns around the AstraZeneca vaccine?

Novavax’s vaccine, which Australia has also secured agreements for but has yet to be approved, has an efficacy of 89 per cent.

Adrian Esterman, the chair of biostatistics and epidemiology at the University of South Australia, says the AstraZeneca vaccine also appears to have a lower chance of stopping transmission than the Pfizer BioNTech and Novavax vaccine.

“The real issue is if the Novavax vaccine is very similar to Pfizer BioNTech in terms of its efficacy, why won't we use that instead of the AstraZeneca, when it comes?” he told SBS News.

So why is Australia continuing with this vaccine?

A spokesperson for the Department of Health told SBS News it disputes concerns about the AstraZeneca vaccine's efficacy and any suggestions it will give rise to an ineffective rollout.

"The Chief Medical Officer Professor Paul Kelly has directly refuted those suggestions, along with the Department Secretary Professor Brendan Murphy. A number of other key health professionals, including the Academy of Science, have issued statements or responded in the media to counter those claims," they said.

Health experts, including Professor Esterman, also say there are several reasons why Australia should continue with the AstraZeneca vaccine.

If Pfizer is most effective why isn't Australia giving everyone that?

First of all, the AstraZeneca jab is safe, and it works.

“It's not as effective as Pfizer-BioNtech, but it works. And it works enough to protect people at risk. So that is the critical thing,” Professor Esterman said.

Recent trials have shown it is 100 per cent effective against severe disease, hospitalisation and death.

READ MORE
Should Australia be reconsidering its rollout of the AstraZeneca vaccine?

“If our main aim is to stop people getting very sick and dying, both vaccines [Pfizer and AstraZeneca] will achieve that,” said University of Sydney Associate Professor Nicholas Wood, who leads the NSW Immunisation Specialist Service.

"In large scale Phase 3 clinical trials, the AstraZeneca vaccine was shown to be highly effective at preventing symptomatic COVID-19 and importantly, severe disease," the Department of Health spokesperson said.

There’s also evidence that the longer you wait between the first and second doses, the more effective it is.

While earlier data showed it achieved a 62 per cent efficacy rate, recent studies show its effectiveness is boosted to 82 per cent if the second dose is given 12 weeks later.

Australian authorities have recommended a three-month wait between doses, so most people in Australia will likely be getting their second dose with that gap.

"Encouraging preliminary data released out of Scotland on 22 February suggests that four weeks after the first dose of the AstraZeneca vaccine, the risk of hospitalisation from COVID-19 fell by up to 94 per cent, and 85 per cent for the Pfizer vaccine," the Department of Health spokesperson said.

The AstraZeneca vaccine is also cheaper and can be locally produced. That’s important because Australia will not have to import it during a time when vaccine shortages have become a major issue around the world.

Moreover, Australia has an agreement for only 20 million doses of the Pfizer vaccine, so with two doses required it won’t cover the entire population.

The Pfizer vaccine is also imported from Europe and needs to be stored in a cold environment. The AstraZeneca vaccine can be transported and stored at normal refrigerated temperatures, which makes it easier to distribute it to people in remote and regional Australia.

“If it was just a matter of buying it, I'm sure the government would do it. But it's not; it’s a matter of supply,” Professor Esterman said.

“The thing about AstraZeneca is we can actually make it in Australia so there's no supply issues.”

The Department of Health spokesperson said provided the Novavax vaccine proves safe and effective, the first supply is expected to arrive from mid-2021.

There is no plan for a private market at this time, they added, meaning people in Australia won't be able to choose which vaccine they have.

"Vaccination is voluntary in Australia, and those who wish to be vaccinated will be able to for free in 2021 ... All vaccines that are coming into Australia are being used as part of the immunisation program," they said.

How will the vaccines work with the new stronger variants?

Although the AstraZeneca vaccine has shown some efficacy against the B117 variant, it's less effective against the B1351 variant, forcing the rollout of the vaccine in South Africa to be halted.

But the results from both vaccines against the variants came from small-scale trials and experiments, and experts say more data is needed before a definitive answer can be given about their effectiveness.

He says there's some data that antibody titers from the coronavirus vaccine wane after 10 months, and that while new variants may emerge, continuing vaccinations is vital.

If we do need yearly shots, by that point we could have a better vaccine on the market.

“Don't forget there are about over 200 vaccines in trials at the moment,” Professor Esterman said.

“It is early days, and these first-off-the-block vaccines have been designed to stop severe infection and death. And they will all do that extremely well. But as more vaccines come on stream they'll likely be more designed to stop transmission.”

Are we still aiming for herd immunity?

Many people are pinning their hopes on the rollout of the vaccines allowing life to return to normal. But without a high rate of vaccinations, much of that relies on not just the prevention of the virus, but also reducing the transmission.

Infectious diseases epidemiologist Linda Selvey from the School of Public Health at the University of Queensland says herd immunity is a long way away for Australia.

“While we have some promising data from overseas, we still don't really know whether or not any of the vaccines actually prevent transmission of the virus, although I think there is some data suggesting the Pfizer vaccine may be doing that,” she said.

“But the whole concept of herd immunity can't be an aim of the vaccine at this point in time because we don't know whether or not the vaccine will achieve that anyway - any vaccine.”

People in Australia will be living with COVID-19 for years to come, but the health experts agree it will be more manageable due to the vaccine rollout, with fewer large-scale disruptions to life.