Disability organisations are campaigning for independent assessments to be stopped amid fears they will leave NDIS participants worse off. Here, SBS News takes a look at the changes and why they're causing controversy. 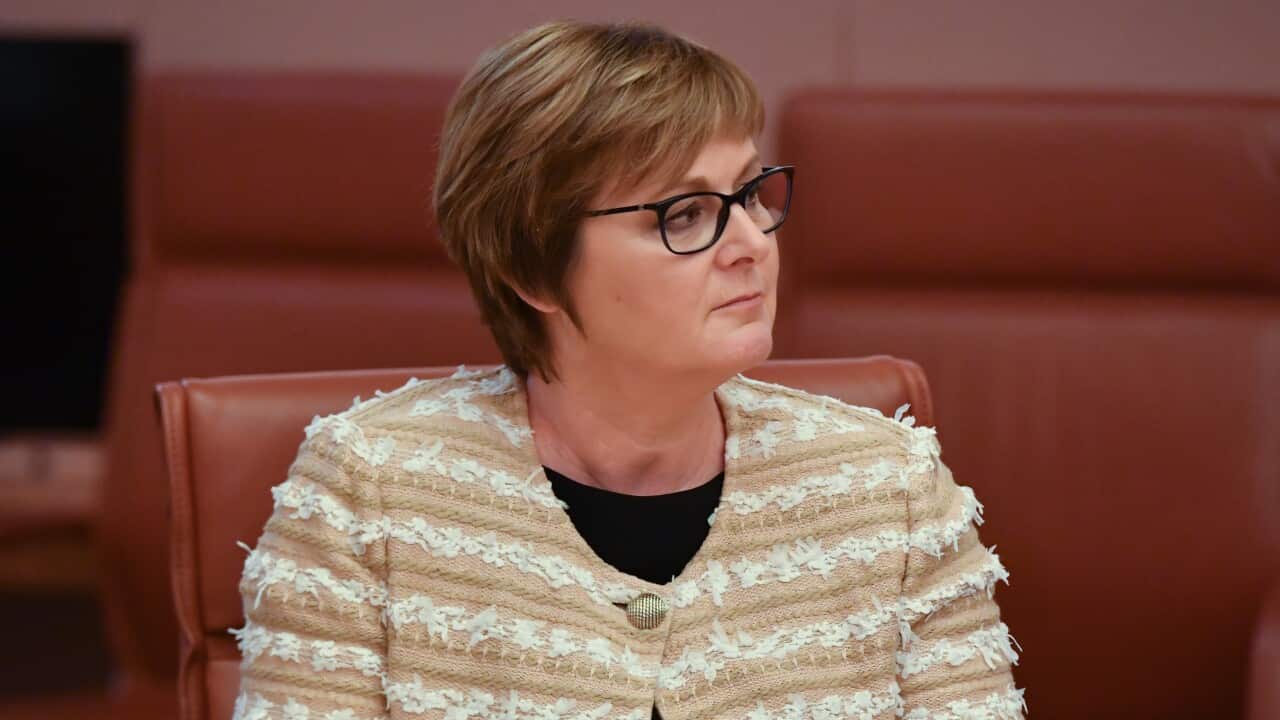 Australia's new minister for the National Disability Insurance Scheme has only just taken on the role, but she’s already been met with a passionate campaign to stop controversial reforms.

Disability organisations and advocates
are urging
Linda Reynolds to halt proposed changes to how people access the NDIS, after she recently took responsibility for the scheme in a ministerial reshuffle.

Critics fear the introduction of compulsory independent assessments will undermine the ability of NDIS participants to exercise choice and control over their lives.

It comes as documents obtained under freedom of information laws suggest the government made substantial changes to an independent review used as justification for introducing the assessments.

However, Senator Reynolds has defended the review’s independence ahead of briefings with her state and territory counterparts, the disability sector and NDIS participants.

As a new minister takes responsibility for the NDIS and advocates protest the proposed reforms, SBS News looks at the changes and why they're controversial.

What are independent assessments?

Former NDIS Minister Stuart Robert last year announced the rollout of independent assessments, as part of the “most substantial” reforms to the disability scheme since it began.

The change would see participants referred to a single contracted assessor to determine their eligibility for the NDIS, and the level of support and funding they receive.

Under current arrangements, participants acquire reports from multiple therapists of their choosing.

The government has described the new process as a
“consistent, transparent and equitable”
way of gauging a person’s capacity that would support fairer decisions about NDIS access.

“Independent assessments focus on the person - gathering accurate information about the individual’s support needs and the impact of their disability on their daily life,” Mr Robert said in a statement last year.

"The beauty" of independent assessments, he
said in March
, is that "no one's questioning your disability".

Why are they causing concern?

Critics fear the move is a cost-cutting exercise that will make it harder for people to access the NDIS, leave participants worse off and undermine their control over the support they receive.

A range of disability, domestic violence, legal and Aboriginal organisations are among those to have weighed in with concerns over the past few months.

Last month, dozens of disability groups came together to endorse
a statement
saying the changes would “fundamentally alter the individualised and personalised nature” of the scheme.

“While we all want greater consistency, we are very concerned this increasingly automated process will not adequately consider individual need and circumstance,” the statement said. “This is not the NDIS we fought for.”

They said assessments would be conducted in as little as three hours by outsourced private contractors using standardised tools, making it difficult to account for individual complexity or build a fully-realised picture of people’s needs and abilities.

The organisations further expressed doubt the assessments would address the needs of people from diverse backgrounds who require assessors with specialised expertise and cultural competence.

This was also a concern in
submissions to a parliamentary inquiry
, with some worried about the process causing disengagement for people from Indigenous and culturally and linguistically diverse backgrounds.

Further, there have been questions about how the assessments will actually be used to determine participant plans and funding.

Organisations have warned that the use of the standardised tools to determine support and funding is untested, and it isn’t clear how assessment results would be used to decide a person’s NDIS budget.

“Despite the scale and cost of the changes, they have not been rigorously tested or undergone an independent evaluation,” the March statement from numerous disability groups said.

There has also been concern
about a lack of ability to appeal
the decision made by the independent assessor. The total number of appeals against NDIS decisions
blew out by more than 700 per cent between 2016 and 2020
.

The National Disability Insurance Agency has said the introduction of independent assessments will start later in 2021.

Eight contractors have already been chosen to carry them out,
one of which is controlled by a company run by a former NDIA boss
.

But as Senator Reynolds takes over the NDIS portfolio, disability advocates and the Labor opposition this week
urged her to abandon
the "widely rejected" changes.

"As the new NDIS Minister, Senator Reynolds has a golden opportunity to reset relations with people with disability and rebuild their trust," Ross Joyce, from the Australian Federation of Disability Organisations, said on Tuesday.

Meanwhile, the parliamentary inquiry examining independent assessments has finished accepting submissions. As of Friday,
there were nearly 100 submissions uploaded online
.

A spokesman for Senator Reynolds said this week she would soon be having comprehensive briefings with her state and territory counterparts, the disability sector and NDIS participants.

"The minister will then address these issues publicly once this consultation has occurred," he said.