While many Australians are clearly annoyed to have received the messages, there isn’t much regulators can do about them. Here’s why. 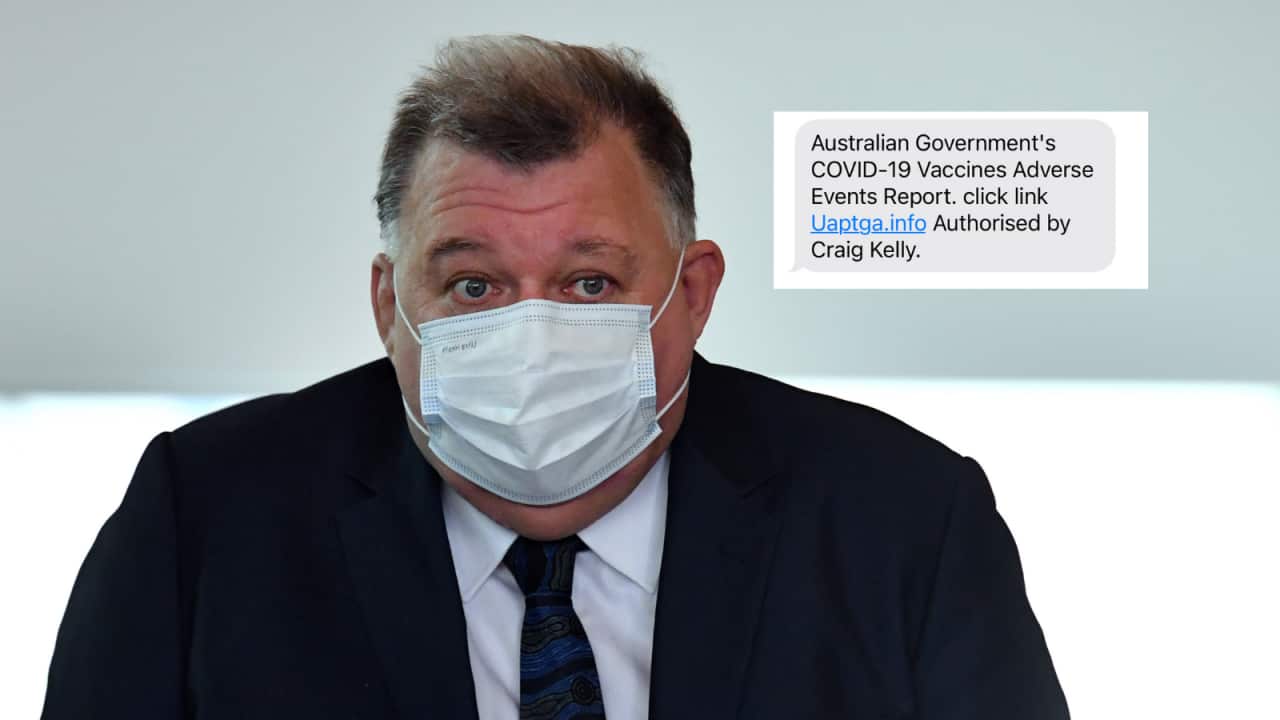 Thousands of Australians have received unsolicited text messages from Clive Palmer’s United Australia Party in recent weeks, including one that links to out-of-context information about COVID-19 vaccine side effects.

Since late August, two mass texts issued by the UAP and authorised by new MP Craig Kelly have been sent.

The first tells people not to trust the major parties. The second, which also contains grammatical errors, links to a UAP website that presents, without context, a Therapeutic Goods Administration list of adverse reactions to COVID-19 vaccines.

Advertisement
Many recipients have taken to social media to express concerns about privacy and whether the messages were legally sent.

While some Australians are clearly annoyed to have received the texts, they are legal and there isn’t much regulators can do in the way of sanctions.

The TGA – which regulates the advertising of therapeutic goods in Australia under the Therapeutic Goods Act 1989 - says it’s “very concerned” about the spread of misinformation about COVID-19 vaccines.

But it says because the texts “do not appear to constitute advertising under the Act”, no compliance action can be taken.

“The TGA is very concerned about any information which provides an incorrect picture of the safety of COVID-19 vaccines, particularly if that information is distributed widely to the public,” a spokesperson told SBS News.

“The lists of adverse events reported in association with COVID-19 vaccines linked to from the UAP text message are taken from the TGA's publicly available Database of Adverse Event Notifications (DAEN).

"Reporting of an adverse event on the DAEN does not mean that the vaccine caused the event. Information on the DAEN cannot be used to evaluate whether a medicine or a vaccine is safe.”

However, the regulator says it is considering whether the use of the information, including the TGA logo on the UAP page, potentially breaches copyright and criminal legislation.

The Australian Communications and Media Authority, which as of Wednesday had received nearly 8,000 complaints about the UAP texts, says there isn’t much that it can do either.

Political parties are afforded exemptions from the Spam Act and Do Not Call Register.

"The ACMA’s statutory remit regarding text messages are set within legislation, namely the Spam Act 2003. The Spam Act 2003 covers commercial emails and SMS. SMS that are not commercial - that is, they don’t offer, advertise or promote goods or services - are not regulated by the ACMA," it said in a statement.

The TGA spokesperson said it encouraged Australians to rely on government and other credible information sources when making decisions about vaccination.

This is not the first time the UAP has sent out unsolicited text messages. Ahead of the 2019 federal election, a variety of messages urging Australians to vote for the UAP
prompted a backlash online
.

Nine Network TV host Tracy Grimshaw pointed out on Twitter last week that among that tranche of messages was one saying the UAP would ban unsolicited text messages if elected.

The page continued to back unproven COVID-19 treatments against the advice of Australia's medical authorities, prompting concerns his actions were
undermining the public health response to the virus.

Mr Kelly and the UAP have been contacted for comment.

“I find it a bit ironic that people are upset about their privacy by getting a text message, but by the same token, they’re absolutely silent about Australians having to show their health records before they could go and get a job across the state border,” he said.

“If they’re concerned about Australians' privacy, they should be standing up and calling for an end to vaccine passports.”

For the latest COVID-19 information in your language
click here
.

Who has had their COVID-19 vaccination in Australia?