Why doing the 2021 Census matters for migrants in regional Australia

The last census showed just how diverse parts of regional Australia are, and services such as more English classes were provided as a result. Those living there now say it’s important everyone is counted again this time around. 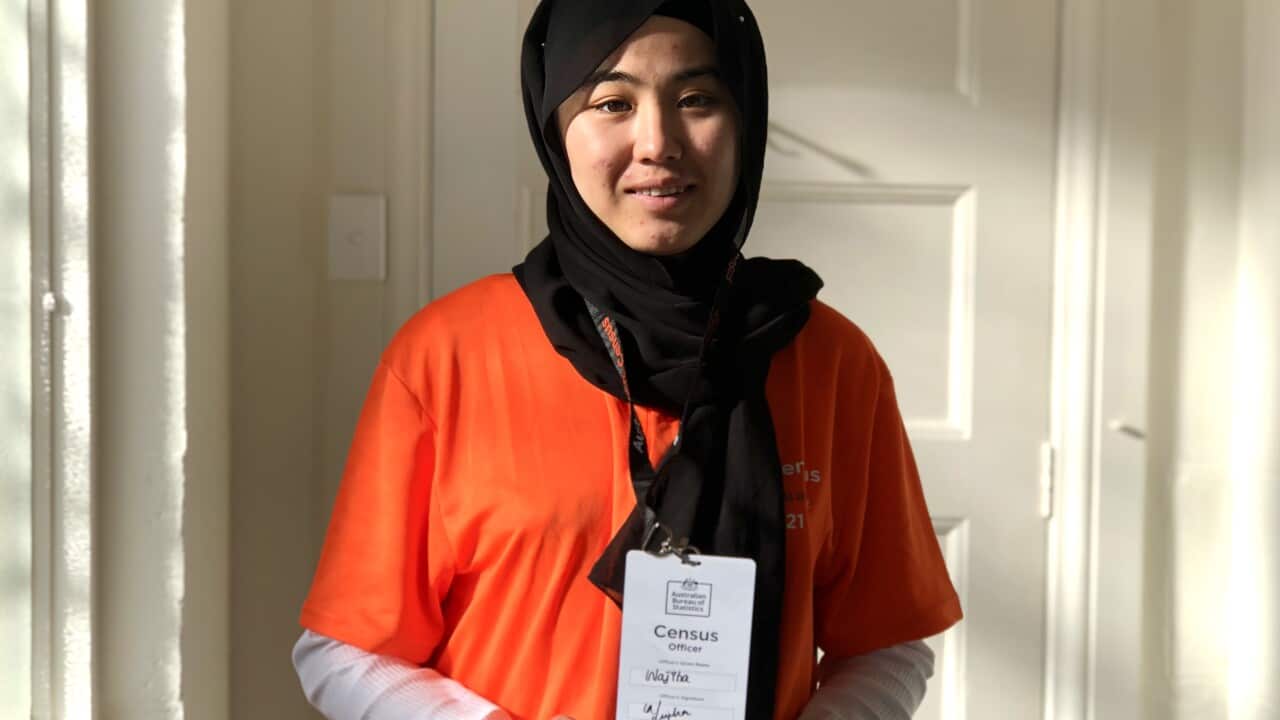 In the seven years since Sadiqa arrived in Australia to reunite with her husband, she has seen a lot of changes in Naracoorte.

The farming village she now calls home is halfway between Adelaide and Melbourne.

“It’s a beautiful small town and now it’s been changed a lot because there are a lot of friends and families who are living here now. You could say it’s a bit crowded now,” she tells SBS News.

Advertisement
Sadiqa is a Hazara woman whose family is originally from Afghanistan. Many of her new friends are also from the Hazara community and have come to the regional centre after years of separation to join their husbands, who found work in the region’s vineyards and meatworks.

Sadiqa and her daughters Naimal and Neha will be included in this year's census for the first time. Source: Peta Doherty/SBS News

Australia’s last national census in 2016 revealed the Naracoorte-Lucindale local government area had the highest migration of people born in Afghanistan than anywhere else in South Australia. Close to four per cent of the LGA’s residents said they were born in Afghanistan, and Hazaragi was recorded as the second most spoken language in the area after English.

Nationally just 0.2 per cent of Australias’ population was born in Afghanistan, according to the last census.

READ MORE
The 2021 Census will go ahead despite Australia's lockdowns. This is how it will work

She hopes the 2021 Census - which is available to fill out now ahead of census night on Tuesday 10 August - will show the progress of new arrivals in South Australia’s regions.

Data from the previous census led to new funding for a standalone migrant resource centre in Naracoorte and Bordertown, and a full-time manager to support the new community.

The Naracoorte Australian Migrant Resource Centre was funded as a result of data from the 2016 Census. Source: Peta Doherty/SBS News

“We have shifted from sole men who came out as boat people or by themselves to work, to being reunited with their families,” Ms Tsoulis says.

She also expects the 2021 Census will showcase their achievements and indicate their sense of belonging.

“I know that since then, people have bought houses, people are sending their kids to school and tertiary education, and those young people are coming back … so there is a whole lot of development that will be nicely put together in one survey.”

The AMRC estimates people from around 27 nationalities are now using its services in Naracoorte, and expects this census to reflect similar growth in other culturally and linguistically diverse communities.

As part of a nationwide effort, the AMRC has partnered with the Australian Bureau of Statistics (ABS) to improve access to the 2021 Census. One of the people involved in making that happen is 20-year-old Wajiha Batool.

Ms Batool, who is also Hazara, arrived in Naracoorte from Pakistan last year to join her father who had worked in Australia for a decade.

As well as studying for her Year 12 certificate at Naracoorte High School, Ms Batool has been taking part in a census open day where people who need help with the survey drop in to receive one-on-one support.

“I’m a [bilingual] census officer and in census, you collect the data from the people to help Australia have funding to make stuff for the people that they need,” she says.

Part of the role involves helping refugees
overcome fears about sharing their personal information
, something she has also had to process.

“You would be like, ‘oh, they are taking our information,’ but that is for the betterment of our own-self, so they take your information to do something good for your future.”

Sadiqa, who says she doesn’t recall hearing about the census in 2016, says she is now well aware of the benefits of being included.

She hopes more migrants being counted this time around will mean more English classes for those who need it.

“We in this community need a lot of classes like English. This is so helpful for all the women who can have [a] dream to achieve something, and that will come true by coming to these classes,” she says.

Sadiqa says she also hopes training options in the area will be improved, such as access to a larger TAFE with more courses for women looking to gain skills in areas such as baking and hairdressing.

The AMRC is also supporting seasonal workers and short-term visa holders to participate in the census this year.

Naracoorte supports a large itinerant workforce that provides labourers for the region’s vineyards. Workers move back and forth between South Australia and Victoria.

“It’s not just a traditional farming mainstream town. It’s more than that. It’s that, plus a vibrant multicultural community.”

Census night is on Tuesday 10 August but the survey can be completed ahead of time. Visit
census.abs.gov.au
for more information.