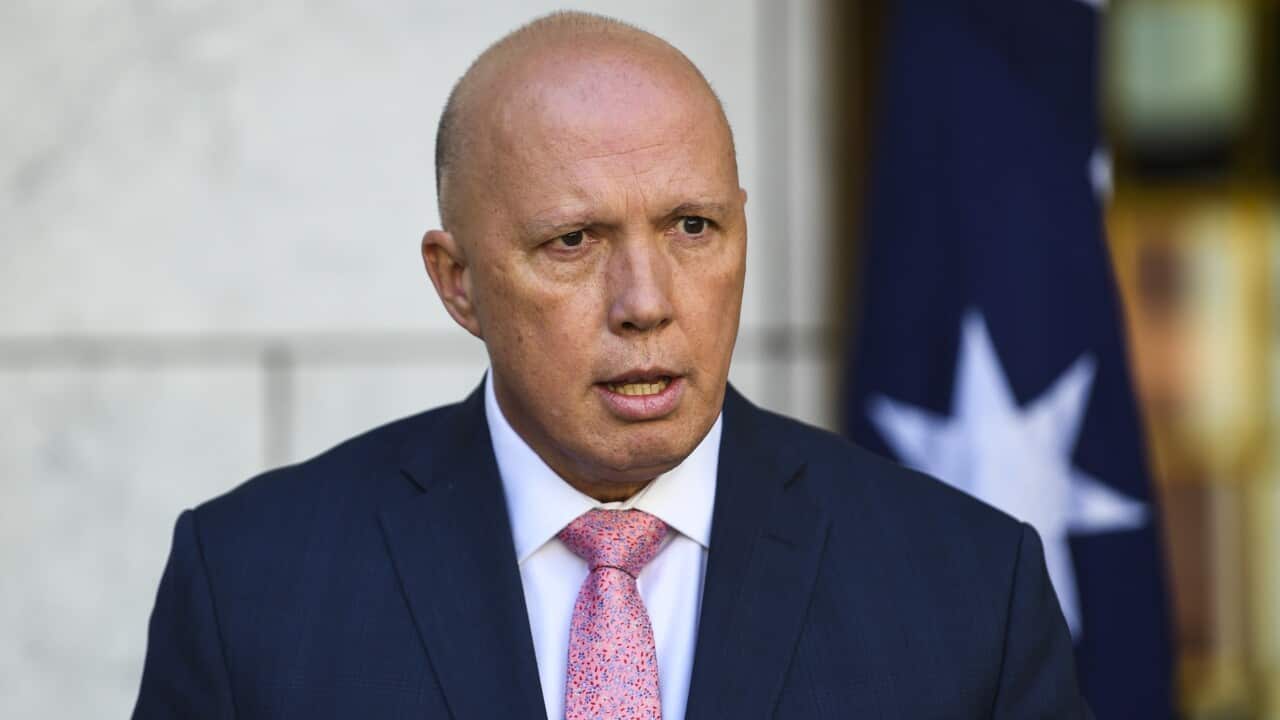 Advertisement
"They are draconian, right wing, extreme, they are removing civil liberties and human rights from Australians."

Minister for Home Affairs Peter Dutton during Question Time in the House of Representatives at Parliament House in Canberra, Thursday, December 3, 2020. Source: AAP