Why mosquitoes seem to bite some people more 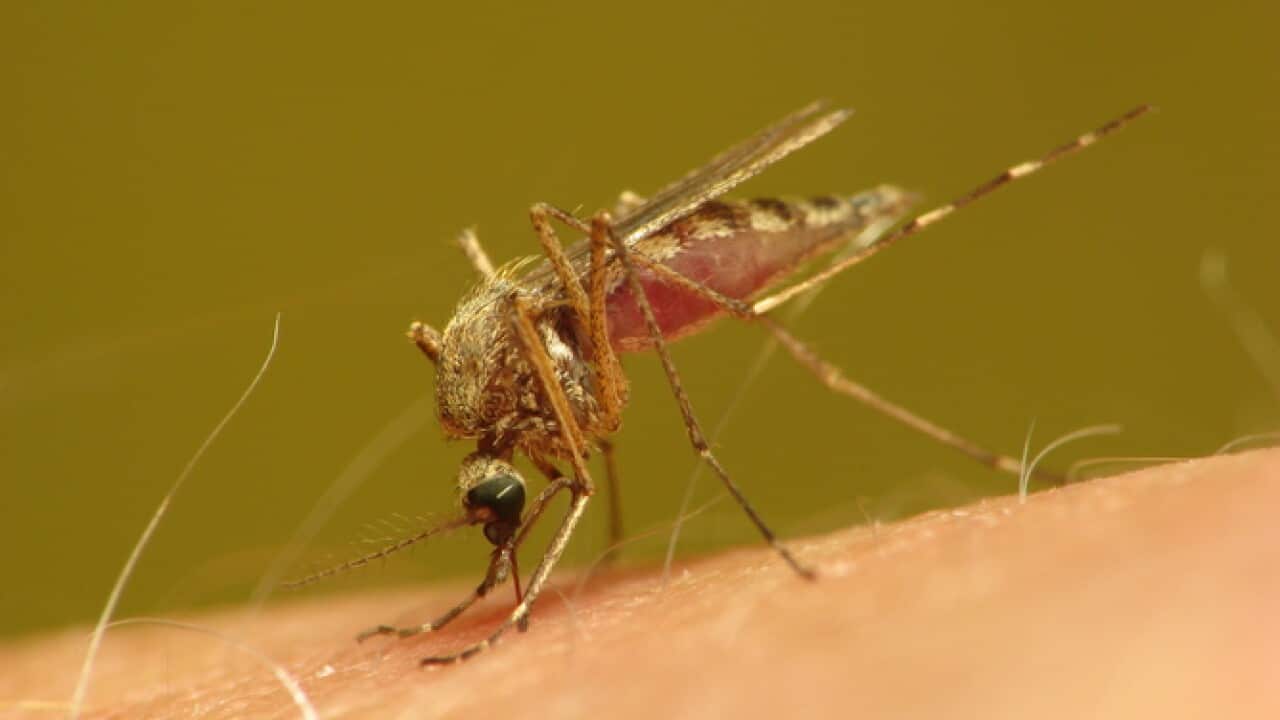 By
Cameron Webb
, University of Sydney

There’s always one in a crowd, a sort of harbinger of the oncoming mosquito onslaught: a person mosquitoes seem to target more than others. What is it about these unlucky chosen few that makes them mosquito magnets?

There are hundreds of mosquito species and they all have slightly different preferences when it comes to what or who they bite. But only females bite; they need a nutritional hit to develop eggs.

Finding someone to bite

Mosquitoes are
stimulated by a number of factors
when seeking out a blood meal. Initially, they’re attracted by the carbon dioxide we exhale. Body heat is probably important too, but once the mosquito gets closer, she will respond to the smell of a potential blood source’s skin.

Studies have suggested blood type (
particularly type O
),
pregnancy
and
beer drinking
all make you marginally more attractive to mosquitoes. But most of this research uses only one mosquito species. Switch to another species and the results are likely to be different.

There are up to 400 chemical compounds on human skin that could play a role in attracting (
and perhaps repulsing
) mosquitoes. This smelly mix, produced by
bacteria
living on our skin and exuded in sweat, varies from person to person and is likely to explain why
there is substantial variation in how many mozzies we attract
. Genetics probably plays the biggest role in this, but a little of it may be down to diet or physiology.

One of the best studied substances contained in sweat is
lactic acid
.
Research
shows it’s a key mosquito attractant, particularly for human-biting species such as Aedes aegypti. This should act as fair warning against exercising close to wetlands; a hot and sweaty body is probably the “pick of the bunch” for a hungry mosquito!

Probably the most famous study about their biting habits demonstrated that the mosquitoes that spread malaria (Anopheles gambiae) are attracted to
Limburger cheese
. The bacteria that gives this cheese its distinctive aroma is closely related to germs living between our toes. That explains why these mosquitoes are attracted to smelly feet.

But when another mosquito (such as Aedes aegypti) is exposed to the same cheese,
the phenomenon is not repeated
. This difference between mosquitoes highlights the difficulty of studying their biting behaviours. Even pathogens such as malaria may
make us more attractive to mosquitoes
once we’re infected.

Only females bite because they need a nutritional hit to develop eggs.
Sean McCann/Flickr
,
CC BY-NC-SA

Researchers are trying to unscramble
the irresistible smelly cocktails on the skins of “mosquito magnets”. But the bad news is that if you’re one of these people, there isn’t much you can do about it other than wearing insect repellents.

The good news is that you may one day help isolate a substance, or mixes of substances, that will help them find the perfect lure to use in mosquito traps. We could all then possibly say goodbye to topical insect repellents altogether.

Sometimes, it’s not the bite as much as the reaction that raises concerns. Think of the last time the mosquito magnets in your circle of friends started complaining about being bitten after the event where the purported mosquito feast took place. At least, they appear to have attracted more than the “bite free” people who were also at the picnic, or concert or whatever.

But just because some people
didn’t react to mosquito bites
, doesn’t mean they weren’t bitten. Just as we do with a range of environmental, chemical or food allergens, we all differ in our reaction to the saliva mosquitoes spit while feeding.

People who don’t react badly to mosquito bites may think they haven’t been bitten when they’ve actually been bitten as much as their itchy friends. In fact, while some people attract more mosquito bites than others, there’s unlikely to be anyone who never, ever, gets bitten.

The problem is that people who don’t react to mosquito bites may all too easily become complacent. If you’re one of them, remember that it only takes one bite to contract a mosquito-borne disease.

Finally, there is no evidence from anywhere in the world that there is something you can eat or drink that will stop you being bitten by mosquitoes. No,
not even eating garlic
, or swallowing
vitamin B supplements
.

Perhaps if we spent as much time thinking about how to
choose and use mosquito repellents
as we do about why mosquitoes bite our friends and family less than us, there’d be fewer bites all around.

Cameron Webb and the Department of Medical Entomology have been engaged by a wide range of insect repellent and insecticide manufacturers to provide testing of products and provide expert advice on mosquito biology.

Share
5 min read
Published 26 January 2015 at 6:58am
By Cameron Webb
Source: The Conversation