Lisa Montgomery is set to be the first woman executed in the United States in decades, but family violence and mental health advocates say she should never have been put on death row. 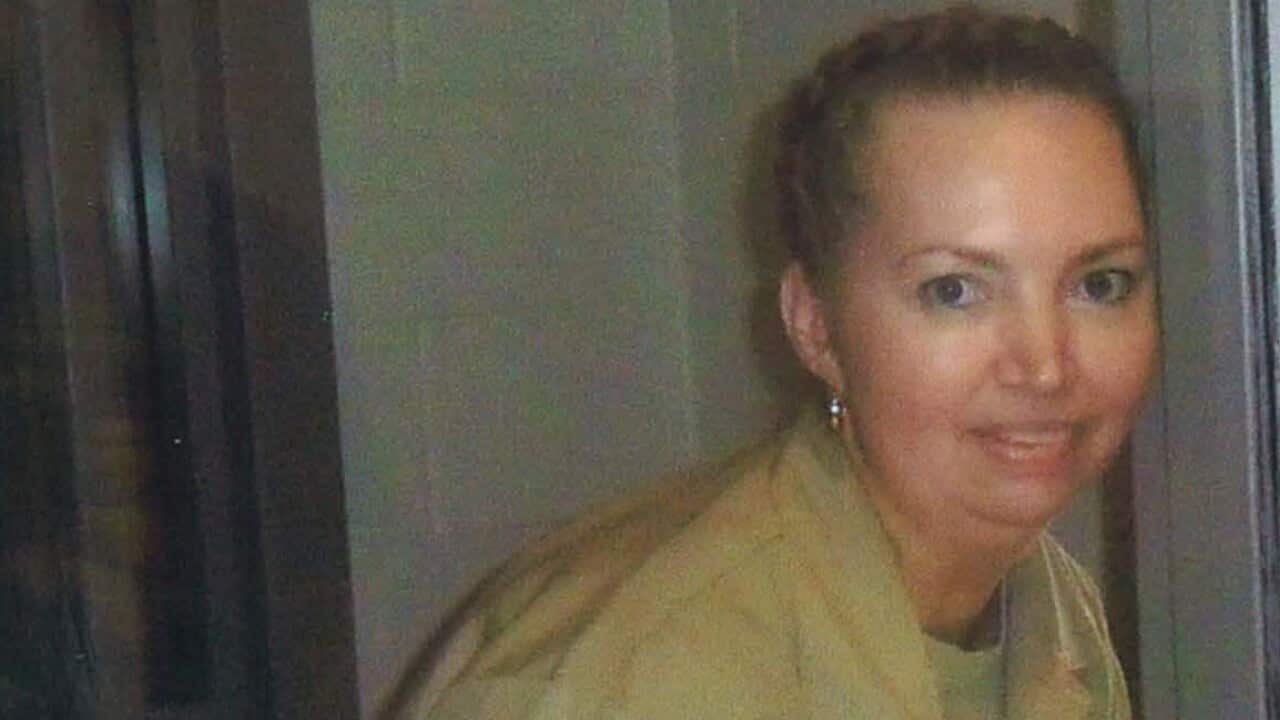 Lisa Montgomery is slated to be the first woman executed in the US in over 70 years. Source: AAP

Lawyers for Lisa Montgomery, slated to be the first woman executed by the US federal government in almost 70 years, have sought clemency from President Donald Trump on Tuesday claiming she was profoundly mentally ill when she committed murder in 2004.

In a last-ditch effort to prevent her execution going ahead on 12 January, they told Mr Trump in a letter that Montgomery was born brain-damaged and endured a life of extreme abuse before committing her crime.

Advertisement
"Broken before she was born, Lisa Montgomery's life was filled with torture, terror, failure, and betrayal," they wrote.

Montgomery witnessed the sexual assault of her older sister, with whom she shared a bed, from four years old before falling victim to the same ongoing abuse at the hands of her stepfather when she was 13, a report by the Inter-American Commission on Human Rights states.

From the age of 15, she was allegedly repeatedly sold for sex by her mother in exchange for utilities and services. "She would ask the other children to leave the trailer so that the plumber, the electrician, and the man who delivered the propane gas could rape Lisa," the report read. In other instances, she was allegedly gang raped by her stepfather's friends who would allegedly urinate on her afterwards.

"Lisa’s abuse doesn’t excuse her crime. But it does provide an explanation for how she came to commit that crime, a context for trying to understand what otherwise might seem incomprehensible," an open letter to Mr Trump in November, signed by family violence and mental health organisations, read.

"A victim of trauma with serious mental health issues, including dissociative disorder directly linked to her experiences of sexual violence, Lisa’s mental illness is inextricable from the crime she committed."

The lawyers have requested Mr Trump commute her death sentence to life in prison without parole. Three leading US mental health organisations - the National Alliance of Mental Illness, Mental Health America, and Treatment Advocacy Centre - have also joined the campaign to have her sentence commuted.

Montgomery, 52, was sentenced to death for the murder of a pregnant, 23-year-old Missouri dog breeder, Bobbie Jo Stinnett. The crime was particularly gruesome and pre-meditated.

Under the guise of buying a puppy, Montgomery went to Ms Stinnett's home, where she strangled her to death, and cut the baby from her body.

She then travelled back to her home in Kansas and told her unsuspecting husband that the baby was hers.

Montgomery's lawyers do not contest the facts, but say her defence was mishandled and the court ignored her history of mental illness and childhood abuse.

Two prosecutors who have dealt with similar cases supported the clemency request.

"We know from first-hand experience that these crimes are inevitably the product of serious mental illness. Women who commit such crimes also are likely to have been victimised themselves," they wrote.

"These are important factors that make death sentences inappropriate."

The last woman to be executed by the US federal government was convicted murderer Bonnie Heady in 1953, according to the Death Penalty Information Center.

Montgomery is one of 13 federal death-row inmates whose executions the Trump Justice Department decided last year to go through with after a 17-year halt to carrying out death sentences.

The hiatus was prompted by questions about execution methods and broader opposition to the practice.

Ten people have been executed since July and three more, including Montgomery, are scheduled before Mr Trump's presidency ends on 20 January.

A supporter of the death penalty, Mr Trump has so far not intervened in any capital case.

Joe Biden, who will replace Mr Trump as president in 15 days, opposes the death penalty and has criticised the Trump administration's resumption of executions.