It's the first record wolf on Belgian soil in more than a century, the latest sign of the predator's repopulation in Europe. 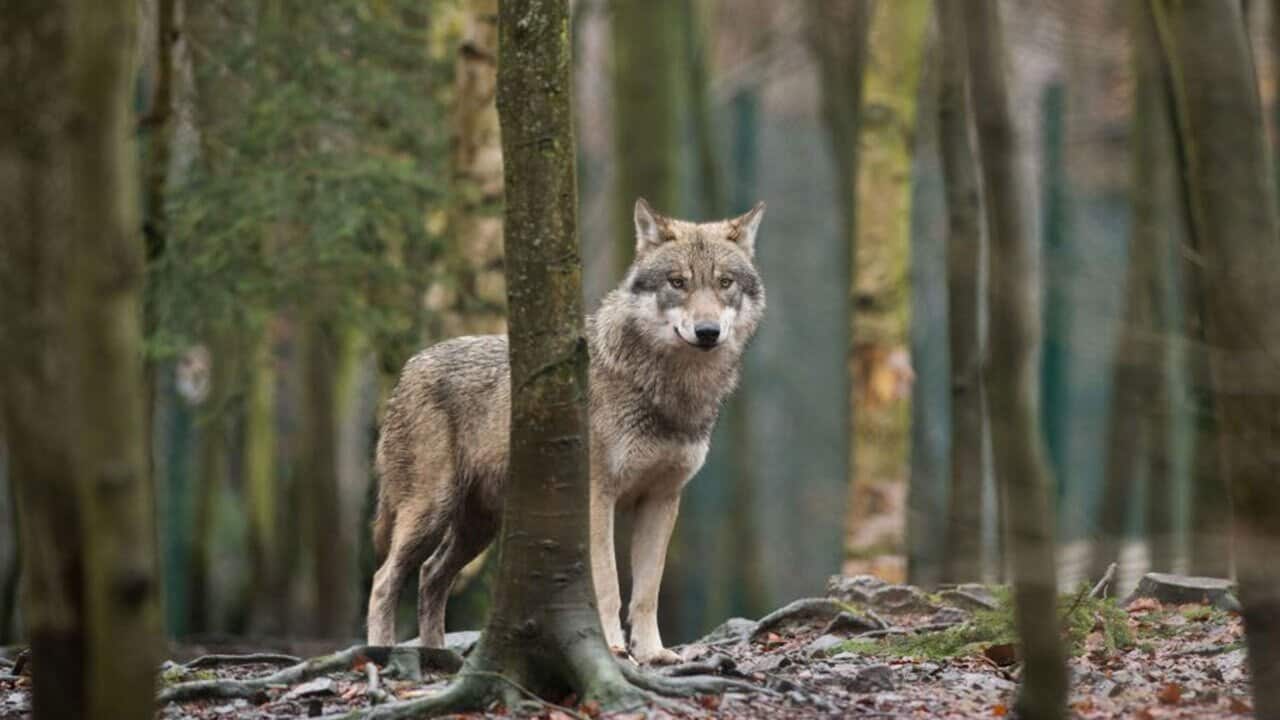 A picture taken on January 4, 2018 shows a wolf in its enclosure at the Hexentanzplatz zoo in Thale, northern Germany. Source: Getty

A wild wolf has been found in the northern Belgian region of Flanders for the first time in more than a century, an environmental group said Saturday.

The female wolf known as Naya came from eastern Germany after being fitted with a tracking device in Dresden.

"Our country was the only one in continental Europe to have not been visited by a wolf," since the animal began recolonising the continent, Landschap said.

Overhunting, industrialisation and urban sprawl progressively led to the disappearance of the wolf from most of Western Europe since the beginning of the 20th century.

Since the Bern Convention of 1979, the wolf has gone from public enemy to a protected species as "a fundamental element of our natural European heritage".

In some countries, like Romania and Poland where there have always been wolves, people adapt to treat an attack on sheep "like an accident, like a flock that falls into a ravine", says Farid Benhammou, a specialist on predators.

But in the new zones of wolf colonisation -- in France and in some regions of Italy and Spain -- there are major tensions, with farmers particularly unhappy at their re-emergence.

Naya was detected in Flanders in January 2018 after leaving her pack in October 2017.

She was fitted with an electronic tracker collar around her neck when she was six months old, which allowed her to be identified as coming from neighbouring Germany. Naya will turn two in May.

She had also been spotted during the Christmas period in the Netherlands, according to Landschap.

"In recent days the wolf has stayed near the Flemish town of Beringen and the military base at Leopoldsburg. The animal has covered 500 kilometres (300 miles) in ten days," the group said.

According to experts, her transmitter suggests she covers roughly 30-70km a night, wandering swampland and forest seeking a new home to establish her own pack.

In 2011 hidden cameras picked up images at night of what was very likely a wolf in the Ardennes region of southern Belgium.

But without any DNA traces, or any further appearances, the sighting could not be confirmed.

Groups in support of biodiversity welcomed the latest news of a wolf detected in Belgium, calling on the government to adopt a strategy to encourage the return of the species to the country on a more permanent basis, including compensation to farmers whose livestock are attacked.

In 2017 scientists discovered a breeding pack of wolves in Denmark, the first sign of wolves in the country in 200 years.