Demand by publishers for stories from Black and Indigenous writers has skyrocketed in recent years. It spiked again, including in Australia, at the height of the resurgence of the Black Lives Matter movement last year - but will it last? 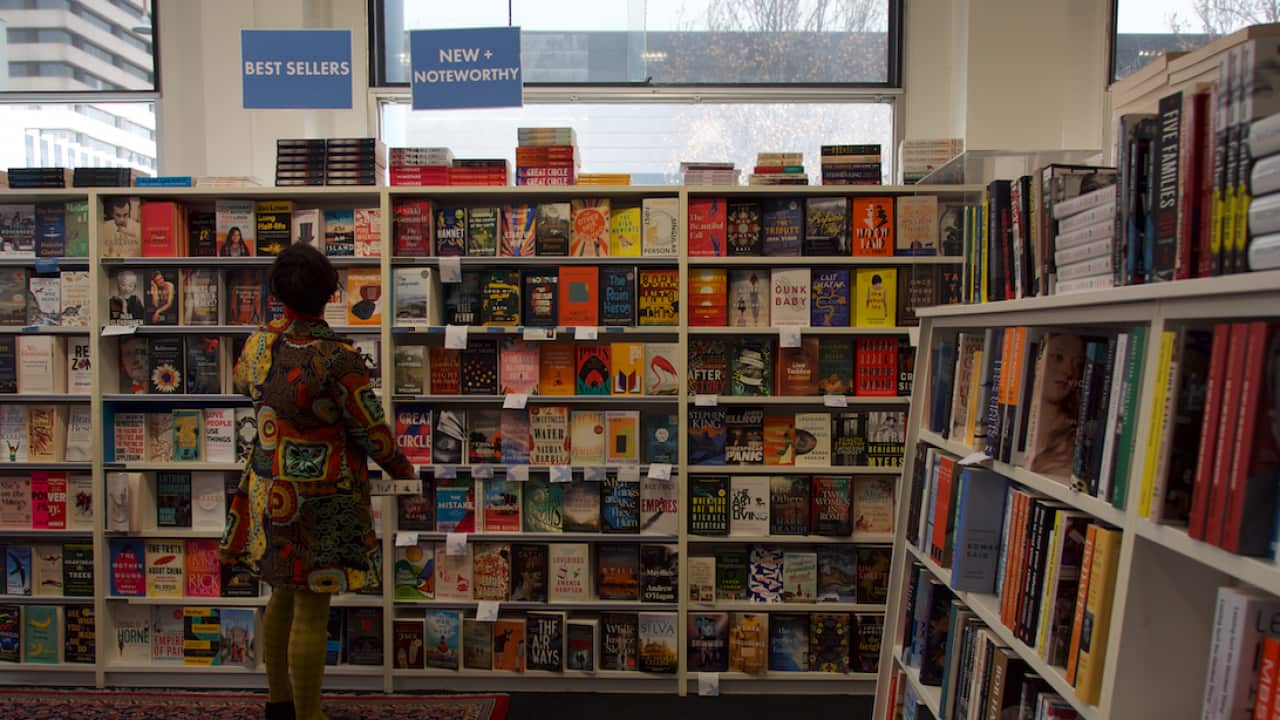 While pakana man Adam Thompson only began writing a few years ago, it's been an extraordinary journey so far.

In 2016-17, he was the recipient of writing awards from the Tamar Valley Writers Festival and the Tasmanian Writers and Readers Festival.

His first book, Born Into This, a collection of short fictional stories about Aboriginal life in contemporary Tasmania was released in Canada and the United States in July where it was featured in The New York Times.

The book was released in Australia a few months earlier and Thompson says reaction to it "has been really positive".

"The reviewers are looking at it in-depth, and they’re able to articulate the stories and the overall messages and themes way better than I could do," he says.

Tim Jarvis is a manager at Fullers Bookshop, which he describes as a "Hobart institution" that is "super keen on Tasmanian books". He says Born Into This has been on the store's bestseller list all year.

"People are so excited that [Thompson] has written a book. It's had an enormous amount of support," he says.

"As soon as we heard the book was coming, we got in touch to organise a launch and the tickets sold out within a matter of days."

Born Into This has been a best seller at Fullers Bookshop since it was released in February. Source: SBS News/Sarah Maunder

The success of Born Into This is yet another marker of how the appetite for Indigenous stories and voices in mainstream culture has changed in recent years, including in the publishing industry.

Demand spiked further after the murder of George Floyd in the US in May last year and amid the resurgence of the Black Lives Matter movement.

It saw Fullers Bookshop create a specific display for books about anti-racism.

"There was more demand than supply could meet, so there were perpetual stock shortages," Jarvis says.

Now, he says, interest in books from writers from Black and Indigenous writers, and about racism, hasn't disappeared.

"It remains an issue that people feel very strongly about."

READ MORE
How the death of George Floyd changed the world, one year on

Bundjalung woman Grace Lucas-Pennington is the senior editor of the State Library of Queensland's black&write! Indigenous Writing and Editing Project, established a decade ago to boost the opportunities for Indigenous writers in Australia.

She says the resurgence of Black Lives Matter "woke up" up mainstream readership and publishers "to the fact there are more stories out there that we're not seeing".

"Sales went through the roof after BLM went worldwide mid-2020 … so we saw huge demand from readers and from publishers, and that’s going to have a knock-on effect for the next generation of writers."

"Black writing is important to me because we’ve always been here. We’ve always been telling our stories, but they weren’t getting published at the same rate as mainstream authors."

Lucas-Pennington says it was a moment of reflection for the industry.

"We've been fighting this fight for years, we know we need more voices, we know we’re underrepresented in the media, in the arts, in publishing, in politics, in every sphere of life."

"It was interesting to see everyone else catching up, and to see publishers looking at their own lists and realising they haven’t published any Indigenous writers."

Dr Radhiah Chowdhury is a Bangladeshi-Australian author and editor with years of experience in Australia's publishing industry.

In 2020, she wrote
It's hard to be what you can't see: Diversity Within Australian Publishing
, a report looking at the sector that also drew from studies from the United Kingdom.

She says Australia's publishing industry has always been reactive, rather than proactive, to cultural and historical moments, as well as being "very white, and very middle class".

"The only way to disrupt it is to change who sits at the table, and that's not to say you bring in a person of colour who has to call everyone out and hold everyone accountable, but it's a start at least to look across the room and see someone who doesn't look like you," she says.

"That's fundamentally the first thing that has to happen, and it's something that is not happening."

Thompson, though, is optimistic for the future.

He attended the Sydney Writer's Festival earlier this year and witnessed firsthand the hunger that readers have for Indigenous stories.

"Seeing the opening address there by three, strong Aboriginal women - and people in the community [were] just hanging off every word they said," he says.

"The time of non-Aboriginal people telling Aboriginal stories has passed. We have our own narrative, and people at the moment are just gobbling that up."