'Women should not be concerned': Baby powder link to ovarian cancer 'unproven'

Years of research have yet to determine whether the use of baby powder can be linked to ovarian cancer, an Australian researcher says. 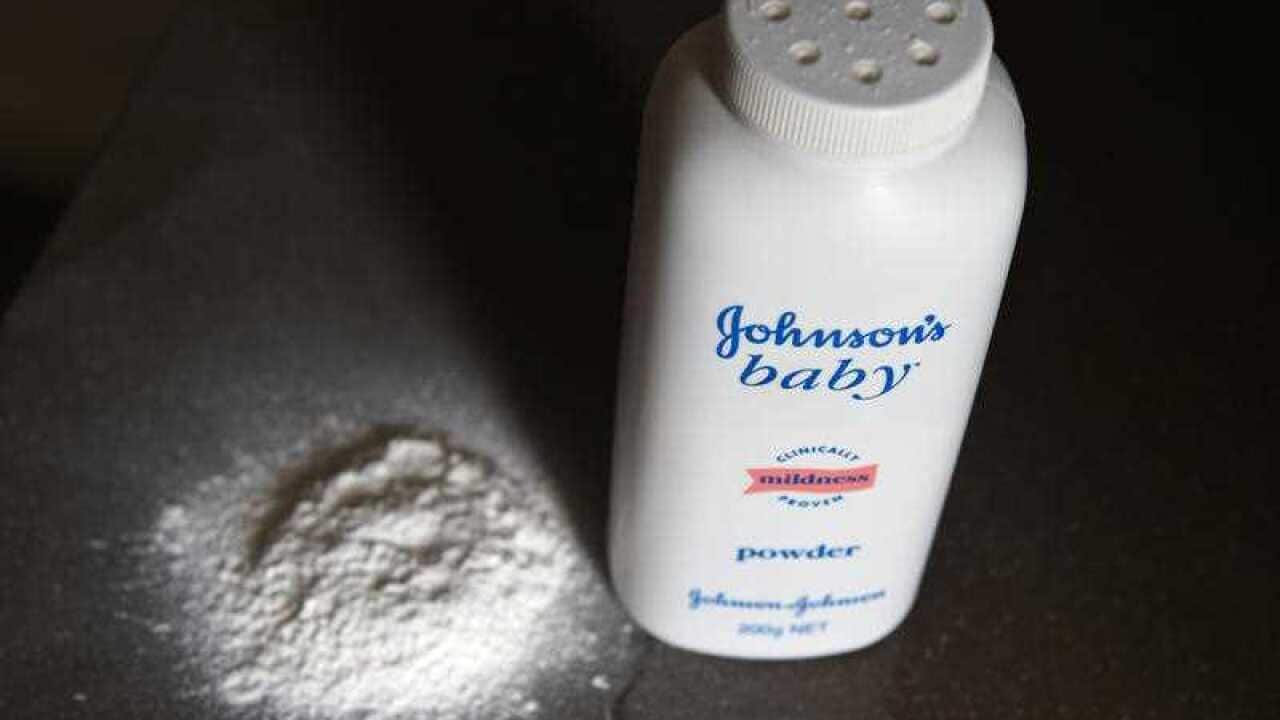 An Australian researcher says women do not need to change their use of baby powder, despite a US court ruling that it caused a woman to develop fatal ovarian cancer.

A Missouri jury has ordered
Johnson & Johnson to pay $US72 million
to the family of a woman who died from ovarian cancer after using the company's products containing baby powder for 35 years.

Advertisement
He said a court room was "not the venue in which you settle scientific truths or objectivity".

"The evidence has been around for some years and it is of such a nature that on the one hand we cannot dismiss out of hand the possibility that talcum powder may play a role in the development of ovarian cancer," he said

"But the evidence, nonetheless, is so poor that it hasn’t to my knowledge justified any health authority in the world taking action even at the most trivial levels of putting warnings on talcum powder."

There have previously been concerns about talc's potentially carcinogenic properties as it is often found very close to asbestos deposits, and prior to the 1970s asbestos could sometimes be found in talcum powder.

Since the 1970s all talc products have had to be asbestos-free, but concerns over the possible cancer links have continued.

Professor Stewart said the results of studies searching for a causal link was "complex".

"In some studies there is no association between use of talcum powder and increased risk of ovarian cancer," he said.

"And even in those studies where there is an association, in several of those studies it’s inverse: that women who used talcum powder a lot had less risk than those who used it less frequently.

"There may be an association between talcum powder and cancer, but it may not be causal. Talcum powder may be, in this context, an indicator of some other socioeconomic factor that we don’t know about that is in fact the explanation for the increased risk."

Johnson & Johnson, who first introduced talcum powder in 1894, have strongly rejected the link between their product and cancer.

"The talc used in all our global products is carefully selected and meets the highest quality, purity and compliance standards," a company spokeswoman told SBS News in a statement.

"The recent jury outcome goes against decades of sound science proving the safety of talc as a cosmetic ingredient in multiple products, and while we sympathise with the family of the plaintiff, we strongly disagree with the outcome.”

A 2014 study
found "perineal powder use [applying powder to the genital area] does not appear to influence ovarian cancer risk".

The study surveyed more than 93,000 American women aged between 50 and 79 for an average of 12.4 years and measured whether a number of things, including the use of talcum powder, were associated with the development of ovarian cancer.

The study found the likelihood of a woman developing cancer if she used baby powder compared to never using it was the same.

"When my kids were babies I used it when we changed nappies and I sprinkled it over them after a bath," she said.

"I've always used it, mainly under my bust area, and my husband uses it.

"There's worse things in the world that will affect your health so I'm not worried."

Mrs Bruzzano said about 12 months ago she switched from baby powder with talc in it to one with corn starch instead.

Professor Stewart said women should not be concerned in light of the US court's decision.

"There should not be a burden of anxiety or anything related to it in respect of past practice because the evidence just doesn’t justify that," he said.

"In respect of future practice I don’t think the evidence is sufficient to warrant advice that you should change your use of talcum powder.

"However if an individual woman on hearing all this decided ‘No, I’d rather not go there’, then that’s fine too. I regret not being able to be more definitive than that."

The court ruling has attracted widespread attention across social media.