Supermarket giant Woolworths is creating 20,000 new jobs to meet unprecedented demand but there's a growing list of companies shutting their doors and standing down staff. 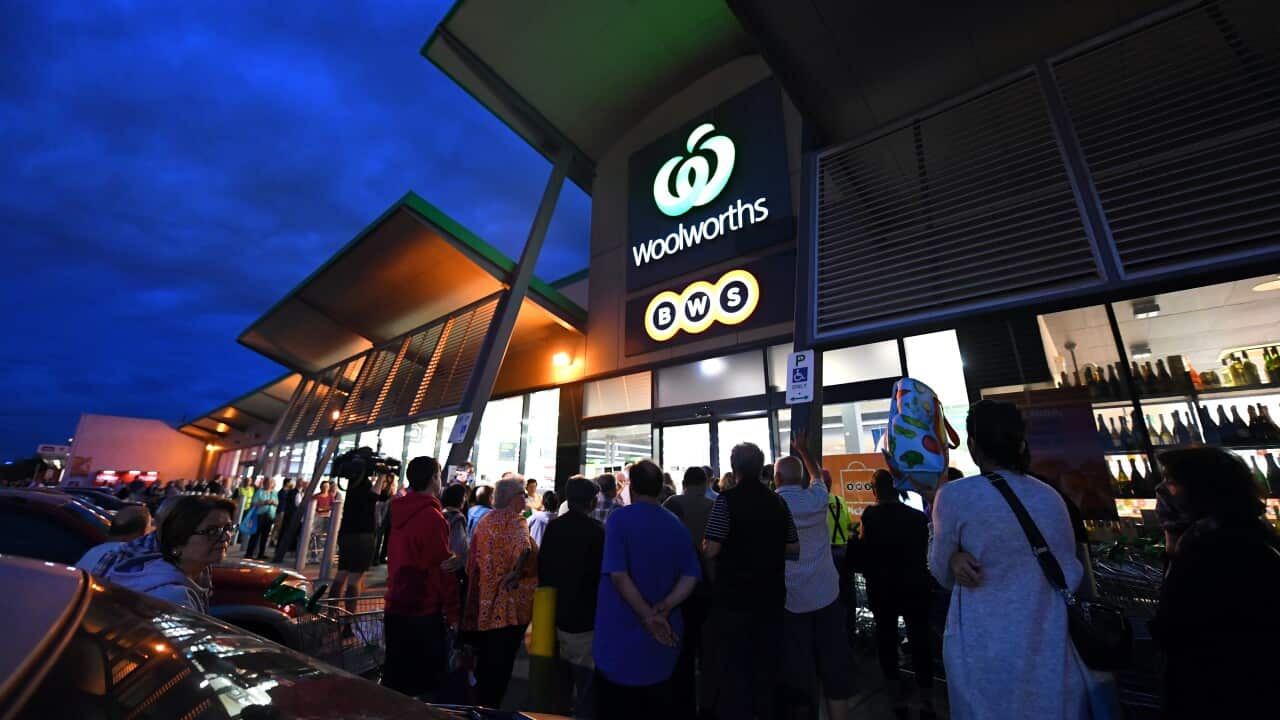 People are seen waiting outside a Woolworths supermarket in Melbourne Source: AAP

Woolworths is creating 20,000 new jobs to meet a surge in demand but the list of companies shutting stores and standing down staff continues to grow.

Woolworths on Friday said it has placed around 3,000 of its stood-down ALH Group team members in new roles across its BWS, Dan Murphy's and Woolworths Supermarkets and is preparing to offer up to 5,000 short-term roles to Qantas employees taking leave without pay.

Woolworths on Tuesday stood down 8,000 workers following the government ban on pubs, clubs and hotels and postponed the separation and spin-off of its Endeavour division until 2021.

Read more
'It's un-Australian, and it must stop': Scott Morrison tells Australians to cease panic buying

Coles supermarkets earlier this month offered 5,000 jobs to help better capitalise on the rampant buying of food and household goods.

Meanwhile, homewares trader Adairs will join those retailers temporarily closing stores in Australia for the safety of staff and customers.

It will temporarily shut stores for four to six weeks after trade on Sunday.

Adairs has already shut its stores in New Zealand, and will continue trading online in both countries.

Kathmandu has about 170 stores in Australia and NZ, and more than 100 Rip Curl stores.

It is understood about 2,000 Australian store and head office staff, with the exception of a skeleton crew, will be stood down without pay for four weeks.

The board has suspended dividend payments to shareholders.

The Kathmandu workers join a growing number of Australians stood down from their jobs without pay.

A generic view of the Kathmandu signage and store in Adelaide. Source: AAP

On Thursday, Premier Investments - which owns the Smiggle, Peter Alexander, Portmans and Just Jeans stores - stood down 9,000 workers around the world.

Accent, which also owns the Platypus and Hype shoe chains, will stand down a reported 5,000 staff.

Mosaic Brands - the owner of Noni B, Rivers and Katies - said it will stand down 6,800 employees across 1,300 stores while Michael Hill Jewellers earlier this week announced it would shut 300 stores, including 165 in Australia.

The travel industry has suspended larger numbers of workers.

Read more
Qantas and Jetstar to suspend all international flights

Flight Centre says an initial 6,000 of its global sales and support staff globally will either be stood down or made redundant.