What's been touted as the single biggest trial of shark detecting and repelling technologies is about to get underway in NSW, at a cost of $16 million. 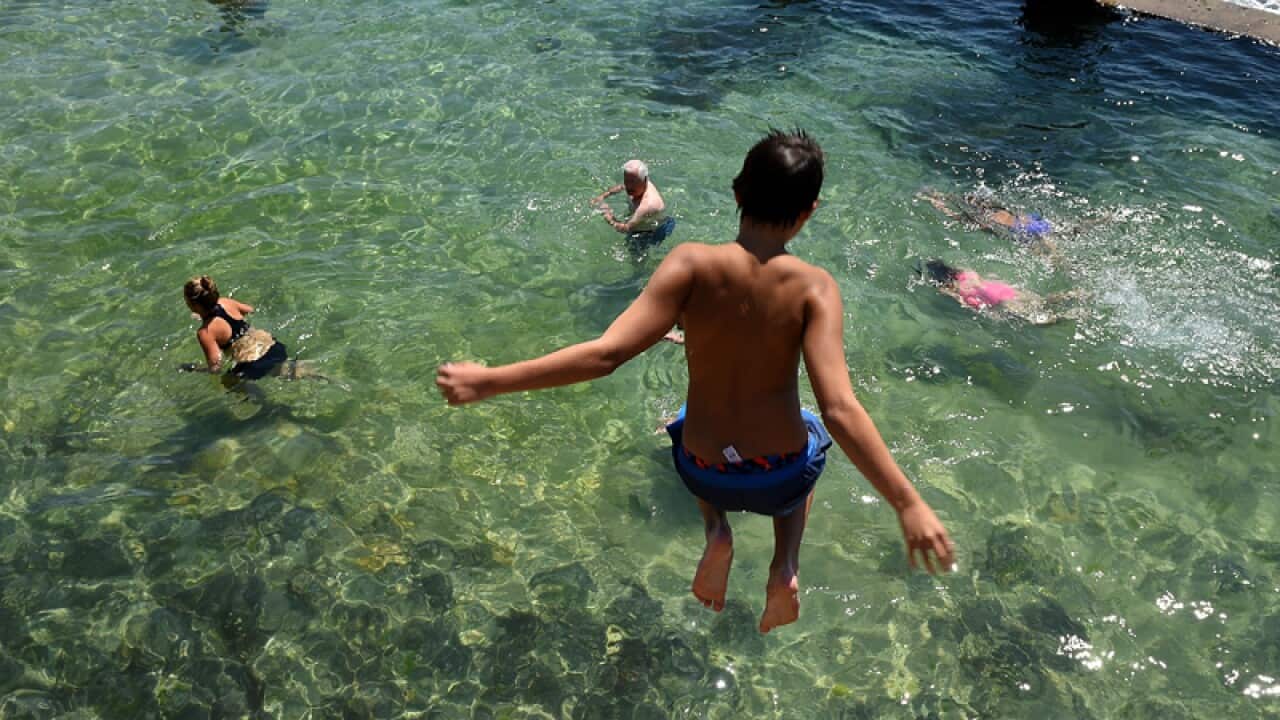 The NSW government will spend $16 million on a shark defence strategy to make beaches safer. (AAP)

Catch-and-release shark traps, drones and floating internet networks are set to be trialled from this summer in a bid to nudge nervy NSW beachgoers back into the water.

The $16 million plan is understood to be the single largest global trial of technologies designed to keep sharks and swimmers apart.

The state's north coast has become ground zero for shark attacks this year and will be at the centre of the government's initiative to keep swimmers and surfers safe.

Advertisement
"We know that the north coast has been hurting, and some of the responses and the technologies that we will be deploying will be dedicated to the north coast," NSW Primary Industries Minister Niall Blair told reporters at Sydney's Coogee beach on Sunday.

"But this is a whole-of-state response.

"The NSW coastline has over 2000 kilometres, and we know that what works here in Coogee may not work at some of the other beaches across the state."

The plan, which will test next-generation shark defence technology from this summer and extend over five years, will set aside $7.7 million for trials of new technologies and aerial and coastal surveillance.

Twenty internet-enabled "listening stations" will also be positioned along the coast, which will help track sharks in real-time.

"This is about helping to reduce the risk for beachgoers and bringing back confidence for those people who love going to the beach but also the businesses that rely upon our tourism dollar," Mr Blair said.

His department head Scott Hansen says it is the single largest global trial of technologies designed to keep sharks and swimmers apart.

Among the new technologies that may be tested in NSW are so-called "smart drum lines".

It comes less than a year after Western Australia dumped its own controversial drum line program, which involved an anchored bait and hook that trapped sharks and kept them from straying too close to shore.

"The old drum line basically sits offshore with a piece of bait, it catches a shark, and that shark is only found when the contractor or fisherman retrieves his gear," DPI shark expert Vic Peddemors told AAP.

Smart drum lines, on the other hand, send an immediate alert out - meaning NSW authorities will be able to retrieve trapped sharks while they are still healthy, tag them and release them out at sea.

"The design is to be non-lethal, which is what's most exciting about the technology," Dr Peddemors said.

But NSW will have to seek permission from Canberra before deploying the new drum lines.

The minister has also promised coastal communities will be consulted.