'You are a chef, NOT a doctor': Pete Evans slammed for dairy medical advice

A Brisbane doctor has penned a damning open letter to Australian chef and TV personality Pete Evans after he offered medical advice to a woman with osteoporosis via social media. 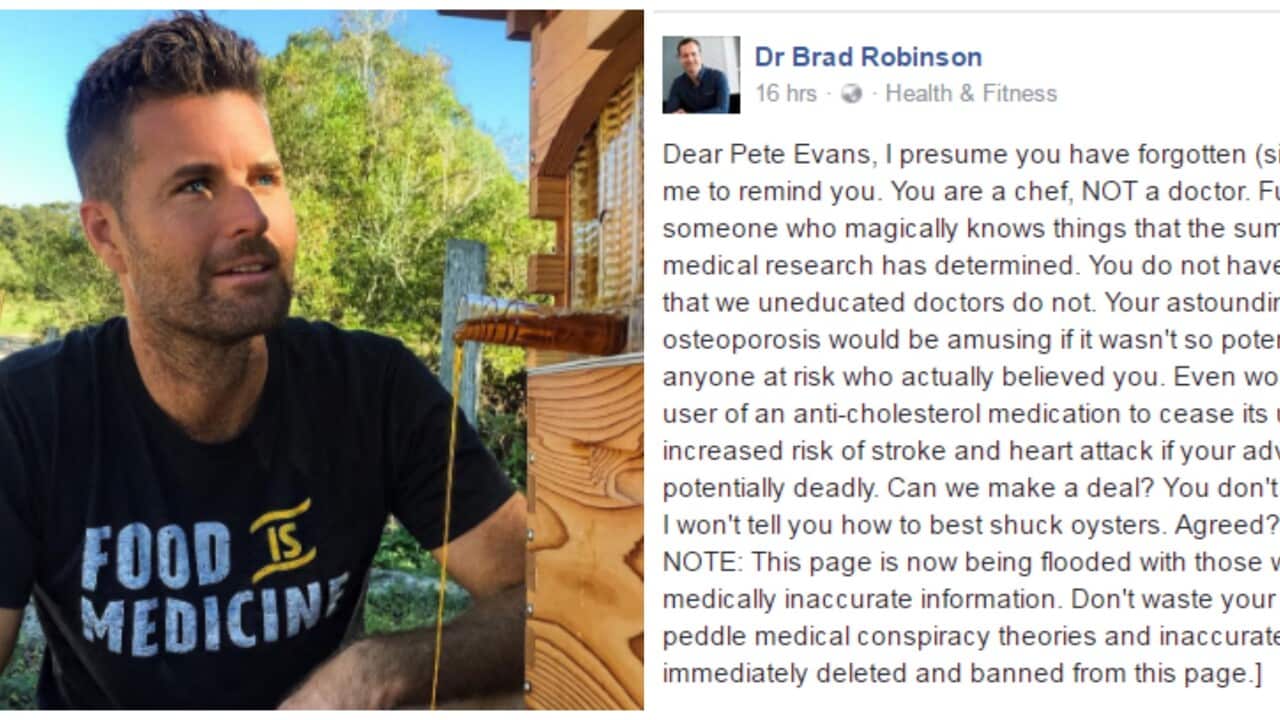 The My Kitchen Rules judge told a woman with osteoporosis that she should avoid dairy and adopt a paleo diet as “calcium from dairy can remove the calcium from your bones”, during a Facebook Q&A on Sunday.

He later added that, “most doctors do not know this information”, after the woman said she would need to investigate his claim.

Evans’ comments have drawn widespread criticism on Twitter, where his name was trending at the weekend, as well as from medical practitioners including Brisbane obstetrician and gynaecologist Dr Brad Robinson.

In an open letter to the chef, Dr Robinson wrote, “Dear Pete Evans, I presume you have forgotten (silly you!) so please allow me to remind you. You are a chef, NOT a doctor."

“Your astounding advice about osteoporosis would be amusing if it wasn't so potentially damaging to anyone at risk who actually believed you.

“Can we make a deal? You don't give medical advice and I won't tell you how to best shuck oysters. Agreed?”

“The keystone to preventing osteoporosis is adequate calcium intake and this is achieved by three (daily) serves of calcium-rich foods like dairy,” he said.

“Dairy is the most easily available source and has the highest calcium content in it.”

Evans also recommended ditching dairy - along with grains and legumes - for people who said they suffered from psoriasis, anxiety, Hashimoto auto immune disease and an underactive thyroid.

He returned to social media on Monday morning to respond to the backlash by sharing a lengthy post on dairy from paleo expert Nora Gedgaudas.