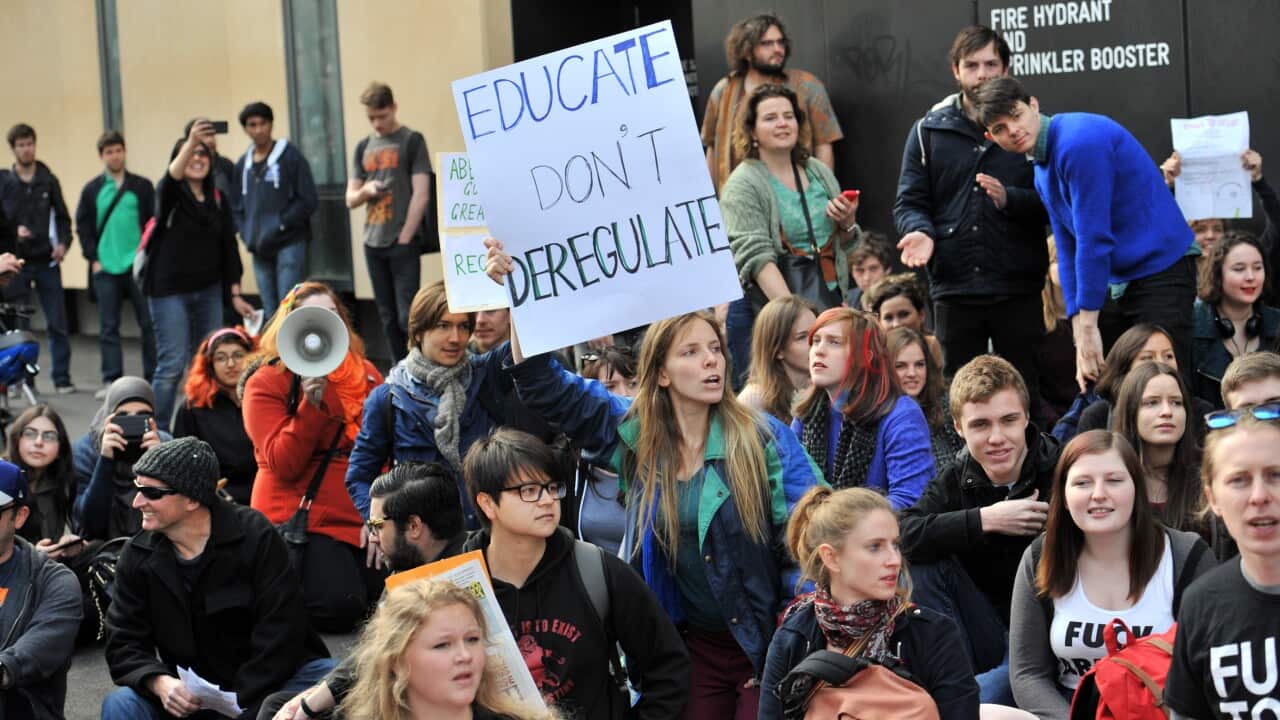 A growing number of Australians feel powerless about the process of democracy in Australia and favour changes including a 'none of the above' option for voters and a free vote for MPs, new research suggests.

The research, carried out by the Museum of Australian Democracy and the University of Canberra, explored the different attitudes to democracy in Australia across four age groups.

Advertisement
It showed that Gen Y actively used social media and other contemporary forms of political engagement but many felt dissatisfied with today’s political system.

"The findings that we were most concerned about were around this sense of powerlessness that most Australians were articulating."

Nineteen per cent of Gen Y said they were unhappy with the way democracy worked in Australia compared with Generation X (15 per cent), baby boomers (16 per cent) and the "Builder" generation born between 1925 and 1945 (7 per cent).

Museum of Australian Democracy Director Daryl Karp told SBS the findings poked holes in the stereotype of Generation Y as apathetic and unengaged but showcased alarming levels of disillusionment.

“Probably the biggest thing the research showed about the younger generation was the mounting dissatisfaction with democracy in Australia,” she said.

"Essentially they were thinking that big business had too much power and they felt that the process didn’t take into account their way of thinking and engaging with democracy.”


The findings were based on a survey of 826 participants from all of the states and territories.

An interactive exhibition of the research findings called "Power of 1: Does your vote count?" opened today at the
Museum of Australian Democracy
at Old Parliament House.

Reasons for this included a feeling that voters were forced to make uninformed decisions and many simply voted to avoid a fine.

Of those surveyed, 38 per cent said they thought MPs should have a free vote in Parliament, with builders favouring this the most.

A further 41 per cent of respondents said they thought there should be caps on political advertising and donations.

Almost one in three said they thought voting papers should include a "none of the above option", which Ms Karp said was "effectively a protest vote."

"The findings that we were most concerned about were around this sense of powerlessness that most Australians were articulating," Ms Karp said.

"It wasn’t just Gen Y; across the board Australians are feeling very powerless about the process of democracy, and that not good for democracy itself."

Power of one: Does your vote count?

The exhibition, which opens today in Canberra, allows visitors to contribute their views and will be updated with that information.

Ms Karp said the interactive nature of the exhibition was in keeping with the theme of democracy.

“We wanted the answers that visitors provided to shape the exhibition and to give us a sense of what the issues actually were,” she said.

“We’re allowing the voices to speak for themselves. We believe that in making it participatory we’re encouraging people to have a say and be heard.”

The exhibition opens today at the
Museum of Australian Democracy
at Old Parliament House.