'You're a nasty piece of work': Pauline Hanson slams Hanson-Young

The One Nation leader has blasted Greens Senator Sarah Hanson-Young during a live TV interview. 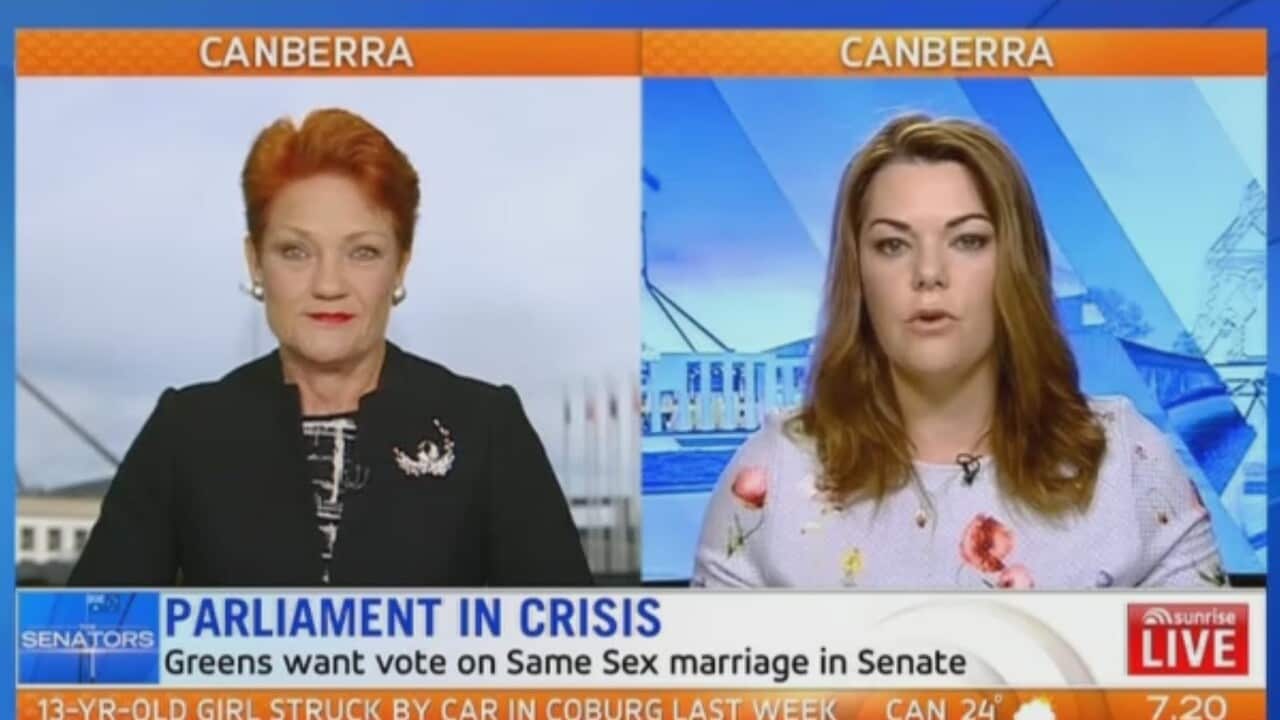 Pauline Hanson and Greens Senator Sarah Hanson-Young have clashed on live television after the One Nation leader refused to condemn the far-right group that
heckled Sam Dastyari last week
.

Senator Hanson-Young asked why Senator Hanson refused to speak out against members of Patriot Blue for their verbal abuse towards the Labor senator at a Melbourne pub, labelling her as "irresponsible".

Senator Hanson hit back: "I just want to ask her [Hanson-Young], does she have to work at being a nasty piece of work or does this just come naturally?"

Advertisement
Senator Hanson later said she did not support the behaviour of the far-right group.

"I made it quite clear last week that no one deserves this. It is unacceptable. I think if Sarah had a look at what I copped for years: I had people throwing urine, tomatoes, eggs. I never heard one member of parliament stand up and support me," she said.

"It was not acceptable 20 years ago... it was absolutely disgusting. This is it, Sam [Dastyari] gets a few nasty words.

"You have called me time and time again a racist. You're a nasty piece of work Sarah Hanson-Young."

"He's played up this whole thing," she told reporters on the campaign trail in Queensland.

"I've got absolutely no time for him whatsoever - I think he's a smart arse."