British actress Jodie Whittaker has been unveiled as the first woman to play 'Doctor Who', telling fans of the cult BBC science fiction series they should "not be scared by my gender".

The 35-year-old, who starred in the British award-winning drama 'Broadchurch', will take over from Scottish actor Peter Capaldi later this year as 13th incarnation of the Time Lord.

Fans were treated to a brief glimpse of Whittaker, walking towards the Tardis in a forest, in a clip shown after the Wimbledon tennis final on BBC television.

Following the announcement, Whittaker said "it feels incredible" to take on the role.

"It feels completely overwhelming, as a feminist, as a woman, as an actor, as a human, as someone who wants to continually push themselves and challenge themselves, and not be boxed in by what you're told you can and can't be," she said.

The adventures of the doctor - a time travelling, humanoid alien who traverses the universe - have maintained a loyal following since they were first aired in 1963.

Whittaker anticipated some controversy over the choice of a woman as the new doctor despite such a move being well trailed, but said viewers didn't need to worry.

"I want to tell the fans not to be scared by my gender," she said.

"Because this is a really exciting time, and Doctor Who represents everything that’s exciting about change. The fans have lived through so many changes, and this is only a new, different one, not a fearful one," she added.

Outrage over a woman Dr who makes no sense, its a MC that changes every 2-4 years & he's a alien that can change genders when he regenerates

Lot of folks who have never cared about Dr. Who before are suddenly very concerned. Maybe we should announce that climate change is a woman.

Quite literally the only limit to a show like Dr Who is your imagination. Imagine having one so bad you can't imagine a woman in the lead.

Despite the high-profile announcement, viewers will have to wait until the end of the year before seeing Whittaker on screen.

Capaldi, who has held the role since 2013, will leave the show during the Christmas special by "regenerating" into the new doctor.

Whittaker will work alongside 'Broadchurch' creator Chris Chibnall, who takes over as executive producer.

"I always knew I wanted the 13th Doctor to be a woman, and we're thrilled to have secured our number one choice. Her audition for 'The Doctor' simply blew us all away," he said.

Chibnall remarked that there had been "a lot of secret-keeping" in the run-up to the announcement, while Whittaker said she had told "a lot of lies" to keep the news under wraps.

The show is aired around the world, and marked its 50th anniversary four years ago with a special episode screened simultaneously in nearly 100 countries.

Fans took to Twitter to air their views on the choice of the new doctor, with some accusing the producers of ruining the show.

Others were thrilled, with one post retweeted thousands of times showing a girl watching the trailer before exclaiming excitedly: "The new doctor is a girl!" 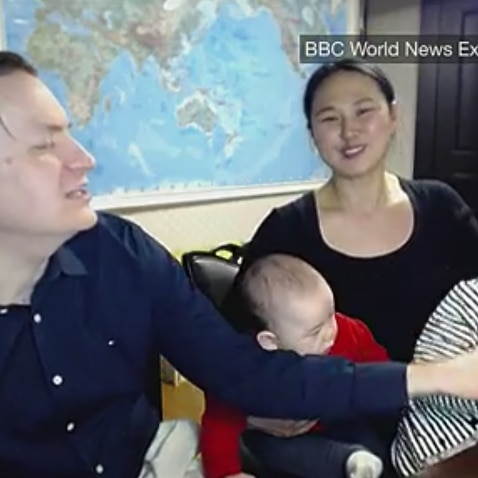