As Joe Biden prepares to enter the White House, experts say Australia's refusal to commit to a net zero emissions target by 2050 is making the nation increasingly isolated.

Experts have warned Australia is now more isolated than ever on climate change, with its Asia-Pacific neighbours and key strategic allies all backing a net zero emissions target.

Australia is one of the world’s largest exporters of coal and liquefied natural gas, and one of the biggest emitters of greenhouse gases per capita.

But Prime Minister Scott Morrison has consistently refused to align with neighbouring countries in setting a target to reach net zero greenhouse emissions by 2050, putting the nation at odds with its Asia-Pacific neighbours, the United States, the European Union and the United Kingdom.

It comes as a new global report has found Australia to be one of two countries in the G20 without plans to implement a carbon price scheme, and one of four without a national policy to increase reneweable energy.

‘Australia’s game is over now’ “For the last four years, Australia has really been able to hide in the shadow of the Trump administration’s inaction on climate change,” Dr Downie told SBS News.

“Mr Morrison has been able to cozy up to President Trump and sit at the White House and essentially not have to agree to anything on climate change."

He said "that game is over now".

"Instead of fireside chats, with no expectations, anytime Australia now meets with US officials on the international stage, it’s going to come with new expectations that we’re significantly increasing our ambition." 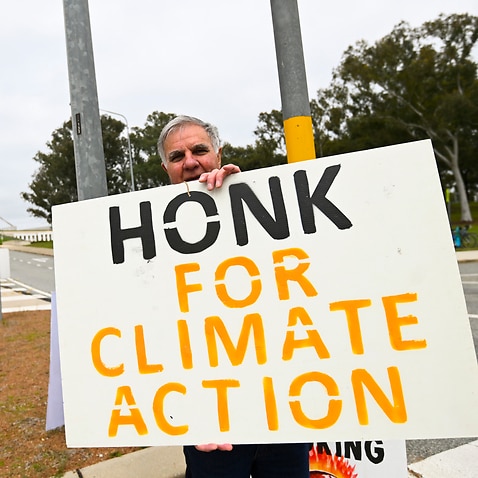 One of Mr Biden’s key policies is to establish a goal of net zero emissions by 2050, bringing the US in line with dozens of countries around the world.

There has been speculation the incoming Biden administration might see the Australian government change tack on climate change action. So far, it has not offered a change of course on its climate policies.

Speaking to energy company executives in Tokyo on Tuesday, ahead of meeting with his Japanese counterpart Yoshihide Suga, Mr Morrison reiterated that he would not commit to a 2050 target date. 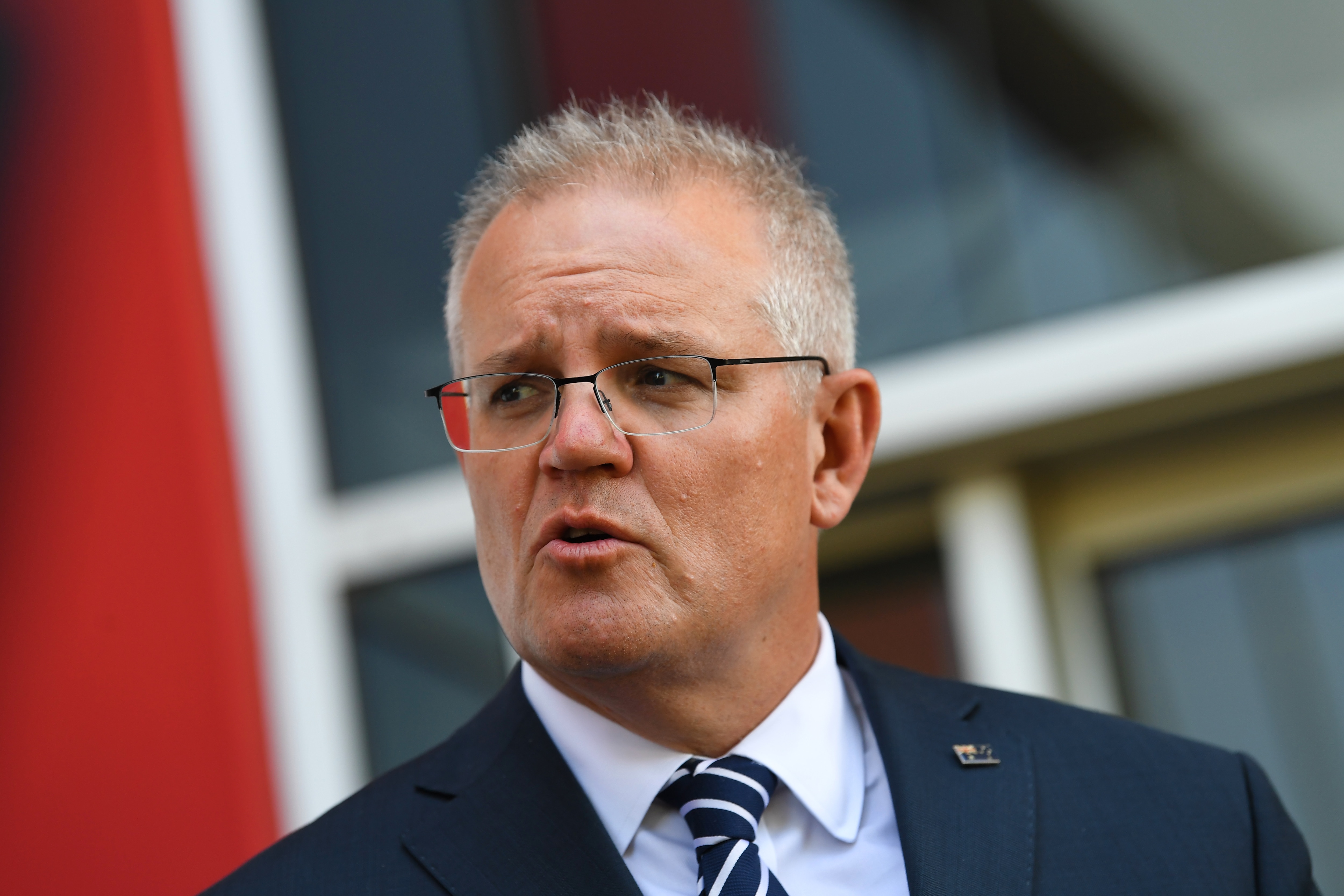 On the world stage, Scott Morrison is increasingly isolated on his climate change stance.
AAP

Mr Suga has previously spelled out Japan’s commitment to delivering net zero emissions by 2050 and being a regional leader in clean energy.

“It’s certainly puzzling,” Dr Downie said of the Australian government’s resistance to setting a target. "I think it reflects the government’s position over a number of years now to refuse to take this seriously.

"We’ve consistently seen the government fail to enact a national climate energy policy and fail to back it up with international commitments, including net zero emissions.”

Dr Downie said inaction on climate change will only further isolate Australia on the world stage, as other countries pledge to meet their emissions targets.

“There’s a real risk that Australia will be seen as a rogue nation - a nation that is not going to pull our international weight, that isn’t going to be a good international citizen."

He said Australia runs the risk of being sidelined for important diplomatic issues where we “no longer get invited to have a seat at the table”.

How does Australia compare to other G20 countries?

Climate politics from the world's top 19 economies and the European Union have been contrasted and compared ahead of a G20 virtual summit on Friday.

The Climate Transparency report, put together by 14 organisations across the G20 countries, pinpointed Australia and India as the only two without a carbon pricing scheme.

It found Australia's spending on fossil fuel subsidies per unit of GDP was above the G20 average, along with Mexico, South Africa, Argentina, Italy, France and Russia.

Most G20 members have policies to increase renewable generation, with Australia again an outlier along with Canada, Mexico and the US.

The report agreed with previous assessments that Australia was not on track to help limit global heating to 1.5C. That would require it to cut emissions to about 50 per cent below 2005 levels by 2030. What have other countries committed to?

Australia’s allies and Asia-Pacific neighbours have all committed to action on climate change over the next three decades.

Under Mr Biden’s leadership, the US - Australia’s most important strategic ally - will also make climate change action a key priority.

Along with established a goal of net zero emissions by 2050, Mr Biden has pledged to rejoin the Paris agreement and has laid out a US$2 trillion clean energy and infrastructure plan.

Japan and South Korea have also committed to net zero emissions by 2050, while China - one of the largest importers of Australian coal - has pledged to become carbon neutral by 2060.

New Zealand have all committed to targets of net zero emissions by 2050, having passed the Zero Carbon bill last year with the support of almost its entire parliament. The UK, which has also committed to net zero emissions by 2050, put itself as a frontrunner for phasing out fossil fuel vehicles, with cars and vans only powered by petrol and diesel banned from sale from 2030.

Bill Hare from Climate Analytics, one of 14 organisations involved in the climate report, said Australia ranks fourth-highest in the G20 for economic losses from climate impacts.

"The Australian government has few polices to address these issues, and its international reputation is at stake," he said.

Dr Downie agreed it’s not just Australia’s reputation in jeopardy, but our economy.

He used the example of the United States, where part of Mr Biden’s trade agenda includes a policy for carbon tariffs on imports that produce considerable carbon pollution. While the US does not have a national price, there are several state-schemes.

The US is Australia’s third-largest trading partner after China and Japan.

“Should the US think about imposing carbon tariffs on our imports, we’re going to face it at every international forum - whether it’s the G20 or APAC," he said.

“The US has said it’s going to put climate change front and centre of every major international negotiation. So Australia will have to radically rethink its position on the issue with the United States.” At the same time, China, Japan and South Korea - all countries that have announced net zero targets over the coming decades - represent 50 per cent of Australia’s gas export earnings and 43 per cent of our thermal coal export earnings.

“These have all basically said they’re going to walk out of the coal gas shop over the coming decades,” Dr Downie said.

“So, if Australia doesn’t prepare for the energy transition, there’s going to be significant economic consequences for Australia, and also for people working in these industries.”

Every Australian state and territory has a formal target to reach net zero by 2050, but several governments are yet to outline how these targets will be met.

Asked whether Mr Morrison might shift on the issue federally, Dr Downie said one “would expect over time” that Australia commits to a zero-emissions target due to international pressure.

“But the question will then be, ‘What is he going to put in place domestically to actually achieve a net zero emissions target?’ The first thing we need to do is commit to it, and the second is to put in place a credible plan to achieve that by 2050.

"That’s going to be the much more difficult thing.”