Barbados' decision to cut ties with the British monarchy has "connotations for the rest of the parliamentary monarchies” including Australia, an academic says. 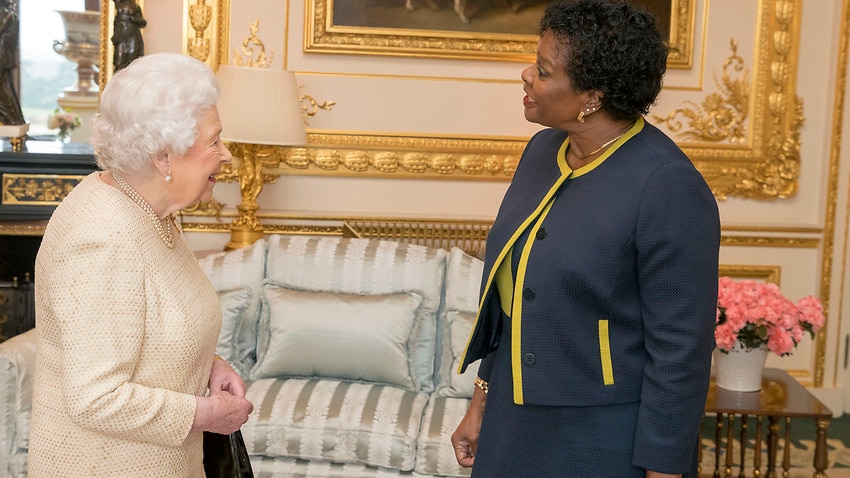 Barbados this week became the world’s newest republic, with the Caribbean nation officially replacing Queen Elizabeth II as its head of state amid an ongoing reckoning with its colonial past.

Around the world, citizens of nations including Australia that remain tied to the British Empire as parliamentary monarchies, have watched Barbados’ transition to independence with interest.

The Caribbean nation is a “good example” for Australia, as it shows a transition to a republic can be achieved while maintaining “amicable” relationships with both the British monarchy and the United Kingdom, Mr Biar told SBS News.

“We see [Australia becoming a republic] in much the same way, we would welcome the change as soon as possible, and we would love to be able to do it even while Queen Elizabeth is still on the throne so we could thank her for her service while we step up as a fully independent nation,” he said.

Australia held a referendum on whether to become a republic in 1999, with 45.13 per cent of people voting ‘yes’ to severing ties with the British monarchy and 54.87 per cent voting ‘no’.

Mr Biar said the movement for an Australian republic has “seen a resurgence of support” in recent years.

“[Australians are] seeing the reign of Queen Elizabeth drawing to an end they're looking at the future, and looking at [a future] King Charles, and thinking we can do better as a nation,” he said.

Australians for Constitutional Monarchy's national convener David Flint said the republic movement "should not seek any solace in what happened in Barbados”.

“Rather they should fulfil the promise to reveal this year their model for  an Australian republic. They have been sitting on that for 22 years,” he said.

Karo Moret-Miranda, an associate lecturer in African and African descendants history at the Australian National University, told SBS News that as a Cuban she was "very happy that a Caribbean island like Barbados has been able to get their republic”.

Barbados’ move is “amazing, not only for the Caribbean, but especially for the meaning that it has for the Black communities and for the Black population of Barbados", Dr Moret-Miranda said.

The island nation with a population of nearly 300,000 continues to grapple with the legacy of British colonisation, including a brutal history of slavery that lasted 200 years.

The nation's embrace of independence has “connotations for the rest of the parliamentary monarchies” around the world, Dr Moret-Miranda said, including Australia, and marks a “new phase” for the British Empire.

However, Barbados’ fight for independence also has key differences with the republican movement in Australia due to the central role played by the nation’s Black population, many of whom are direct descendants of enslaved people, Dr Moret-Miranda said.

“What is happening [in Australia], I'm not saying that it is not is not equally important, but certainly is a little bit different. Because when we look at Barbados, we still can see that there is a kind of very close relationship between the colonial moments, the fight for the freedom, and when we change the path, we instantly connect with the slavery,” she said.

“That reclamation of the memory and the heritage, that is something that I think that should be more present in the case of Australia.”

Dr Moret-Miranda said that it was "important" that Prince Charles attended Tuesday’s ceremony so that "some of the British crown was present" to mark the symbolic moment.

It is also highly significant that Barbados has become the first Caribbean nation to have a Black woman president of a Caribbean nation, she said, with former Governor General Sandra Mason replacing Queen Elizabeth II as Barbados' head of state.

What happens next in the Caribbean region following Barbados’ monumental shift will be “very important for historians to study”.

While other Caribbean countries such as Jamaica have remained tied to the British monarchy, “in the case of Barbados, this is going to be new, they decided to become a republic with all the consequences”, Dr Moret-Miranda said.

"They wanted to embrace this complete independence. But I would still like to know how they are going to solve [key issues], especially the economic issues.”