Australia is preparing to export meat-free products to China and other Asian countries, with estimates the plant-based food industry could be worth around $6 billion by 2030.

Nearly 2.5 million Australians have all, or almost all, vegetarian diets, according to Roy Morgan figures from February.

And while not everyone agrees on the health benefits of plant-based meat, one Australian business has big plans to mass-produce it for local and export markets including China.

Nick Hazell is a former British Aerospace engineer who migrated to Australia 15 years ago. He later turned his attention to global food production and founded v2food in 2018.

He has developed a meat alternative with the Commonwealth Scientific and Industrial Research Organisation (CSIRO) at its lab in Sydney's North Ryde. 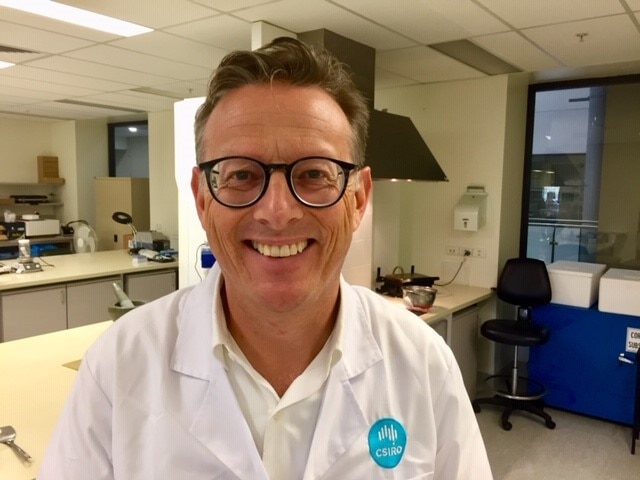 “It is impossible to feed the world the way [people] want to eat, with the [limited] amount of meat that we can grow,” he told SBS News.

“It takes 10 times as much grain or legumes to feed a cow, which you then convert into protein.

“So, plant-based meat is going to happen and it's going to be a big industry.”

Mr Hazell is overseeing the construction of a large factory in Wodonga to service a growing appetite for plant-based meat.

The emerging sector is worth around $180 million in Australian manufacturing and retail sales annually and employs 265 workers. But Mr Hazell has his eye on a bigger prize, with forecasts the industry could be worth more than $6 billion in Australia by 2030.

“There is a big export market potential,” Mr Hazell said.

“We're looking at China, Thailand, Korea, and other Asian countries where meat consumption is growing.”

The meat-substitute at v2food is made from dried soybeans. Flavours and fats are then added to replicate the taste and texture of meat.

“We use the technology and the science from the CSIRO, who really understand what meat flavour is about, to make sure that our product tastes the same as meat, and you can cook it the same as meat,” Mr Hazell said.

"Australia exports 75 per cent of its beef around the world and has a real reputation for quality. We want to be part of that story.”

Scientists have worked to make a plant-based patty that looks and tastes like meat.
SBS

Dr Damian Frank a senior research scientist at the CSIRO who has been working on the project said: “There are amino acids and peptides that occur in meat. And when you put those things on a grill or in an oven, a whole lot of magical reactions happen, which create meaty flavours".

“So that's the trick, trying to use non-meat or non-animal sources to create meat flavour.” 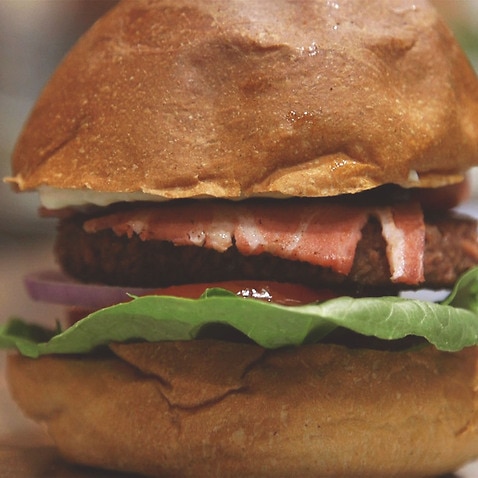 How good are vegan foods for the environment?

But a leading nutritionist has warned that some plant-based meats may have hidden health risks.

“Often these ‘fake meats’ go through a very heavy manufacturing process, which means they have a plethora of ingredients, sometimes more than 50 ingredients,” said Dr Nick Fuller, an obesity expert from Sydney University.

“That means they're no better for our health. They may have added fat and definitely added salt.

“What we need to be doing is cutting down on meat consumption, and instead, eating more fresh vegetables," he said.

“And if people go for the plant-based or 'fake meat' burgers, have those once a week maximum as a treat option.” 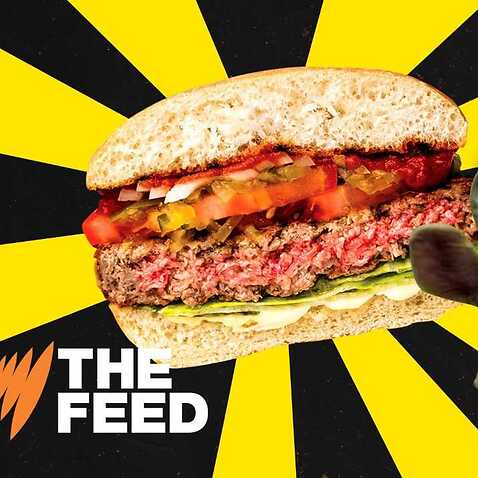 Meatless McDonalds? The push and problems with plant-based fast food

The federal government recommends adults eat seven serves of lean red meat as protein each week, and defines a serve as 65 grams cooked, or about 90-100 grams raw, of beef, lamb, veal, pork, goat or kangaroo.

Its website warns that many adults eat more than the recommended serving sizes of meat, poultry or fish, and advises that legumes, nuts and seeds can also provide protein for a healthy diet.

More than two million patties have now been supplied by v2food to burger chains in Australia and New Zealand, including Soul Burger in Sydney, which sells 4,000 plant-based burgers each week.

Its founder Amit Tewari traded a career in medicine to start his own fast food business and previously sourced his plant-based meat alternative from the United States.

He says the local version is well accepted.

“Since we moved over to v2food, the response from customers has been really, really good,” he said.

“It's basically made our regular burger patty as good as anything nationally now.” 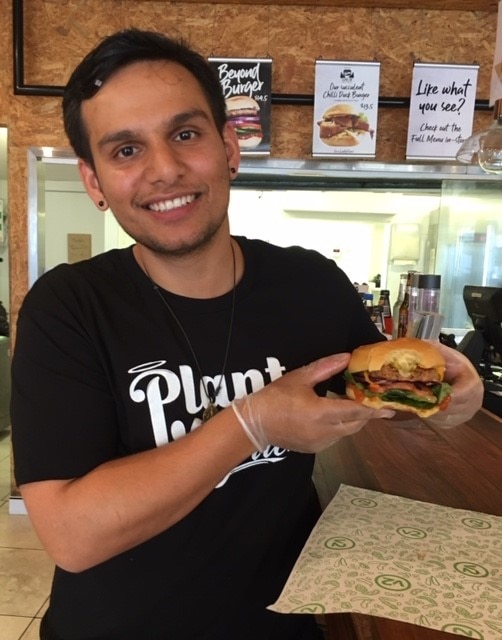 Flavour aside, the CSIRO says plant-based meats are the best way to sustainably feed a growing global population.

"Red meat consumption at the rate that Australians eat it, if the whole world adopts that type of eating style, I don't think the planet's got much hope. So things do need to change," said Dr Frank.

"Until now, though, a lot of plant-based products have really failed to deliver on the flavour."

“When you grow legumes yourselves, you can monitor the soil carbon, you can actually start thinking about being carbon negative in your operations. And that's our goal ultimately,” he said.