Dozens of multicultural newspapers operate around the country, keeping Australia's migrant communities informed and entertained. SBS News looks at how these mastheads have fared over recent years and through the COVID-19 pandemic.

The country's multicultural newspapers are by no means immune to shocks in the industry but loyal readerships and niche advertising have kept them afloat.

Multicultural newspapers in Australia date back more than 150 years and boomed in the post-WWII years as the country welcomed waves of migrants. 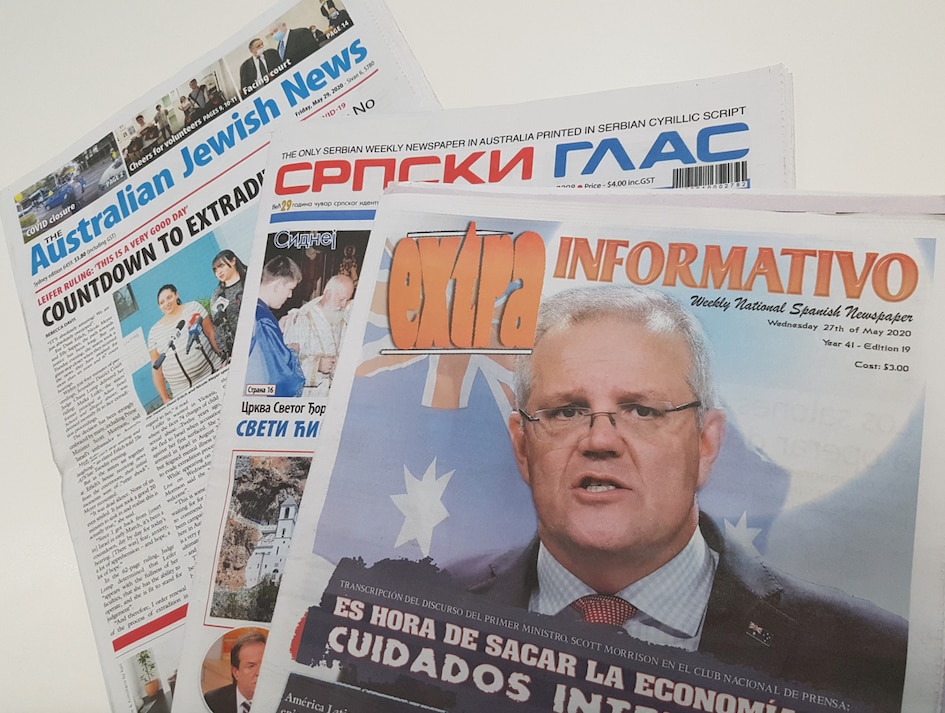 While many have come and gone, dozens are still operating, including the 125-year-old Australian Jewish News (AJN).

"It's an advertising-driven model and we have a subscription base. That combination does help, but really, the paper's survival is a testament to the loyalty of the community more than anything else.

"The readership is very committed to having a newspaper that is able to explore the world through their eyes and be able to give them an insight into what's happening from their perspective.

"It always comes back to stories ... What holds any community together is the stories they share, the things that they talk about."

This year’s Festival of Jewish Arts and Music (FOJAM) has been postponed due to the impact of COVID-19, but the festival organisers are excited about moving some events online. https://t.co/Fh3PZYRyh0 pic.twitter.com/iwuB2XeOsb

Publishing stories such as "My Ramadan in lockdown" and "Hospitality unconstrained through virtual iftars", the Australasian Muslim Times (AMUST) has also weathered the recent storm of media disruption.

Editor-in-chief Zia Ahmad told SBS News the newspaper has "really flourished" since it relaunched in 2014 and that interest had increased during the pandemic.

"It has been well-received by the community," Mr Ahmad told SBS News.

"We are not just regurgitating the TV and other newspapers. For example, there's a murder. You'll find that on every channel, everywhere. That same story."

A call to the inner conscience to be filled with love and joy.https://t.co/nxNt7UeBjF

Mr Ahmad said AMUST also differentiates itself from mainstream media in other ways.

"The mainstream newspapers are talking about wars and rapes and muggings and negative news, with the understanding that negative news sells," he said.

"We market our newspaper as a positive story newspaper ... [With stories on] interfaith dialogue, people being brought together - you don't see that in most newspapers." 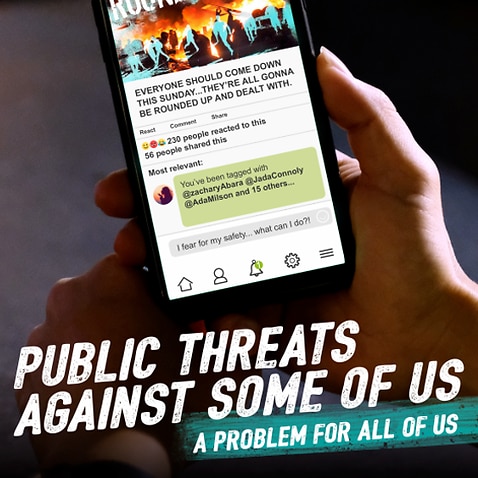 "You can't just rely on print," he said.

A key reason behind the resilience of these newspapers has been a stable advertising base that wants to target Australia's migrant communities.

Dario Nelli, the editor of Sydney's La Fiamma and its Melbourne counterpart Il Globo, said there had been consistent support from advertisers through the years.

"They want to market to the Italian community," Mr Nelli said. An insert from the 28 May issue of Italian language newspaper La Fiamma.
Nick Baker

"Small firms, even big firms, clubs, associations - they can see the role of the newspaper and they support us.

"When councils want to communicate something to the Italian community they go through us ... And politicians know they can reach the whole community through us." As a result, Mr Nelli said he was optimistic about the future of his newspapers.

"The day is far away when there won't be a need for La Fiamma and Il Globo. I'm optimistic we can keep going for quite a while."

However, all the outlets SBS News spoke to were keenly aware of the challenges around the news landscape, especially during the pandemic.

The Chinese language press has been particularly hard-hit this year. The Sing Tao Daily - the country's largest and longest-running Chinese language newspaper - closed, while other publications stopped their print editions.

Christopher Gogos, the publisher of the 63-year-old Greek newspaper, Neos Kosmos, is worried about the sustainability of the newspapers in the digital age.

"We've had similar problems to what all other publishers have had. We're not immune to it. Having a more niche audience and community does help ... [But] there is still so much uncertainty," he said.

Neos Kosmos, the Greek Community of Melbourne and the Greek state broadcaster in Australia (ERT) are pushing for travel to Greece to be a priority when international travel resumes. https://t.co/jzV1Nwdt3W

Mr Gogos said readership is booming, but this is largely thanks to the digital version of the newspaper.

"It's encouraging that there are a lot of people reading us in the digital space, but like every other publisher in the world, it's about monetising that ... How do we get decent enough revenue to have paid journalists and to make it sustainable."

"We don't just exist for commercial reasons ... What we provide, there's a community need for it," he said. 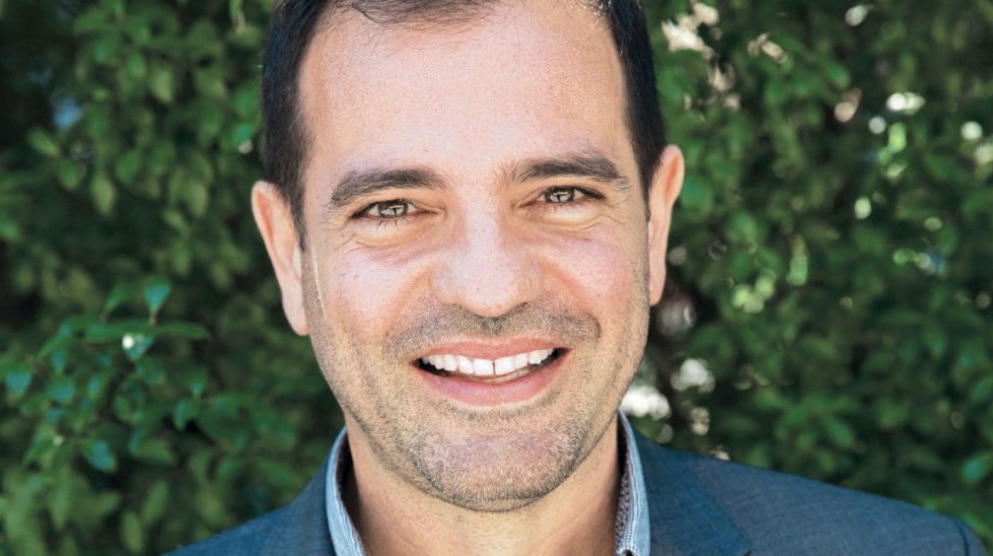 He said Australia would be far worse off if multicultural newspapers closed.

"The problem I see, if there is no viability for multicultural media to exist, you're going to have a vacuum and it's going to be filled up with discussions on Facebook and other social media and the quality of our information will deteriorate," he said.

"It will be really sad if that happens." It is a point echoed by Tim Soutphommasane, Australia's former race discrimination commissioner who is now the director of culture strategy at the University of Sydney.

"[These newspapers] are often invisible to Australians who don't read them. But the reality is in multicultural Australian society, members of our community get their news from multiple sources, not only from English language sources," Mr Soutphommasane said.

He said for new arrivals to Australia, these mastheads can "form an important bridge between one's home county and one's new country".

"Mainstream Australian English language media just does not resemble what our multicultural society looks like in any meaningful form ... We will lose diversity if we see these media outlets folding," he said.

"The diversity not only of voices and faces, but also of the diversity of stories is going to suffer."

WHO sets up panel to review handling of COVID-19 pandemic