As the situation deteriorates in Afghanistan, here's what you can do to help

The United Nations is urging Western donors to keep funding humanitarian work in Afghanistan where 18.5 million people, nearly half the population, depend on life-saving assistance. 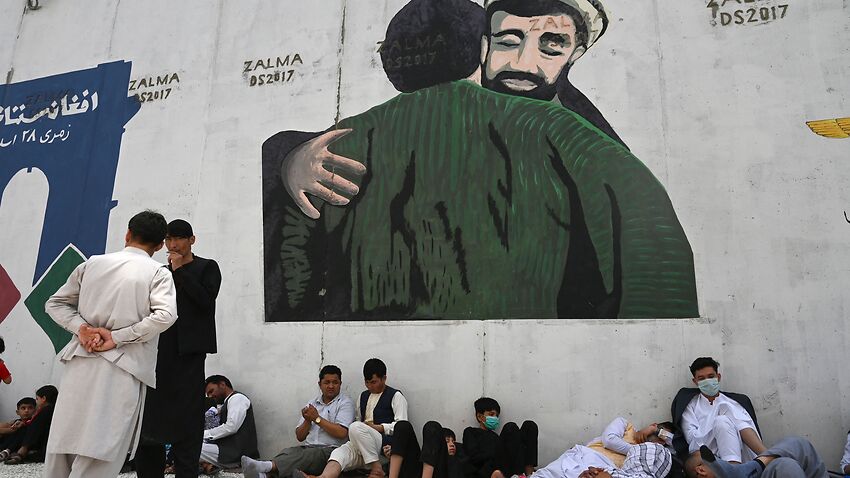 As the situation deteriorates in Afghanistan, here's what you can do to help. Source: AFP

Humanitarian groups in Afghanistan say they are determined to continue to remain in the country to support civilians - even as the work is interrupted in the aftermath of the Taliban's takeover of the country.

The United Nations said it had been given assurances from the Taliban that humanitarian work can continue.

It comes as more civilians attempt to flee the country concerned for what life would look like under the Taliban's rule.

UN humanitarian coordinator for Afghanistan, Ramiz Alakbarov, said the impact of COVID-19, the drought and the Taliban's violence has only exacerbated the need for aid on the ground.

Already about 600,000 Afghans have fled their homes this year, seeking to escape poverty and fighting in the country.

At least 244,000 Afghans have been displaced since May. The UN has said 80 per cent of those forcibly displaced are women and children.

Half of all Afghan children under the age of five are experiencing acute malnutrition, after the country's second drought in four years.

The UN World Food Programme said US$200 million is needed to ensure there are enough food supplies to last until the end of the year.

UN Secretary-General Antonio Guterres said the protection of Afghans and allowing aid groups to do their work unimpeded remains the priority.

"All of us have seen the images in real-time. Chaos, unrest, uncertainty and fear," he told world leaders at a meeting of the UN Security Council.

"Much lies in the balance. The progress, the hope, the dreams of a generation of young Afghan women, girls, boys and men."

Here's a list of humanitarian groups and how you can learn more about their work.

Earlier this month, 16 Australian charities joined to form the Emergency Action Alliance to assist in the rapid distribution of funds raised from the Australian public to aid workers on the ground.

“Around the globe, the number of large scale disasters are increasing. The complexity of these emergencies are also accelerating.

"Our member organisations already work in close collaboration during a disaster response – but there has been a common agreement that a more formal alliance was needed to make it easier for donors to give."

UNHCR teams have assessed the needs of almost 400,000 internally displaced civilians this year.

Funds raised will be used to provide food, shelter, hygiene and sanitary kits and other life-saving assistance.

UNHCR spokesperson Shabia Mantoo said there are concerns that the country "is on course to witness the highest ever number of documented civilian casualties in a single year since the UN’s records began".

The aid organisation is raising funds for hygiene kits, distribution of water, food, vaccinations for infants and children and refugees.

Teams on the ground, which have been working in Afghanistan for 65 years, said they are particularly concerned for nearly 10 million children who need humanitarian assistance, with 3.7 million children now unable to attend school.

The agency says since the start of the year, more than 552 children have been killed and over 1,400 have been injured.

The charity has launched an appeal to help 8.2 million children impacted by the crisis.

“Children are at greater risk of violence, abuse and exploitation. Families who are already struggling to survive destitution related to this conflict, a devastating drought and the effects of COVID-19, are now resorting to desperate measures to protect their children, including against child marriage,” she said.

It said more than 30 per cent of Afghanistan's population face food insecurity (12.2 million) and nearly half the population (18.4 million) have needed humanitarian aid this year.

“History has shown that the resilience and fortitude of the Afghan people is extraordinary. But it has its limits. They are now at their most vulnerable and we cannot abandon them now," Ms Charles said.

Mahboba's Promise, a not-for-profit based in Afghanistan and Australia, has launched an appeal to help 900 families near their orphanage in Kabul.

Born in Kabul, founder Mahboba Rawi lived in a Pakistan refugee camp until she married and moved to Australia.

Speaking to SBS News on Saturday, 24 hours before Kabul was seized by the Taliban she called for support to help families needing help in Kabul.

"My orphanage in Kabul is working day and night working with these people, taking bread for them. We're organising babies milk. There are hundreds of thousands of these people, families that are everywhere in Kabul."

CARE, which has worked in Afghanistan intermittently since 1961, is raising funds to provide refugees with food, water, sanitation and shelter.

Funding is also being used to provide hygiene kits to prevent COVID-19 transmission and meet other health needs.

Save the Children Australia

The charity has been working in Afghanistan since 1976, providing aid to 1.6 million Afghans in 2020.

Funding has been used on necessary items like clothes for children, blankets, and kitchen items. Families have been supported with cash transfers for food purchases, cash-for-work projects, vocational training and other income-generating activities to help provide children with necessities.

ActionAid, which has worked in Afghanistan since 2002, said it is working on distributing essential items such as blankets and hygiene kits.

ActionAid is operational in seven provinces and 44 districts.

Tearfund is a Christian charity that has been providing aid to Afghanistan for the past four decades. Aid programs in Afghanistan have been paused due to the instability of the Taliban's takeover.

The work of the team in-country is aimed at meeting the needs of displaced Afghans, including responding to food insecurity and COVID-19.