Despite a raging global pandemic, some of the world's leading powers are retreating from the UN and what it stands for. On its 75th anniversary, SBS News looks at its place in an increasingly chaotic world.

Seventy-five years since the signing of the United Nations' founding document, the organisation is facing one of its most challenging periods.

More and more countries are reacting to global problems by drifting towards nationalism and turning their backs on the UN.

So, 75 years after it was established, is the UN in crisis?

What is the UN?

The United Nations was born when delegates from 50 nations, including Australia, came together to sign the UN Charter on 26 June, 1945.

"It was founded following World War II, with the intention that countries would work together on the key pillars of the UN; human rights, peace and security, and development," said Lachlan Hunter, the national executive director of the United Nations Association of Australia. 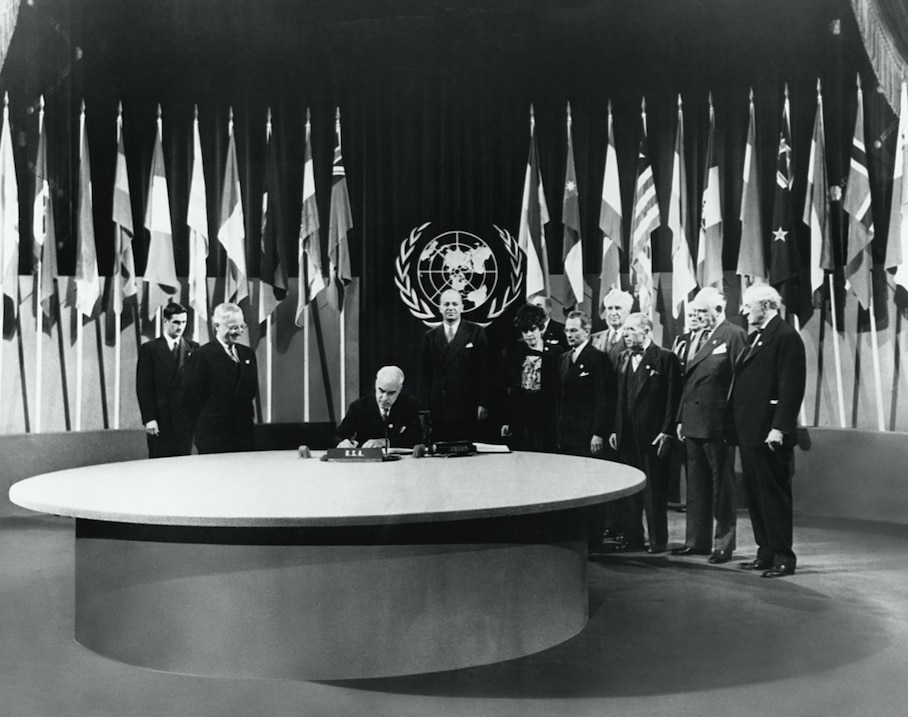 The signing of the United Nations Charter in 1945.
Getty

Today, the UN has 193 member countries and a web of additional bodies including the World Health Organization, UNICEF, the World Food Programme and the World Bank, to name just a few.

"There's a lot of issues that require a global response and that's the key role of the UN – to bring governments and other organisations together ... and come to bigger-picture solutions," Mr Hunter said.

But at the moment, it's not doing a lot of solving.

'The future does not belong to globalists'

In recent years, a number of powerful countries have moved towards nationalism and open disdain of the UN.

US President Donald Trump has cut funding to the UN and threatened to withdraw from the World Health Organization completely.

"The future does not belong to globalists, the future belongs to patriots ... Wise leaders always put the good of their own people and their own country first," he told the UN General Assembly last year. "Without that US leadership and promotion of the virtues of the multilateral system, other states haven't necessarily been able to step forward and fill that vacuum," he said.

This is despite a growing list of problems that require a global solution, including climate change, a refugee crisis and most urgently, the COVID-19 pandemic.

Professor Rothwell said the international response to the pandemic shows how marginalised the UN has become.

"We've had an interesting moment where there's been an issue of truly global concern and yet the role of the UN and its principal institutions, such as the Security Council and even the Secretary-General, have not been at the forefront of that debate," he said. 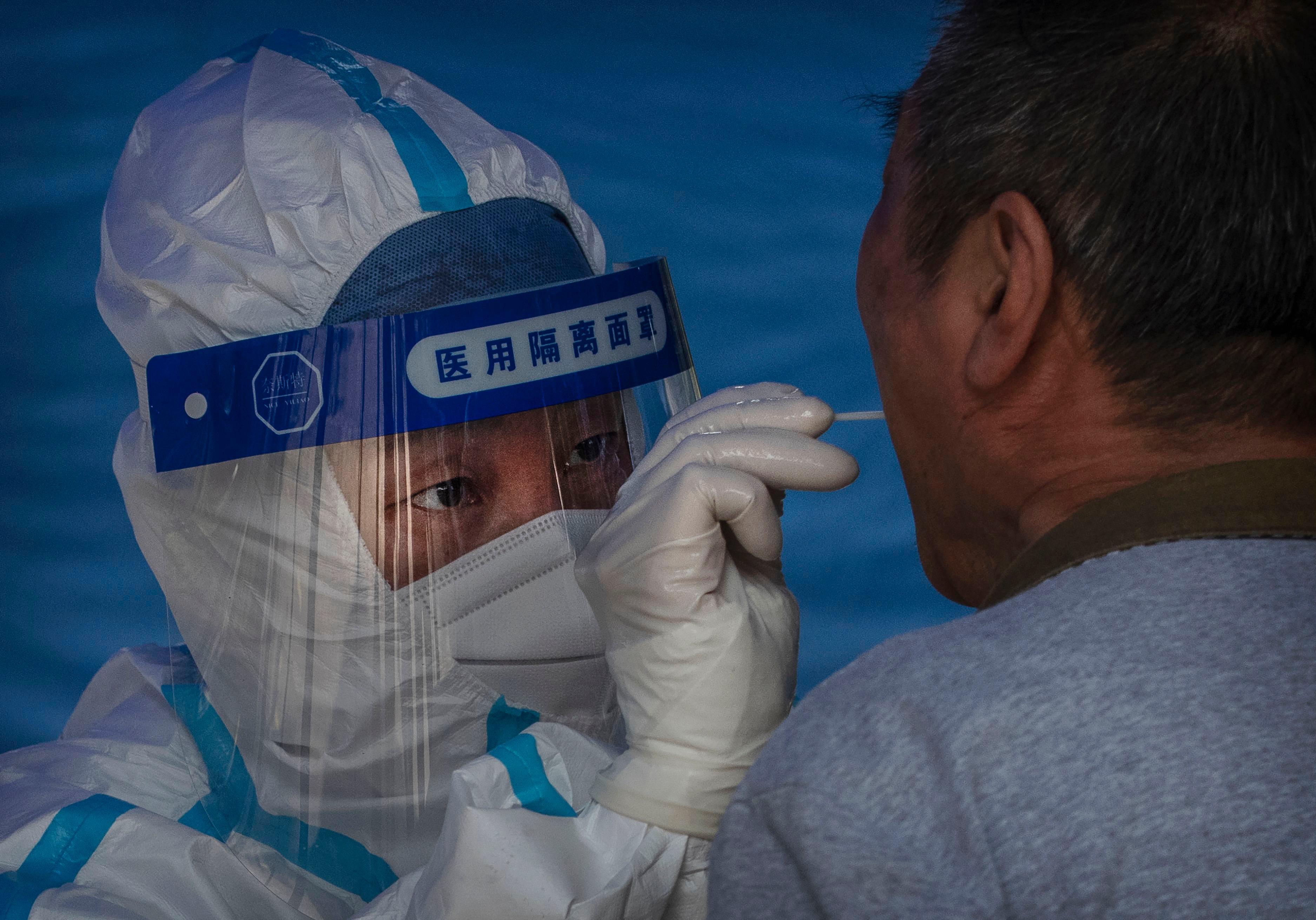 A COVID-19 test in Beijing.
Getty

"[They have been] very much sidelined because of the way the pandemic has principally been dealt with at a national level."

"And the UN agency that has been involved, that has certainly had a strong voice [the World Health Organization] has come under sustained critique by some UN members."

The role of Australia

Last year, Prime Minister Scott Morrison hit out at organisations like the UN, warning of the "unaccountable internationalist bureaucracy".

"We should avoid any reflex towards a negative globalism that coercively seeks to impose a mandate from an often ill-defined borderless global community," he said.

But as the world is pummeled by COVID-19, the government has changed its tune.

"COVID-19 is a shared crisis – a reminder that many problems are best solved or, indeed, can only be solved through cooperation," Foreign Minister Marise Payne said in a speech this month.

"Australia's interests are not served by stepping away and leaving others to shape the global order for us," she said.

It's a sentiment Professor Rothwell welcomed. "There's an opportunity here ... If Australia was to step up and play a greater role in the UN, that may encourage other equivalent powers to also try to fill the vacuum created by the US under the Trump administration," he said.

Mr Hunter of the United Nations Association of Australia echoed that view.

"[The rise of nationalism] is concerning but at the same time it's a chance to start conversations on what the UN does and its role, and how middle power countries such as Australia can step up and lead in the absence of leadership from other countries," he said. Former Prime Minister Kevin Rudd told SBS News the UN is as relevant as ever and Australia should work to improve it.

"The UN calls us to defend the intrinsic dignity of all human beings through the prevention of war, the construction of sustainable peace, the delivery of fundamental social and economic justice to all, the preservation of the planet we all share, and, when natural or human catastrophe strikes, acting in solidarity to save our fellow humans in need," Mr Rudd said.

"These are good values that give rise to a common mission, a progressive mission that is unapologetically directed to the betterment of humankind."

"However flawed the institution of the UN might happen to be at any particular time, it is an institution worth defending." UN sets up inquiry into racism after George Floyd death

Mr Rudd attempted to run for UN Secretary-General in 2016 but then-Prime Minister Malcolm Turnbull refused to nominate him.

Asked about how Australia should respond to the global retreat from multilateralism, Mr Rudd was blunt.

"Australia should stop defunding UN institutions as has been done systematically by successive governments since 2013. That would be a helpful start."

Figures from the Lowy Institute show Australia's aid budget, which funds a number of UN institutions, has been cut by 27 per cent since 2013.

The UN is using its 75th anniversary to encourage "the world's biggest conversation".

"The UN is marking its 75th anniversary at a time of great disruption for the world, compounded by an unprecedented global health crisis with severe economic and social impacts. Will we emerge stronger and better equipped to work together? Or will distrust and isolation grow further?" UN material says.

"2020 must be a year of dialogue, when we come together to discuss our priorities as a human family, and how we can build a better future for all."

The @UN Charter was signed 75 years ago – and its principles ring just as true today.

It is a much needed guide to solving our shared problems.

Let us now realize the vision of peace, human rights, justice and development - of dignity for all. pic.twitter.com/ZMBpbnPr5B

Looking back, Professor Rothwell said the UN's 75-year history is marked by both success and failure.

"The work of the UN in the humanitarian field is really quite exceptional ... Its ability to coordinate humanitarian relief in many parts of the world has been absolutely pivotal in a number of disasters and other emergencies."

He also commended the UN's peacekeeping operations, "a great number of those have been very successful".

"The failings are really failings around security operations and security missions, where the UN has failed to properly act," he said.

"There are multiple examples you can point to ... The Indonesian invasion of East Timor is a good example of the Security Council looking the other way."

Despite its flaws, Mr Hunter of the United Nations Association of Australia said the organisation will continue to play a major role in world affairs.

"The role of the UN in supporting countries to work together is as important as ever," he said.