An ominous warning was issued to protesters on Friday evening, telling them they 'can be in danger of getting shot to the head and back'.

Myanmar security forces killed 114 people, including some children, in a brutal crackdown on pro-democracy protesters on Saturday, the bloodiest day of violence since last month's military coup, news reports and witnesses said.

The killings, which took place on Armed Forces Day, drew strong renewed criticism from Western countries. British Ambassador Dan Chugg said the security forces had "disgraced themselves" and the US envoy called the violence horrifying. 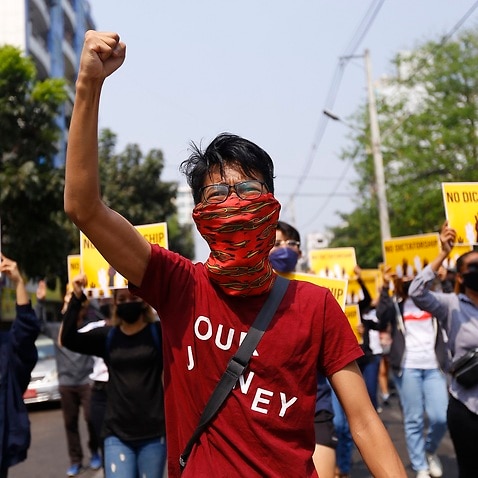 'In danger of getting shot to the head': Myanmar’s military warn against protests on Armed Forces Day

Military jets also launched air strikes on a village in territory controlled by an armed group from the Karen ethnic minority and at least two people were killed, a civil society group said.

Earlier, the Karen National Union said it had overrun an army post near the Thai border, killing 10 people - including a lieutenant colonel - and losing one of its own fighters as tensions with the military surged after years of relative peace.

Senior General Min Aung Hlaing, the junta leader, said during a parade to mark Armed Forces Day that the military would protect the people and strive for democracy. 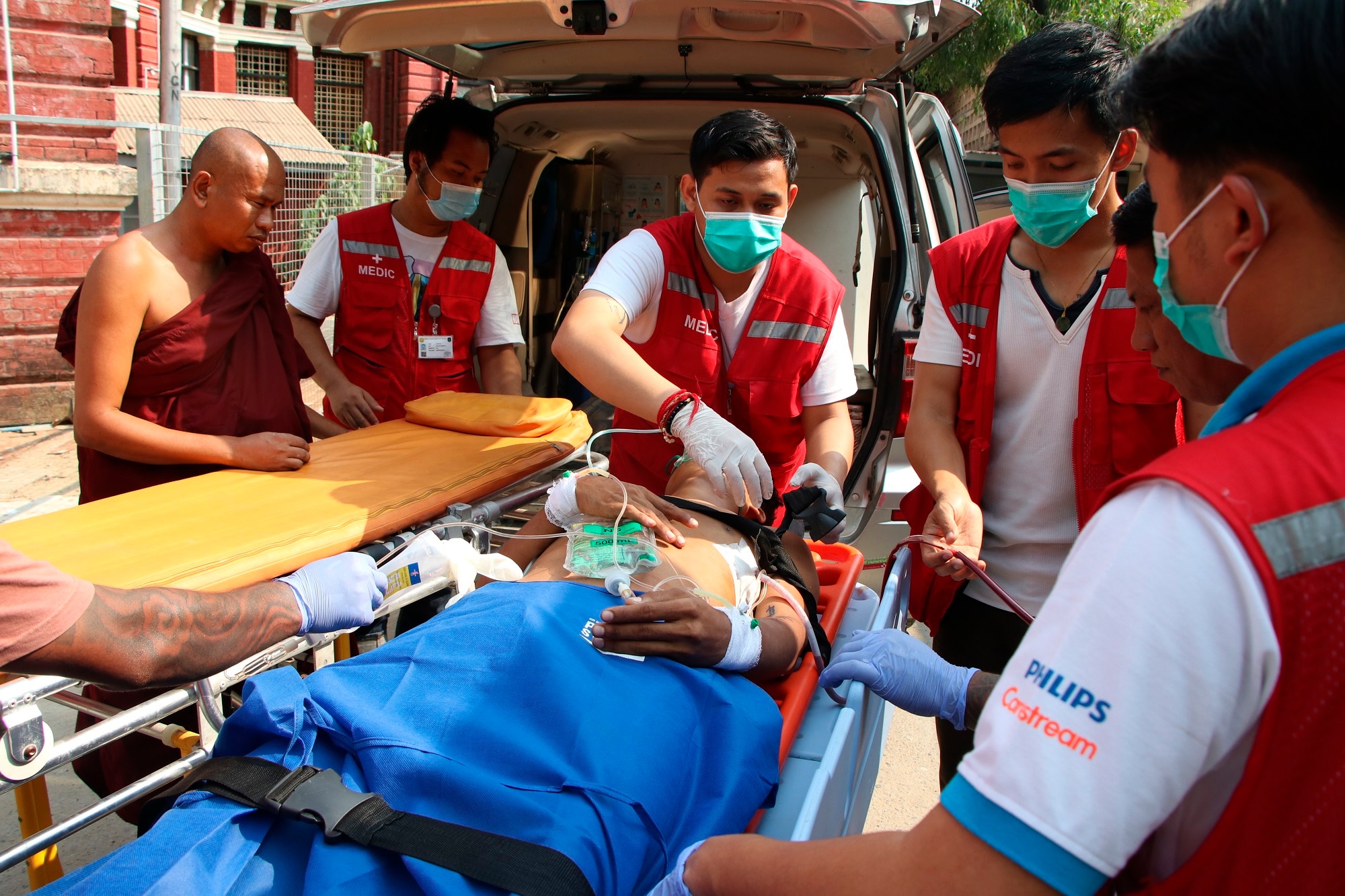 An injured anti-coup protester is brought in for medical treatment at a hospital in Latha township, Yangon, Myanmar.
AAP

Demonstrators turned out on Saturday in Yangon, Mandalay and other towns, as they have done almost daily since the February 1 coup that ousted elected leader Aung San Suu Kyi.

The Myanmar Now news portal said 114 people were killed across the country in crackdowns on the protests.

"Today is a day of shame for the armed forces," Dr Sasa, a spokesman for CRPH, an anti-junta group set up by deposed lawmakers, told an online forum.

A military spokesman did not respond to calls seeking comment on the killings by security forces, the air strikes or the insurgent attack on its post.

"They are killing us like birds or chickens, even in our homes," said Thu Ya Zaw in the central town of Myingyan, where at least two protesters were killed. "We will keep protesting regardless... We must fight until the junta falls."

The deaths on Saturday would take the number of civilians reported killed since the coup to over 440.

'A day of terror and dishonour'

US Ambassador Thomas Vajda said on social media: “This bloodshed is horrifying,” adding “Myanmar’s people have spoken clearly: they do not want to live under military rule”.

"We will work with our international partners to end this senseless violence, hold those responsible to account, and secure a path back to democracy."

The UN human rights high commissioner's office said it had received reports of "scores killed", adding that "this violence is compounding the illegitimacy of the coup and the culpability of its leaders". 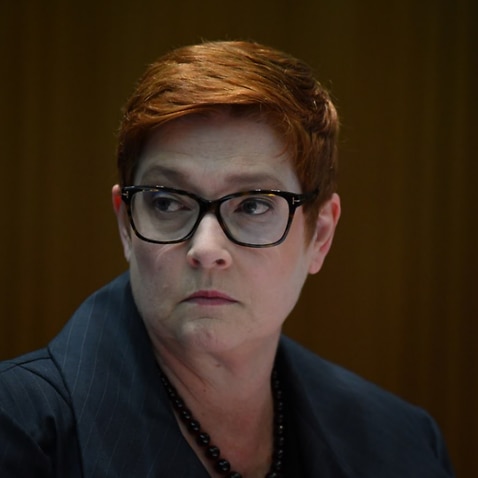 The European Union delegation in Yangon called Saturday "a day of terror and dishonour", while the US embassy said the security forces' actions were akin to "murdering unarmed civilians", adding "these are not the actions of a professional military or police force".

Saturday's bloodshed pushed the current death toll since the coup to nearly 420, according to local monitoring group Assistance Association for Political Prisoners (AAPP).

News reports said there were deaths in Sagaing, Lashio in the east, in the Bago region, near Yangon, and elsewhere. A one-year-old baby was hit in the eye with a rubber bullet. 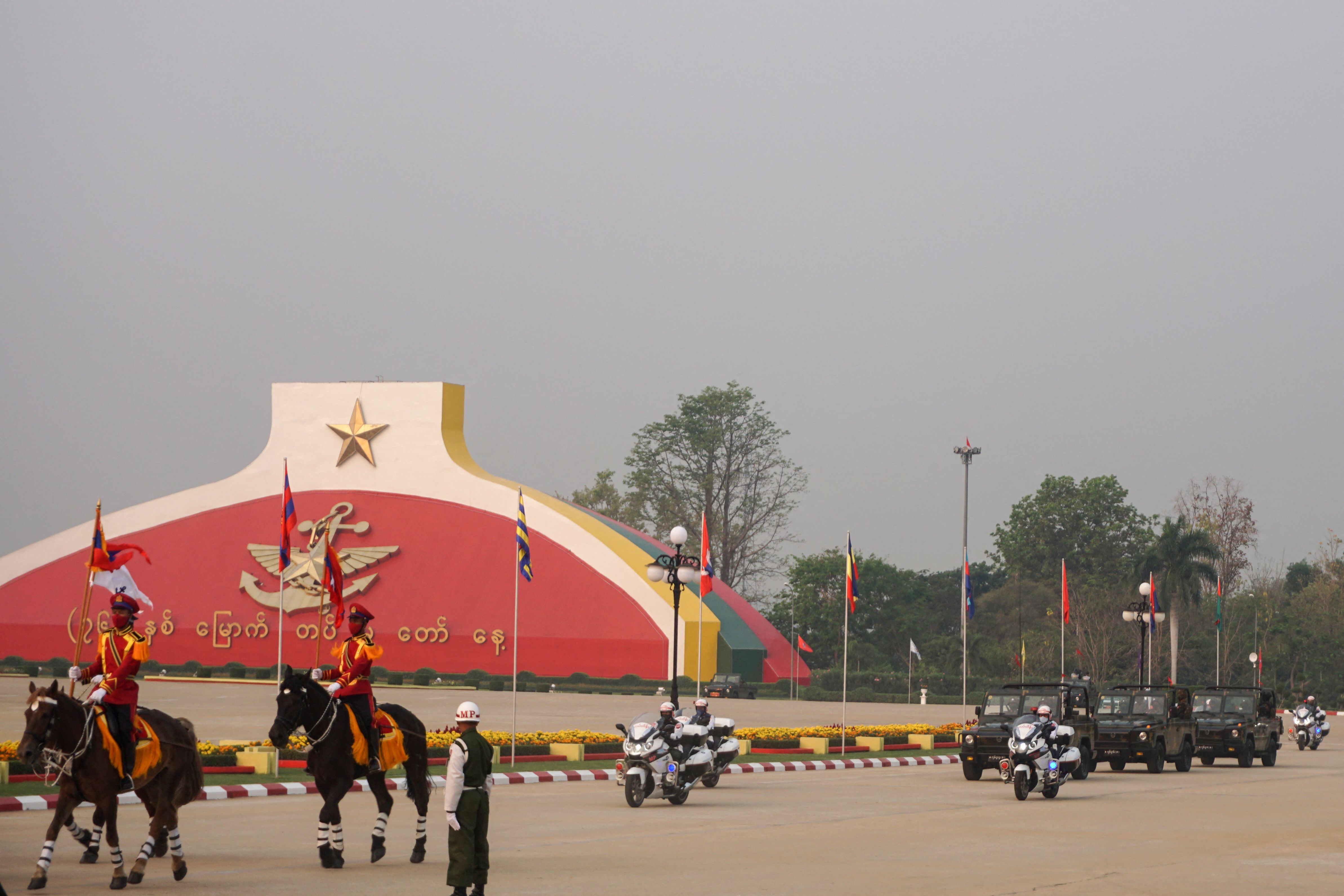 Min Aung Hlaing, speaking at the parade in the capital Naypyitaw, reiterated a promise to hold elections, without giving any time-frame.

"The army seeks to join hands with the entire nation to safeguard democracy," he said in a live broadcast on state television. “Violent acts that affect stability and security in order to make demands are inappropriate.”

The military has said it took power because November elections won by Suu Kyi’s party were fraudulent, an assertion dismissed by the country’s election commission. Suu Kyi remains in detention at an undisclosed location and many other figures in her party are also in custody.

New US and European sanctions this week increased external pressure on the junta, but the condemnation is not universal.

Diplomats said eight countries - Russia, China, India, Pakistan, Bangladesh, Vietnam, Laos and Thailand - sent representatives, but Russia was the only one to send a minister to the parade on Armed Forces Day, which commemorates the start of the resistance to Japanese occupation in 1945.

Support from Russia and China, which has also refrained from criticism, is important for the junta as those two countries are permanent members of the United Nations Security Council and can block potential UN actions.

In a warning on Friday evening, state television said protesters were “in danger of getting shot to the head and back”. It did not specifically say security forces had been given shoot-to-kill orders and the junta has previously suggested some fatal shootings have come from within the crowds.

Gunshots hit the US cultural centre in Yangon on Saturday, but nobody was hurt and the incident was being investigated, US Embassy spokesperson Aryani Manring said.

Author and historian Thant Myint-U wrote on Twitter: “Even after weeks of appalling violence, today’s killing of civilians is shocking both in nature and scale, with again children amongst the dead, and deserves the world’s concerted attention and help.”