Myanmar has suffered its bloodiest day of protests against a military coup in the country, with at least 18 people killed, the UN Human Rights Office says.

The UN rights office said it had credible information that at least 18 people had been killed in Sunday's crackdown on protesters in Myanmar as it strongly condemned the violence.

Myanmar security forces opened fire on protesters, killing at least eight in the bloodiest action so far to smother opposition to the military coup four weeks ago.

"We strongly condemn the escalating violence against protests in Myanmar and call on the military to immediately halt the use of force against peaceful protesters," Ravina Shamdasani, spokeswoman for the UN Office of the High Commissioner for Human Rights, said in a statement.

At least 18 people were killed & 30 wounded in #Myanmar today. “We strongly condemn the escalating violence against protests in Myanmar & call on the military to immediately halt the use of force against peaceful protestors," says spox Ravina Shamdasani 👉https://t.co/nqhVYtXZfv pic.twitter.com/sAvKPwR4F7

"Throughout the day, in several locations throughout the country, police and military forces have confronted peaceful demonstrations, using lethal force and less-than-lethal force that - according to credible information received by the UN Human Rights Office - has left at least 18 people dead and over 30 wounded.

"Deaths reportedly occurred as a result of live ammunition fired into crowds in Yangon, Dawei, Mandalay, Myeik, Bago and Pokokku. Tear gas was also reportedly used in various locations as well as flash-bang and stun grenades."

As the junta ratchets up its brutal attacks against peaceful protesters in Myanmar, the world must ratchet up its response. Words of condemnation are welcome but insufficient. We must act. I'm releasing a statement today w options for UN member states & the UN Security Council. pic.twitter.com/q34vaaoYky

Myanmar's junta is battling to contain a massive street movement demanding it yield power and release ousted civilian leader Aung San Suu Kyi, who was detained along with top political allies at the start of the month. 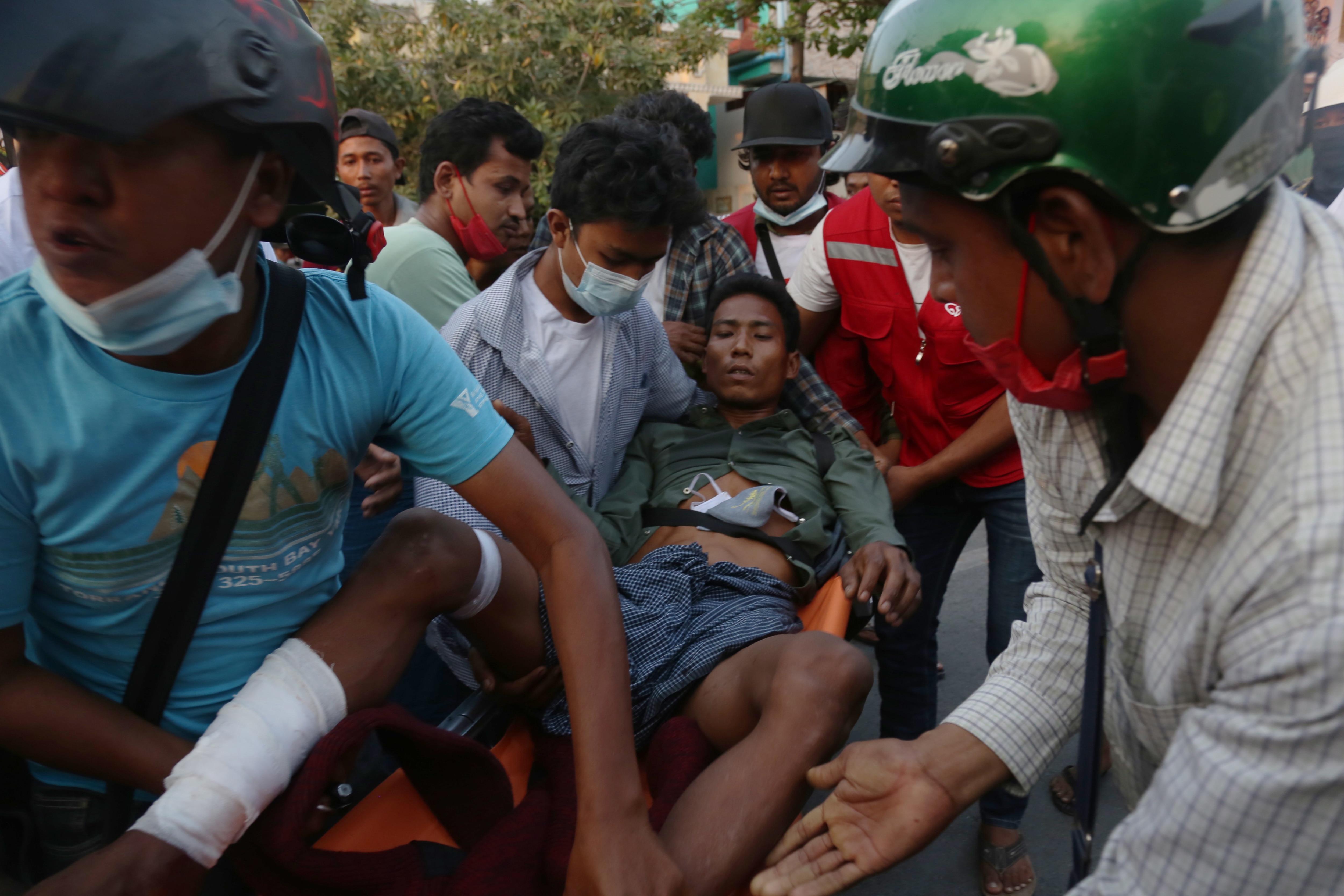 People carry an injured man after police cracked down on demonstrators during a protest against the military coup in Mandalay, Myanmar, 28 February 2021.
AAP

A spokesperson for the Department of Foreign Affairs and Trade also condemned the escalating violence on behalf of the Australian government.

"We are deeply concerned by the recent loss of lives in Myanmar and extend our condolences to the bereaved families," the spokesperson said.

"The escalating violence against peaceful protesters is unacceptable. We strongly urge Myanmar security forces to refrain from using lethal force against civilians."

Ms Shamdasani said the use of lethal force against non-violent demonstrators was never justifiable under international human rights norms.

"The people of Myanmar have the right to assemble peacefully and demand the restoration of democracy," she said.

"These fundamental rights must be respected by the military and police, not met with violent and bloody repression." 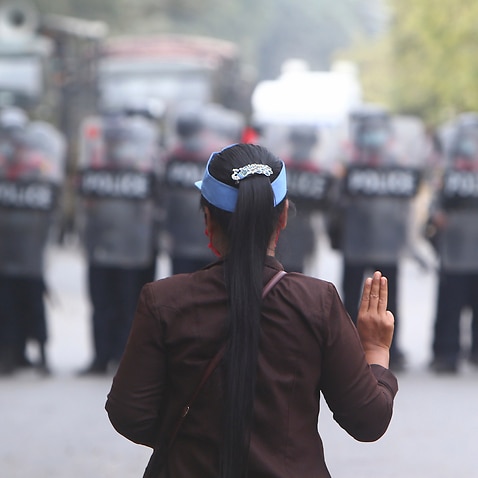 The office of UN human rights chief Michelle Bachelet also reiterated a call for the immediate release of all those arbitrarily detained, including members of the elected government.

"Today alone, police have detained at least 85 medical professionals and students, as well as seven journalists, who were present at the demonstrations.

"Over 1,000 individuals have been arbitrarily arrested and detained in the last month - some of whom remain unaccounted for - mostly without any form of due process, simply for exercising their human rights to freedom of opinion, expression and peaceful assembly.

"The international community must stand in solidarity with the protesters and all those seeking a return to democracy in Myanmar."