The ex-foreign minister of Somalia has been killed by a suicide car bomb near the presidential palace in capital Mogadishu, along with at least eight others.

Captain Mohamed Hussein told The Associated Press an additional 13 people were wounded and most of the casualties were soldiers. 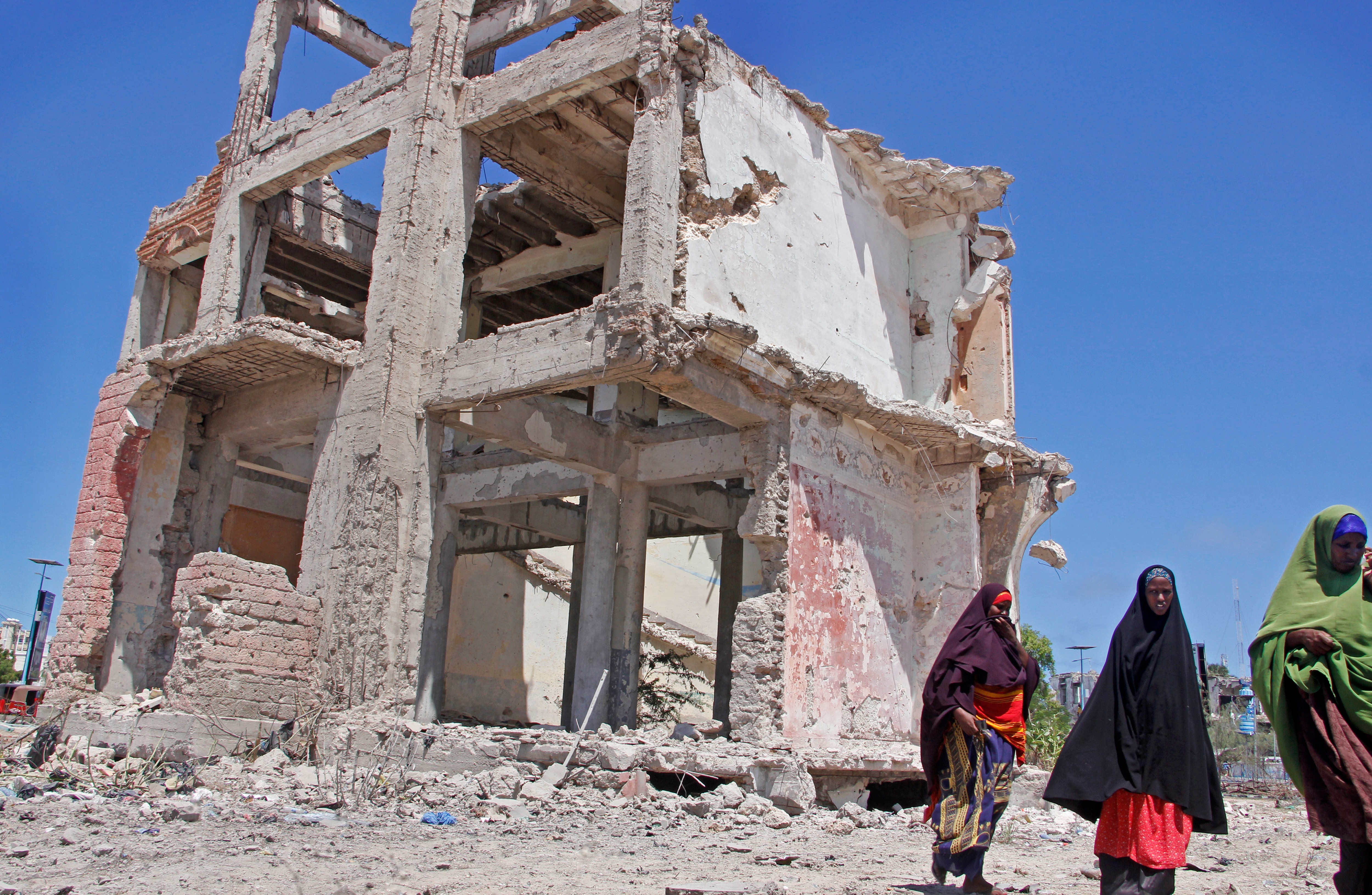 Somali women walk past a destroyed building after a suicide car bomb attack in the capital Mogadishu.

The car bomb exploded at a security checkpoint near the presidential palace as soldiers were conducting security checks on vehicles on the main road. A white column of smoke rose over the seaside city as gunfire rang out.

The al-Qaida-linked al-Shabab frequently carries out such blasts in the capital near the presidential compound and at hotels. Smoke billows from a suspected explosion in Mogadishu.
EPA

He told a UN Security Council meeting on Somalia that "al-Shabab continues to be a threat undermining our efforts to deliver security."